The ship for the transport of ballistic missiles completed tests

October 27 2015
61
The Russian vessel Akademik Kovalev, intended for the transport of the Bulava missiles with which the 955 submarine is equipped, returned from tests on Saturday, the portal reports Popular Mechanics. 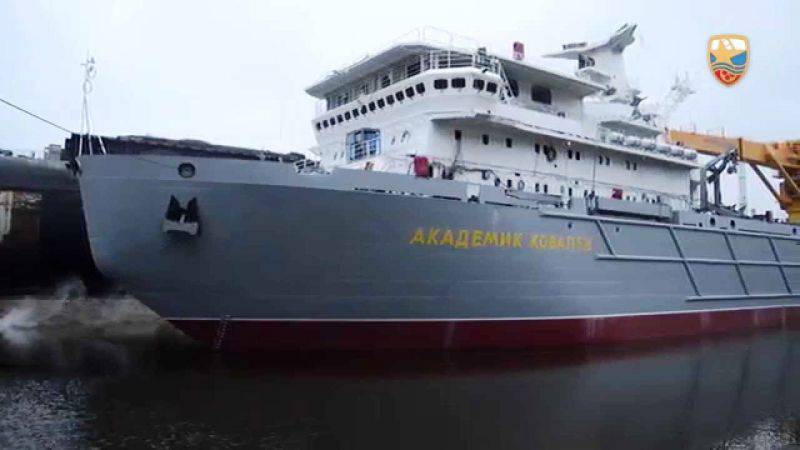 According to the newspaper, at the time of launching to sea, "the operation of general ship systems and mechanisms was tested, engines, steering gears were tested, noise was measured." On the test "Kovalev" out with weight and size models of missiles on board.

Resource Help: “Akademik Kovalev, MTV project 20180TV, was built on the basis of the Zvezdochka sea rescue tug (project 20180) and is a representative of a new family of support vessels for the Navy. Designed for loading, unloading and transportation of various types naval weapons. Its displacement is 6,3 tons, the speed is 14 knots, the crew is 60 people. The vessel is equipped with a cargo crane designed for 120 tons. "

Ctrl Enter
Noticed a mistake Highlight text and press. Ctrl + Enter
We are
Auxiliary vessels of the 20180 project replenish the Russian NavyCentenary Rescue Ship "Commune"
61 comment
Information
Dear reader, to leave comments on the publication, you must to register.