October 26 2015
40
The Turkish law enforcement forces, together with the army units, are conducting a counter-terrorist operation in the south-east of the country — in territories where Kurds are primarily living. During the operation, several militants were blocked in one of the houses in the city of Diyarbakir (in this city is located the NATO military base). According to Turkish sources, they all belong to the Islamic State terrorist group. 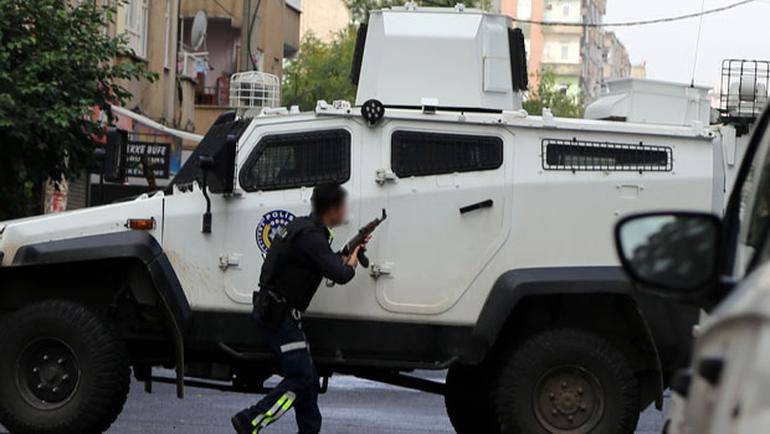 According to the news agency Interfax, during the battle four militants were destroyed. At the same time, law enforcement officers also suffered losses - two policemen were killed, several were injured. The death of police officers occurred after the explosion of an explosive device by terrorists. According to some reports, it could be a combat grenade.

After some time, Turkish sources spread the message that 7 terrorists were eliminated as a result of a shootout in Diyarbakir. Edition Hürriyet confirms the report of two dead police officers, adding that five police officers were injured. In addition, the Turkish newspaper writes that the 12 terrorists were taken alive during the special operation.

An official representative of the Turkish police reports that the counter-terrorist operation in Diyarbakir is not over.

Ctrl Enter
Noticed a mistake Highlight text and press. Ctrl + Enter
We are
Turkish security forces conduct special operation in the province of Diyarbakir (Turkish Kurdistan)The action “Military service under the contract is your choice!” In Rostov-on-Don: future contract servicemen, exhibitions and “Russian Knights”
40 comments
Information
Dear reader, to leave comments on the publication, you must to register.