October 26 2015
16
The US and South Korean naval forces began on Monday joint exercises, in which the nuclear aircraft carrier Ronald Reagan took part, reports RIA News the message agency rhenhap. The maneuvers will last for 4 of the day and have already provoked the DPRK anxious reaction. 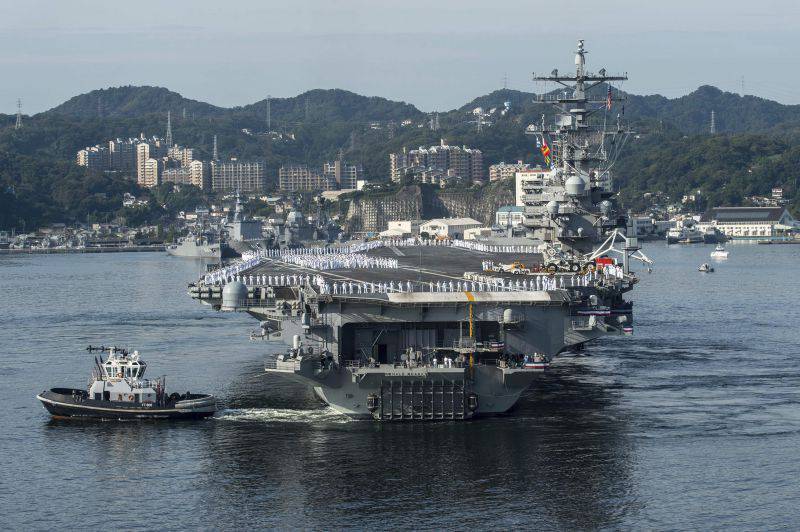 The Republic of Korea engaged in the exercises, among other ships, the destroyer Sejong-Tevanham, equipped with the Aegis anti-missile system, as well as patrol airplanes and other aircraft.

“These exercises are defensive in nature, they are aimed at increasing the defense capacity of the United States and the Republic of Korea at sea”- said a military source to the agency.

In the DPRK, the maneuvers are regarded as "an attempt to complicate the situation" and "preparing for war on the Korean Peninsula."

“Ronald Reagan” specially came to Kazakhstan from Japan to participate in the exercises, after which they would return back to the port of Yokosuka.

Ctrl Enter
Noticed a mistake Highlight text and press. Ctrl + Enter
We are
Media: The Pentagon does not exclude the transfer to the shores of the Korean Peninsula aircraft carrier "Ronald Reagan"North Korea promises a “sea of ​​fire" in response to "provocations"
16 comments
Information
Dear reader, to leave comments on the publication, you must to register.