October 27 2015
14
On the night of 21 on October 22, American special forces, according to media reports, released 70 Kurdish hostages in northern Iraq. In this case, one soldier died - the first loss of the US armed forces in this country since 2011, and the first in the struggle against the IS. Apparently, such actions will become regular, although, of course, they will not be able to change the overall situation on the fronts. Their goal is to strengthen the declining prestige of the President of the United States and especially of the Democratic Party before inexorably oncoming elections. But at the same time, to convince the Kurds and other allies, who were prepared for the role of cannon fodder, that the White House did not abandon them. A kind of PR campaign with guns. 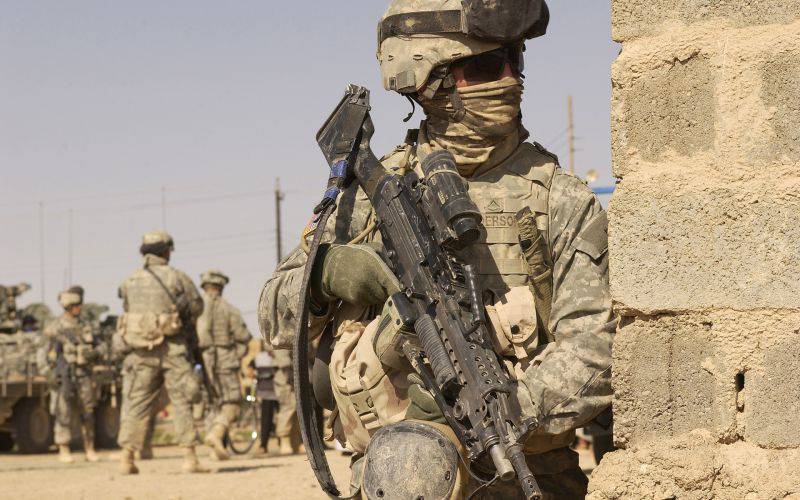 It is clear that the Americans do not intend to completely withdraw from Iraq, especially since the resulting vacuum is filling Iran more and more. Even the purely symbolic influence of Russia also worries the Pentagon. In the American media, not a day goes by without a story about how Obama “surrendered positions” in the Middle East. Apparently, the addressee of the charges was seriously annoying, and he decided to show that he was keeping the situation under control at least partially. In the end, not one Russian to show on TV spectacular images from the Middle East!

Anyway, the most powerful instrument of influence of the United States once again stepped into the game, albeit so far on a limited scale. There is no doubt that with a full-scale intervention, the Americans can, if not completely destroy the IS, then at least drive it deep underground.

If we assume that IS is an instrument of American policy, then he has already partially fulfilled his role. First, Washington received an almost legal excuse to intervene indefinitely in the affairs of the Middle East under the guise of fighting the Caliphate. Secondly, the leaders of the IG began to play their game on the political map, and they were given a black mark, because nobody is allowed to swim against the current in the unipolar world.

Americans tried out their long-standing strategy on the Islamic State: first they grow up some kind of regional force that attacks and occupies its neighbors, then “liberators” sail from overseas, who smash the enemy, but after the war themselves take its place for decades. In Europe, the Germans were used as troublemakers, the Japanese were in Asia, and in the Middle East 25 years ago, this honorable role was supposed to be played by the power of Saddam Hussein, although the invasion of Kuwait was not at all like a world-wide adventure. IG in the role of world evil looks more preferable, although it did not meet expectations. The seizure of Sunni territories of only two states is clearly not the level at which Congress succeeds in convincing to send troops. Perhaps it is for this reason that the United States decided to increase the supply of the "Syrian opposition", and not because of the Russian bombing. So in the foreseeable future we will see an increase in the activity of the IG with all the consequences.

In the near term, the fact that Obama has already vetoed the bill on the military budget for 2016 has already vetoed the year due to too much expenditure spelled out in it plays against intervention. Of course, the Senate and Congress can overcome the veto, but this is not a quick deal. So the invasion will obviously take place already under the next president.

If the White House still decides to intervene, then no doubt it will take part of the territory of Syria, which the Syrian army will not be able to prevent. In the occupied territories, a Sunni state will be created, but already without a pronounced Islamist shade and completely dependent on the United States. How much this state will be capable of without American bayonets is a separate question. So far, Washington has not been very successful in state-building in the occupied territories, judging by the example of Afghanistan and the same Iraq.

And finally, a few words about the position of Saudi Arabia, Qatar and all other sponsors of Islamists. Do the ruling regimes of these countries understand that they put a rope on their money, on which they will hang them? Apparently, yes, understand. But the trouble is that it is no longer possible to turn back - neither local radicals nor the United States, which traditionally try to keep Eastern despots on a short leash, will not understand this. Whatever the monarchs would say about their independence, its real degree is not much more than that of any Angela Merkel. In Saudi Arabia itself, even now militants and agitators of the IG are regularly caught, and it can be expected that their number will only grow. The danger of the ideological base of the “Islamic State” is precisely in the fact that in the modern phase it does not have a clearly defined national and even regional peg, which stimulates expansionism in all directions.

All this is in the hands of the architects of chaos. The more the Islam infection grows old and spreads, the less excuses will have to be invented for the subsequent invasion and total reorganization of the region. They say that the former states did not cope and slipped into the abyss of civil wars, and now they have to be bred for different apartment-countries. Everything is logical.

The liberation of the Kurds captured by the Islamists is a signal to all regional players that America, in the possibilities of which more and more doubts arise, is still strong and capable of doing what it wants. How much these statements are true, and how much bluff, it will become clear very soon.

We are in Yandex Zen
Crafts Kurdish militia: modernization of armored vehicles in northern Syria
Turkey against the Kurds. Is there a new phase of conflict ahead?
14 comments
Information
Dear reader, to leave comments on the publication, you must to register.