Four questions about the mission in Syria

October 23 2015
48
In fact, the Syrian problem has long existed in Russian foreign policy and in the Russophobic propaganda of our opponents. The article “Oil and Russian arrogance” (Oil and Russian hubris, “The Boston Globe”, 2 in March 2005 of the year) is quite typical in this sense, although ten years ago there was neither Putin’s famous Munich speech, nor the war with Georgia, nor accession Crimea. Nevertheless, the article was written as if yesterday, and Syria is mentioned quite clearly in it. In a word, already in those years it was clear that only strong could dictate conditions, but they did not consider Russia strong. 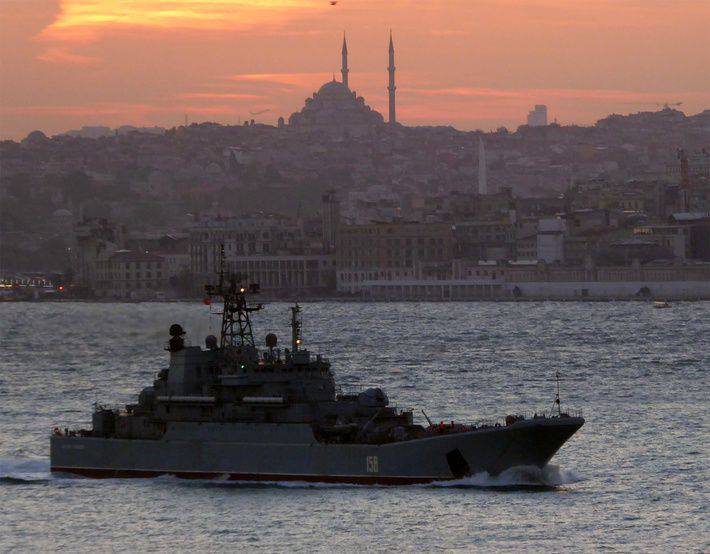 The visit of Bashar al-Assad to Moscow fueled the interest of Russian society in Syrian issues. It became clear that some crucial decisions were being prepared that should determine the fate of not only a single country, but also the entire region. The main question today is what goals Russia sets for itself and how well such goals are achievable. Any war has certain conditions, the achievement of which is usually considered a victory. The starting position of the Russian Federation at other negotiations, including the status of Crimea, depends on how convincing this victory will look.

But at the same time there are fewer questions, the answers to which the authorities should formulate at least for themselves, and better for the people. There are quite a few such questions, but they can be reduced to four main points if desired.

Of course, we are talking about real goals, and not about declared ones. The collapse of Syria has actually happened and cannot be saved. Russia will be able to fight with the IG only with the creation of a large land group, for the maintenance of which the economy hardly has enough money. Moreover, for the time being, the IS does not directly threaten the Russian Federation, in contrast to the same Saudi Arabia, which not only collapsed oil prices, but also began to select European commodity markets.

Thus, the objectives of the Russian Federation can be formulated as follows: a) preventing the IG to the coast in the region of Latakia and Tartus, as well as maintaining the power of Assad, at least over part of the country; b) redirecting the expansion of the Wahhabis to the south towards ideologically close Saudi Arabia and other monarchies. The ideological justification of the campaign is already ready: the liberation of Mecca and Medina from the hands of the Saudis.

Naturally, it is impossible to voice such goals directly, but the leaders of the IG will quickly understand that Russia: a) has no intention to destroy them right now, but will not let them go to the sea; b) silently, but aggressively offers an alternative way to the south.

All of the above is obvious to the ruling elite of Saudi Arabia. The situation for her is not just bad - it can be a disaster at any time. Riyadh has already engaged in the Yemeni campaign of all allies, even such distant ones as Pakistan, Sudan and Egypt. Reflect the second threat to him banal nothing and nothing.

If the real goals of the Russian campaign are precisely this, then everything looks quite reasonable.

The Russian group in Syria found itself in unique conditions. Even the USSR and the Russian Empire rarely waged wars in territories so cut off from national borders. Of historical examples can be recalled except that the Soviet participation in the civil war in Angola, and even then the scale there was much more modest. At the same time, the USSR had not only a mighty military fleet, but also rich civil shipping companies. With supplies in Angola, for example, everything was so good that the South African government in 1986 decided on a desperate step - sent special forces with the order to blow up Soviet bulk carriers with mines.

Now with the supply bases in Syria, there are many difficulties. The solution could be the use of civilian courts, which temporarily go under the flag of the Navy. Under international agreements, Turkey can inspect only civilian vessels, but not military ones. By the way, a similar trick when passing through the Bosphorus was used earlier by other countries, so there is nothing new here. According to Lenta.ru, the Navy has already purchased from three to eight decommissioned dry-cargo ships in Turkey, which will soon raise the flag of auxiliary vessels. The first such vessel was the "Dvinitsa-50". But will there be enough of these capacities?

Another issue is related to the timing of the campaign. Chairman of the State Duma Committee on International Affairs Alexei Pushkov already called 3-4 of the month. It is clear that during this period ISIS cannot be defeated, even with two hundred thousandth contingent and hundreds of aircraft in Syria. October 19 Valentina Matvienko also said that the Syrian campaign will not be protracted. Apparently, a certain consensus has been reached on this issue in the Russian establishment.

So, Moscow is betting on a time-bound war. Why? There can only be two explanations.

The first assumption is that Moscow needs not complete victory, but some limited military success. The most vivid example of such tactics is the 08.08.08 war, at the final stage of which the advancing Russian columns were stopped one step away from the capture of Tbilisi.

The second assumption is much more alarming: the country's leadership received information about the forthcoming aggression against the Russian Federation itself or one of its most important allies. Assad and the current government of Syria, with all due respect to them, are not as important ally as, say, Belarus. Naturally, any citizen will have a natural question: what kind of military threat are we talking about.

The law on classifying losses in peacetime opens up wide scope for Western, Ukrainian and other Russian-speaking media to influence our public opinion, frankly overestimating Russian losses in Syria. Since there will be no official data in the Russian Federation, the Russians will have to rely on rumors, conjectures and outright disinformation, which will flow in a wide stream from abroad. How dangerous this information sabotage is can be seen in the example of Imperial Russia in the First World War, which lost not on the battlefield, but on the domestic front.

The rush around Syria is quickly eroding, while Ukraine is here, very close. And in this infinitely important area, Russian diplomacy can only be presented by the Minsk agreements, which are more like the Khasavyurt agreements.

In fact, there are more questions than four. For example, how does Moscow see the completion of the Syrian campaign, not only in terms, but in essence? Is there a consensus in the Russian leadership on this issue? Or what if the “moderate opposition” fails to sit down at the negotiating table? Or if the same opposition almost immediately abandons the just-signed agreements?

I don’t want to repeat common truths, but the authorities should present the society with convincing answers to all the questions indicated earlier than Voice of America does.

Ctrl Enter
Noticed a mistake Highlight text and press. Ctrl + Enter
We are
Russian Arms Expo-2013: exhibits and statementsStrangulation: the context, conduct and consequences of the American naval blockade of China
48 comments
Information
Dear reader, to leave comments on the publication, you must to register.