The head of the RF IC Alexander Bastrykin said that Yatsenyuk was involved in the events in Chechnya in the 1994-1995 years, it became known from the statements of Sashko Bilogo

October 21 2015
75
Received its continuation историяrelated to the statements of the head of the Investigative Committee of the Russian Federation, Alexander Bastrykin, that the current Prime Minister of Ukraine, Arseniy Yatsenyuk, in 1994-1995 participated in the fighting in Chechnya on the side of the militants. When Bastrykin made such a statement for the first time, his words caused a mixed reaction. Yatsenyuk himself did not stand aside and, through his press secretary, decided to comment on the accusations of Bastrykin, calling them "Kremlin propaganda." 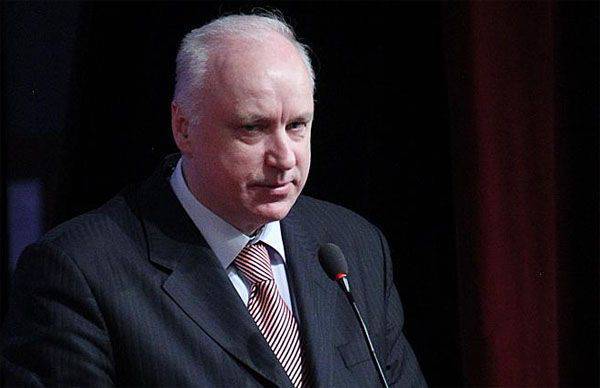 According to Alexander Bastrykin, the RF IC has materials in its possession in which Yatsenyuk’s participation in the gangs in Chechnya is confirmed by the words of Alexander Muzychko (also known as Sashko Bily, killed in Ukraine last year).

Alexander Bastrykin:
We have a documented statement by Sashko Bilogo, under whose leadership Yatsenyuk fought in 1994 against the federal forces and was destroyed by his own, because he had a very long language. He (Muzychko) then in Chechnya declared to his comrades-in-arms that "if we win in Chechnya, then we will take Ukraine into our own hands."

Further, the head of the TFR told the audience at the conference that Yatsenyuk returned to Ukraine through the territory of Georgia in 1995.

Specific materials with statements A. Muzychko head of the RF IC has not yet demonstrated.

We are in Yandex Zen
On the facts of the atrocities of Sashko Bilogo in Chechnya, the UK opened a criminal case
75 comments
Information
Dear reader, to leave comments on the publication, you must to register.