All "krymchanok, daughters of the officer" - on a pencil 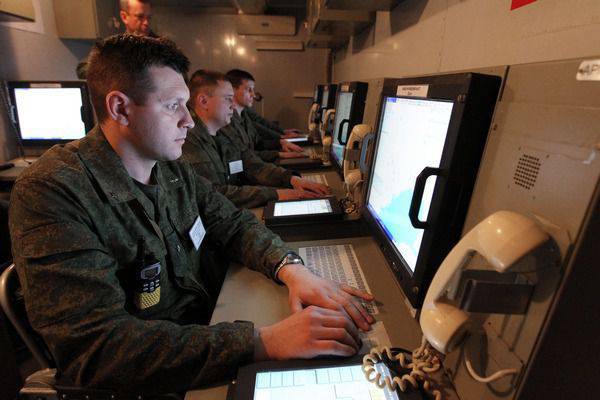 It would be strange to wonder about why it was decided to create a part of the SIV on the Crimean peninsula. Since the moment Crimea seceded from Ukraine and became part of the Russian Federation as two new subjects (the Republic of Crimea and the city of Sevastopol), the information pressure in this direction from the Western and Ukrainian “friends” has reached peak values. It all started with the famous “I myself am a Crimean, the daughter of an officer ...”, whom everyone had to believe that “in Crimea, everything is not so simple.” And then the mass media, financed both directly from the US budget or from oligarchic pods of Ukraine, and indirectly through numerous NGOs, went into the real bulk, in which, as they say, "all means are good."

Materials were being replicated in social networks about “military invasion”, about “forceful annexation”, about how the referendum was held “under the guns of automata”, about “empty shelves” and “starving Crimeans”, about “new deportation of Crimean Tatars together with the Crimean Greeks, Armenians, Jews and, of course, Ukrainians. ” All this disinformation sewage system does not stop overtaking the foul-smelling substance today.
For obvious reasons, those who still have plans to tear the Crimean Peninsula away from Russia, in addition to wandering artists in the person of Dzhemilev, Chubarov and a group of Pravoseks who are unoccupied in the ATO zone, have more serious mechanisms that are being created to counter the Russian Federation. The opposition is not only the publication of all sorts of nonsense about the “hungry Crimean Tatar children”, but also the desire to get access to the very channels of communication that can improve the security system in the Crimean Federal District.

It would seem, well, again some kind of paranoia - well, what other access to special communication channels and the information field in the Crimea from the “friends of Russia” can we talk? In fact, the interest in gaining access to the Crimean information field, and indeed to the information field of Russia from “friends” is more than serious. In the West, they are not ready to come to terms with the fact that the popularity of various “Voices of America” and other “free radio stations” has fallen in Russia below the baseboard. Information of these mass media that are trying to “democratize” the people of Russia today are interested in either adherents of ultraliberism and professional advocates of overseas interests, or experts, as they say, “at the laboratory level” - to study the habits and behavioral reactions of these ...

To ensure that the Russian information environment does not finally come out of “democratic” control, Western “partners” decided to create a new division on the old “platform”. Thus, on the basis of the main office of Radio Liberty in Prague, a “media workshop” appeared, whose duties include, for example, monitoring social networks in order to “right democratic” posts in the style of “not everything is so simple” suddenly “wrong” comments did not appear in the style of “why the Crimean woman, the officer’s daughter, is an American location?” Media Workshop, called DIGIM, structurally joined the Broadcast Management Board with its headquarters in Washington (DC, USA). This was written at the time "News".

The Broadcasting Board of Governors (BBG), which oversees Radio Liberty and Voice of America, is funded upon request from the US Congress. This office does not hide the focus of its Russian-speaking activities. Here is a quote from the BBG program:
(...) The US international media is the main driving force in the fight against the information pressure of the Russian government.

This is reported after the program document provides information about the “infringement of freedom of speech in Russia”.

One of the most important information (or, rather, misinformation) directions of DIGIM activity is connected precisely with the state of affairs on the Crimean peninsula. The main means of disseminating misinformation or the distortion of Russian data on the Internet are social networks.

Favorite publications are connected with “violation of human rights in the Crimea”, “chains of ships delivering the corpses of dozens of killed Russian marines from Syria to Sevastopol”. In conjunction with the media workshop, funded by the US Congress, for example, the portal http://www.rus2web.com, which tells in detail about the activities of the foundation of Mr. Navalny and publishes materials that the “Committee of Soldiers' Mothers of St. Petersburg” is extremely concerned about the reluctance of the Justice Ministry to remove it from the list of foreign agents.

But the “media workshop” DIGIM in Prague is only the visible part of the iceberg. In the depths of information - work aimed at obtaining the most important information of defense, technological nature, access to secret channels of communication, which is no longer the ordinary "diggers" of social networks.

In this regard, it can be said that the creation of a part of the Russian Military Intelligence Unit in the Crimea is an objective necessity that will allow the process of improving the security system in the region to be implemented regardless of what “voices” and “freedoms” will be connected by “partners” with the aim of new their attempts to inflict information and disinformation strikes on Russia.