October 21 2015
53
On Monday, the President of South Ossetia, Leonid Tibilov, caused a real sensation. During the meeting in Vladislav Surkov, he announced his readiness to hold a referendum in the republic on the issue of joining Russia. Although the press secretary of the Russian president of the Russian Federation announced the next day that Surkov and Tibilov did not discuss such a delicate subject, questions could not help but remain. Was the statement a test step to probe the international reaction, both official and unofficial? And if so, what conclusions did they reach in Moscow? 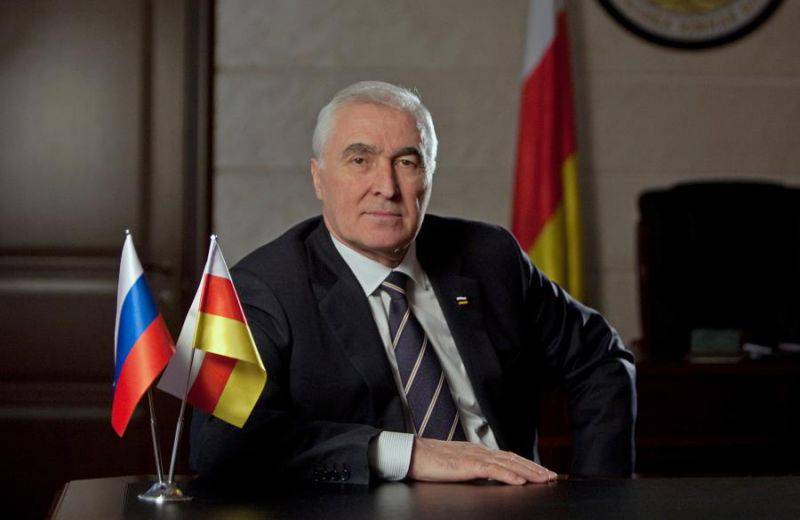 Since 1991, two referendums on the status of the republic have already been held in South Ossetia, but the third, if it takes place, will have a special international background. The fact that 10 or 20 years ago was only a local confrontation, of little interest outside the Caucasus, is now becoming a full-fledged front of the global struggle, which automatically raises the stakes to dizzying heights.

Of course, South Ossetia would like to join the Russian Federation a long time ago, unlike Abkhazia, where the idea of ​​national independence was traditionally strong. Does the republic deserve it? Of course yes. And with its many years of struggle for the reunification of the people within one state, and for many other reasons. In the end, even Russian rubles went to South Ossetia long before the 2008 war of the year, not to mention the long-term military presence of Russian military personnel. However, Moscow now cannot act recklessly, given the difficult foreign policy situation.

In general, of course, the referendum does not guarantee its recognition, let alone more decisive steps towards integration. It is enough to remember about what different fates were waited by people's expressions of expression on the one hand in the Crimea, and on the other - in Donetsk and Lugansk. Recognition of a possible referendum in South Ossetia, and especially its inclusion in the Russian Federation, will look extremely unattractive in relation to the four million Russians of Donbass. So, if the idea of ​​a referendum was a purely local initiative, then from Moscow, most likely, they will be asked not to hurry.

The other side of the possible accession of South Ossetia to Russia is the possible reaction of Georgia and the USA. There is no doubt that it will follow and will be very tough. By the end of 2015, Georgia had restored the ground part of its armed forces badly battered in that war. Frankly, the army is now the only branch of the military, since after the 2008 war, the years the Air Force and Navy were abolished. All these years, it has been actively replenished with equipment: Israeli, American, Turkish, and, in fact, Georgian. American money in Georgia was not only created their own armored cars, but also their own BMP and MLRS, although it is still not clear what percentage of domestic components they have and how many such systems are actually in service.

The United States will react differently, and this reaction will obviously be much more serious than in 2008. And the point here is not at all in Georgia, to which nobody in Washington really cares. The only superpower stands before the line beyond which the world hegemon turns only into the “first among equals”, which is absolutely not allowed. After all, the United States did not even face the challenge of the PRC with its powerful economy, but the Russian Federation, which was not taken seriously for two decades. So the appearance in this Transcaucasian republic of the US Marine Corps does not look fantastic. Contrary to popular belief in Russia, it was the Democrats who unleashed most of the American wars of our time. It is a coincidence or not, but on the day after Tibilov’s statement, the destroyer of the U.S. Navy U.S. Porter (USS Porter DDG 78), assigned to the 2nd Atlantic squadron, entered the port of Batumi. fleet.

Of course, even America can be defeated, especially in a local conflict in the region, in which Russia has always been stronger. But this will have to fight for real, leaving talk of "common values". The war is a special environment: either you go to the end and you get everything, or you lose and you lose everything, including your head.

In fact, the United States does not even need to intervene on its own. It is enough for them to push Tbilisi to active actions, and in parallel, Kiev and Chisinau, so that they could stand against the Russian army in Transnistria. Russia can get two wars at once, not counting Syria, where the situation is also far from simple. If we recall that the Russian financial elite is tied to the United States, then we can expect the simultaneous collapse of the national currency under the guise of "market reaction to the start of hostilities." All this will have to be taken into account when developing further actions in the Transcaucasus, where the situation is more tense than ever.

At the moment, the last state to join the Russian Federation is the Republic of Crimea, at the time of its accession, a partially recognized state recognized only by Russia. Seventy years before that, on October 11 of the year 1944, the Tuvinian People's Republic was included in the RSFSR, which was also partly recognized as a state that had diplomatic relations only with the USSR and foreign Mongolia.

We are in Yandex Zen
The issues of the "summer" referendum on the future status of South Ossetia were voiced. Poll "IN"
South Ossetia wants to Russia. How will the republic solve the problem of reunification?
53 comments
Information
Dear reader, to leave comments on the publication, you must to register.