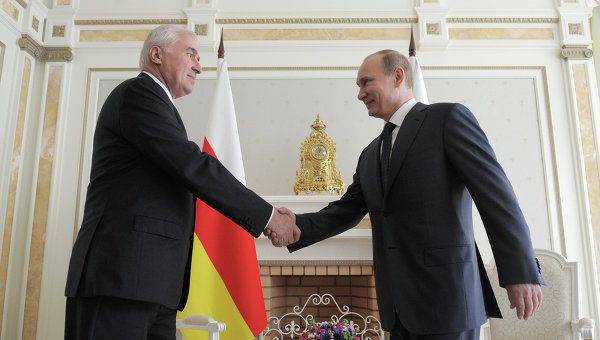 “Today's political realities are such that we must make our own historical choice, we must reunite with fraternal Russia and for many centuries ensure the security and prosperity of our republic, our people, ”RIA quoted him as saying. "News".

The leader of South Ossetia noted that all steps to implement the results of the referendum will be carried out only after agreement with the Russian side.

“I intend to involve the widest sections of the population in organizing a referendum, and I will appeal to the leaders of political parties and public organizations. I am sure that political parties and the public will support me. The referendum, of which I have no doubt a positive outcome, will allow us to rally our people, will lead to the renewal and revitalization of all the positive processes in society, ”he added.

In 2008, Georgian troops attacked South Ossetia, destroying part of its capital. To protect the inhabitants of the republic, Russian troops were deployed there, displacing the Georgian military.

Ctrl Enter
Noticed oshЫbku Highlight text and press. Ctrl + Enter
We are
The action “Military service under the contract is your choice!” In Rostov-on-Don: future contract servicemen, exhibitions and “Russian Knights”
Military Reviewin Yandex News
Military Reviewin Google News
91 comment
Information
Dear reader, to leave comments on the publication, you must to register.