Do not be afraid of war: neither ordinary nor nuclear

October 20 2015
103
Increasingly, the world's media, experts, historians, analysts and politicians are raising the themes of a possible world war in which the United States, Russia and China will participate. It is believed that the war between the great powers with the use of conventional weapons is inevitable. And it should not be afraid of her. Moreover, there are pluses: war accelerates progress. Someone else is sure that one should not even be afraid of nuclear war. 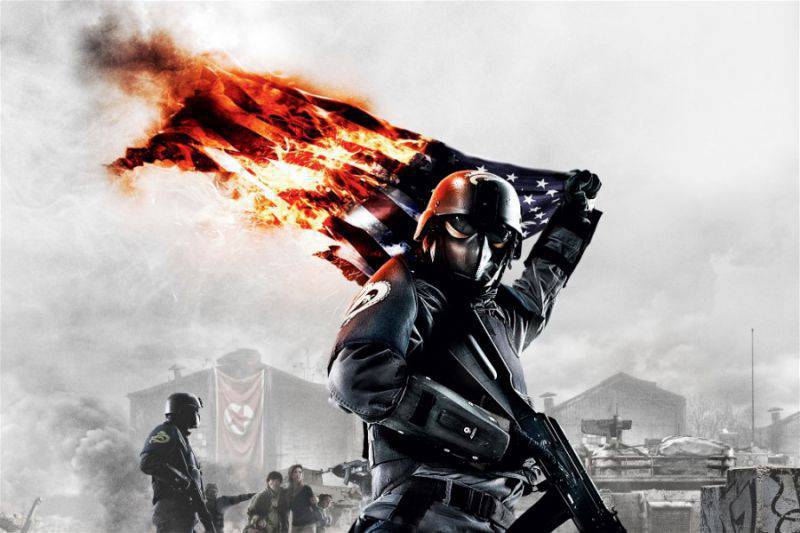 Rick Searle, associate professor of political science and stories for Delaware Valley College, a writer, analyst and scholar of the Institute of Ethics and New Technologies (IEET), asked himself: “What makes war between the United States and China or Russia unavoidable?” The scientist tried to give an answer in an article on the website IEET.

The scientist reminds that there is a dangerous and not a new idea, which is being talked about today: they say, ordinary war between great powers is inevitable, and it represents a much smaller threat to the existence of mankind than anyone thinks. Moreover, it is even necessary for the progress of mankind.

The emergence of such an argument in favor of war has replaced the preceding assertions about the obsolescence of the concept of war, because history is characterized by trends aimed at prosperity and peace. However, they said the same thing in the 19th century. There were many who claimed that war was becoming unnecessary, since peaceful global trade made it possible to make profits where war was previously required. Opponents of these "peaceful" ideologues, in turn, stated that war was the main vector of human progress and that without it, people would have degraded.

Argument with clearly racist overtones, right? It is because of racism that such statements about the degradation of mankind without war in intellectual circles are not customary to discuss. But instead, the war was tied to technological development: supposedly, without war in general and the great war for power in particular, people are doomed to a technological dead end. This was written, for example, by Ian Morris (Ian Morris) in the book "War What is it Good For?"

Supporters of such technological “progress” for some reason do not take into account one simple thing: the conflict between the great powers can lead to a tragic prospect of an exchange of nuclear strikes. Perhaps the war drives progress, but it is better to move forward at a snail's pace than to return to the Stone Age through similar conflicts.

Nevertheless, some people cite the argument that a nuclear war will not completely destroy the civilization of earthmen. But it is unlikely the broad masses will believe in this thought. Another thing is the dissemination of the idea that the great powers could collide with each other and still somehow miraculously avoid the use of all the power of their conventional and nuclear forces, even under the condition of terrible losses.

This is written, for example, by Peter W. Singer and August Cole in the book “Ghost Fleet: A novel of the Third World War”, in which outlines the fictional story of the Third World War using exclusively traditional weapons. The war is fought mainly on the sea and goes between the United States, China and Russia.

This book has been the subject of much research. Perhaps it really shows quite well what the war will look like in the next ten to fifteen years. If only its authors are right, in the wars of the future unmanned vehicles will operate under the ground, on the ground, in the air and at sea - in short, everywhere. Military operations will be conducted with the help of artificial intelligence.

Cyber ​​attacks in the future will be a natural theater of operations. Yes, and outer space, too.

In the Third World, the achievements in the field of neurology and bioelectronics will be applied, at least where it is necessary to conduct “extended and brutal” interrogations.

The war will begin with a Chinese or Russian attack on US satellites, and this attack will “effectively blind” the US military. Some American equipment is vulnerable because the elements of its devices are made in Chinese factories.

As for the war at sea, everything in the book is “standard”: a sudden attack by the Chinese and Russians on US forces in the Pacific Ocean. Most of the american fleet destroyed, Hawaii captured.

The problem of the authors is that they do not give themselves something in some report. Are people able to control such conflicts? Without thinking about it, the authors do not remind that everything should be done to avoid conflicts. The book draws a conflict, clogged in the waters of the Pacific Ocean. Neither the possibility of an exchange of nuclear strikes or strategic bombardment is taken into account. But how can this be in reality? Rick Searle strongly doubts this.

The uniqueness of the historical works of Herodotus is that at that time, for the first time, one people tried to really understand their enemies. “The Greeks, as far as I know, were the first and only ones here,” the analyst notes.

In the book “Ghost Fleet”, the Chinese are reduced to the level of some kind of cardboard villains, with whom someone like D. Bond must fight. The American control over the Pacific Ocean is fully justified, the “heroes” of Washington are declared models of virtue.

The weakness of such book "prophecies" is that the true imagination is inaccessible to their authors. The motives, prerequisites, as well as “deep historical grievances,” which would probably lead the Chinese or Russians to any such conflict, are not even outlined in the book.

And it is here that Rick Searl sees the main problem - “lack of understanding.”

It is this misunderstanding that makes the great wars of humanity, if not inevitable, then, in any case, more likely.

Many foreign experts, we will add on our own, now hint that the leading powers are now going to war. However, it is still possible to avoid it.

Recently, one expert considered a way to circumvent the military situation in relation to the PRC and the United States.

On the path of the coexistence of two states - China and the United States - on the international stage are many “traps of Thucydides,” says the political scientist S.N. Fukidida at the Free University of Berlin and the American School of Classical Studies in Athens, political scientist. Jaffe. He shared his opinion with The National Interest magazine (the source of the translation is the website RIA News".

The “trap” referred to in the article is described by Thucydides in the History of the Peloponnesian War. The two sides of the conflict, the Delian Union (Athens) and the Peloponessian Union (Sparta), were held hostage by the inevitable war caused by Sparta’s fear of the growth of Athens’s power. Nowadays, theorists use the concept of "traps" to describe the relationship between the United States ("governing power") and the PRC ("rising power"), RIA notes "News».

Getting into the “trap of Thucydides” for the United States and China does not mean that war is inevitable, but it means that the tension in Chinese-American relations will be heating up due to the appearance of attractive and dangerous interpretations of “national interest”.

“The Peloponessian war became inevitable (or, in other words, necessary) when Athens and Sparta no longer saw her as an alternative,” indicates Jaffe. In his opinion, the United States and China should try to avoid just such a scenario in the conditions of special interconnectedness of the ways of their development.

According to the scientist, Mr. Obama and Comrade X can fall into the “trap of Thucydides” if they refuse to recognize the deep contradictions that cannot be avoided (and this cannot be done now) due to a change in the balance between the two states.

The same thing, we add from ourselves, can be characteristic of the deteriorated relations between the United States and the Russian Federation. If Washington refuses to recognize the changed geopolitical situation and continues to call Russia a "regional power", then people from the White House, the State Department and the Pentagon, as well as from NATO, where Washington plays the first violin, cannot avoid the "Fukidida trap". Russia, too, will fall into it if it means “deep historical grievances”, and not insist on diplomacy.

Oh, the “trap” would have disappeared, try the White House on the model of no longer Fukidida, but Herodot “understand your enemies”! But American strategists are used to planning not understanding, but denying everything that does not fit into their hegemonic doctrine. In addition, to understand the enemy - it is too difficult and fraught with concessions; another thing is to kill and become a winner, thereby confirming the status of a “great power”.

This is why Professor Searle writes that misunderstanding makes the big wars of the future more likely.