October 15 2015
61
Representatives of the so-called "Mejlis of the Crimean Tatar people" operating in the territory of Ukraine, not without pride, report that one of their leaders, Mr. Dzhemilev, was awarded the award "People's Hero of Ukraine". Attention is drawn to the fact that the award to Dzhemilev was presented by another “hero” - Mikhail Saakashvili, who is currently in charge of the head of the Odessa RSA. 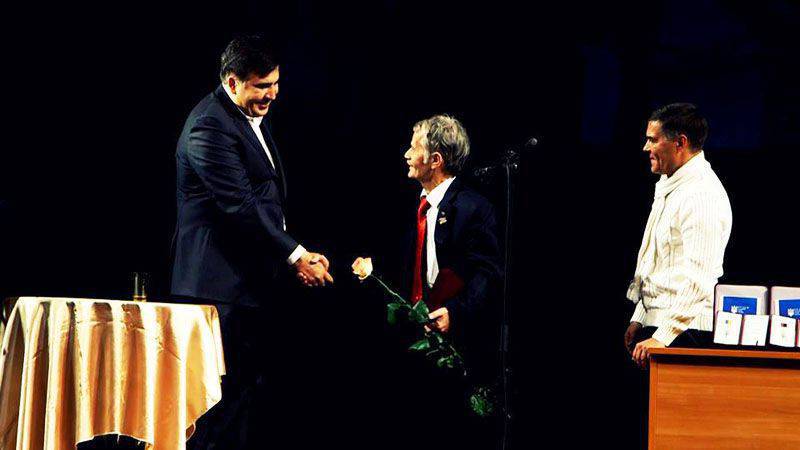 The Facebook page of the Mejlis contains the message:

Mustafa Dzhemilev was awarded the Order “People’s Hero of Ukraine”.

The award was presented to him by the ex-president of Georgia, the governor of the Odessa region, Mikhail Saakashvili.

The award ceremony was held (...) on October 13 in the Odessa Opera House.

The Order “National Hero of Ukraine” is a Ukrainian non-state award, founded in 2015 year. The Order is awarded to citizens of Ukraine and citizens of foreign countries for outstanding services in the defense of Ukraine’s independence.

The certificate was signed by the head of the people's Rada, Georgy Tuka: 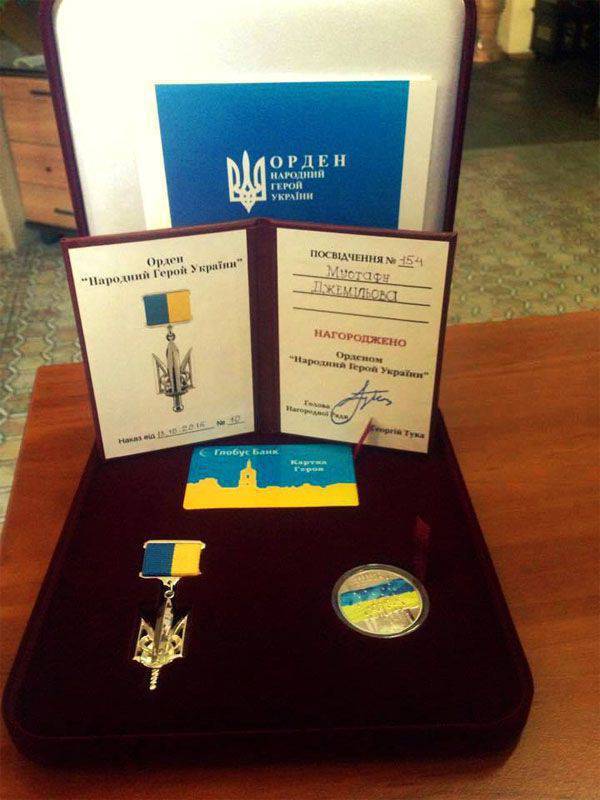 It is reported that along with the title of “People’s Hero”, Dzhemilev received an award in the amount of 30 Silver Pads one thousand hryvnia. Of course, this is not the amount that last year was handed over to a professional Crimean Tatar by his American curators, but for Dzhemilev, it seems, any handout is a balm for the soul, for a long time, I must say, sold ...
Ctrl Enter
Noticed a mistake Highlight text and press. Ctrl + Enter
We are
Dzhemilev is looking for 24 million dollars to create a "Crimean Tatar battalion"Dzhemilev: "Crimean Tatars live with expectations of the end of this nightmare"
61 comment
Information
Dear reader, to leave comments on the publication, you must to register.