October 15 2015
128
In a report on religious freedom in the world published yesterday by the US State Department for 2014, Russia was recognized as a dysfunctional state and ranked on a par with Burma and Iran, reports RIA News. 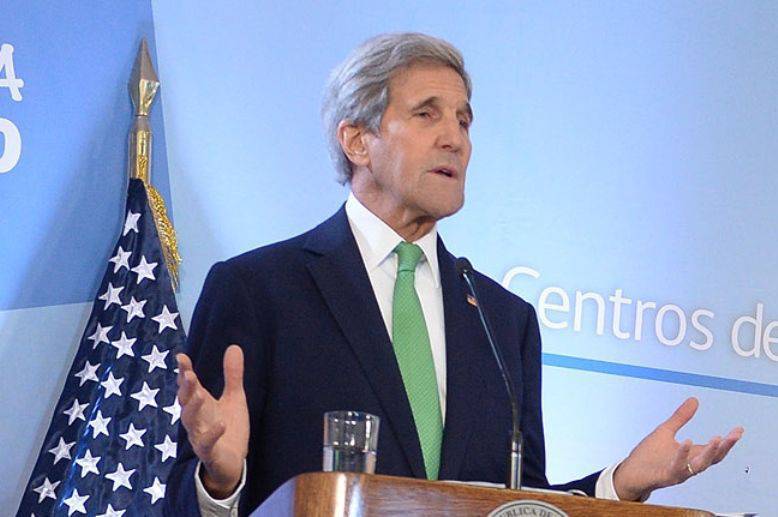 “Unfortunately, the pages of this report, which has been published today, contain reports on the violation of the rights of religious minorities in such countries as Burma, Iran, Pakistan, Russia, Saudi Arabia and many others,” said John Kerry in his commentary.

At the beginning of the section on Russia, it is noted that in the country "Christianity, Islam, Judaism and Buddhism are recognized as traditional religions with recognition of the special role of the Russian Orthodox Church, which is granted privileges like no other religious group."

“The government generally did not prohibit (in 2014) the activities of established Judeo-Christian religious groups, but introduced prohibitions restricting the activities of religious minorities. The government’s actions included the detention and detention of members of religious minorities ... Police conducted raids on such groups in private homes, places of worship, confiscating religious publications and property, ”the report says.

It is also alleged that “using anti-extremist legislation, the authorities withdrew registration from such groups or refused to register them, limited their ability to buy land and buildings for worship, and did not return property confiscated during the Soviet years.”

In addition, the State Department is still concerned about the situation with anti-Semitism in the country.

The report is accompanied by examples of such violations, indicating the organizations, place and time of the events and their participants.

Such reports are published annually, and each of them contains criticism of Russia. The Russian Foreign Ministry called these documents "tendentious and containing the same set of claims."

Ctrl Enter
Noticed a mistake Highlight text and press. Ctrl + Enter
We are
Reports from the militia of New Russia for 7 September 2014 of the year
128 comments
Information
Dear reader, to leave comments on the publication, you must to register.