October 14 2015
46
What is happening in Ukraine is often compared to the “gopak on a rake.” The image of a man in red trousers, performing national dance on garden tools, quite accurately describes the principle of projecting the Ukrainian mentality on the external and internal policies of the state. However, the sketch clearly lacks one detail.


From the moment a Svidomo dancer lands on a rake and until his forehead meets a handle, it usually takes very little time. What then is to be done with “zrads” stretched in the space-time continuum? For example, such: 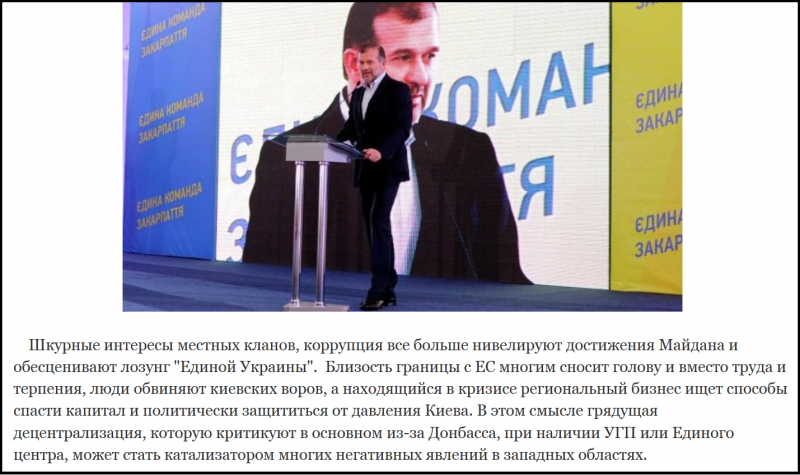 In this case, we are talking not so much about the incompetent actions of the current Ukrainian government, but about the processes launched in the distant 1991 year.

In the early nineties, the Ukrainians themselves convinced themselves that all the troubles of the people stem from the central government; in the fact that it is “malicious wickedness” that plunders potentially rich and successful regions. 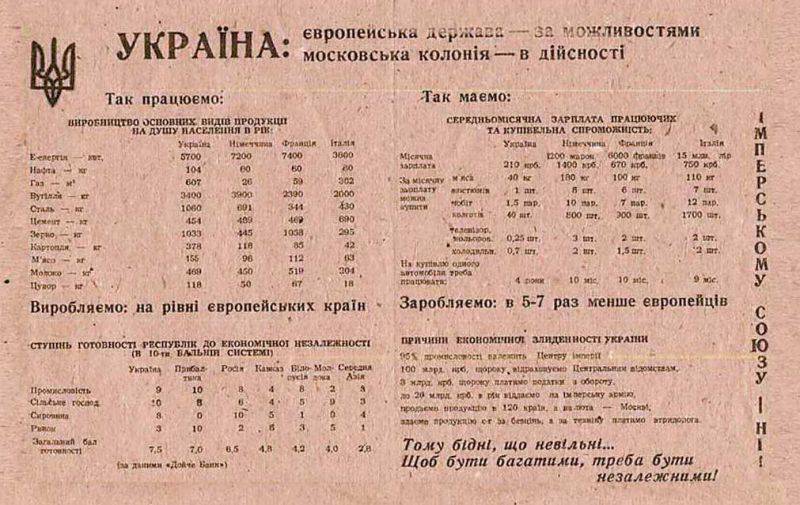 Over the years, these sentiments have not gone away. Simply, “Muscovite curtains”, who ate fat, quite naturally transformed into cursed “Kiyans”. All these 25 years the centrifuge of decentralization of Ukraine did not stop its movement. It was just that for some time it was possible to stop its acceleration, which has resumed today with a new force.

That is why I believe that the expression “gopak on rakes” does not fully reveal the essence of what is happening in the neighboring country. To complete the image before performing a folk dance, the daring “kozak” must necessarily be given a boomerang in his hands, which he must throw. And throw as much as possible and as far as possible.

Today we are witnessing a predictable moment, when, launched long ago, the projectile again appeared on the horizon and was approaching the thrower at an awesome speed.

Someone from the audience He has already noticed and indignantly exclaims, they say, this is wrong and it should not be so! The boomerang of separatism simply had to cling to the tree and fall ... but instead continues its swift flight towards the back of the dancer's head.

You can be indignant and shout as much as you like, but this will not affect the situation in any way. The center of separatism naturally moved to the west, and the collapse of the country is already inevitable. It is only a matter of time, and no mountain assault brigade in Bukovina can stop this process.

However, in the West of Ukraine there are quite sensible people, ready to extract the maximum benefit from the current situation. The same Galicia, always striving to become part of the Western world, has good chances to realize its dream. Now their main task is to correctly choose friends. Romania, Hungary, Poland are able and willing to administer the western territories of Ukraine, and will do it much more efficiently than Kiev, which failed in all respects.

So, probably, the best option for both Galicians and residents of other western regions would be to just wait for the inevitable knockout of a unitarian dancer and quietly leave the circus building called Ukraine.

We are in Yandex Zen
About Stalin and Khrushchev
What you didn't want to know about England
46 comments
Information
Dear reader, to leave comments on the publication, you must to register.