October 12 2015
94
The Turkish General Staff said that on Saturday, the air defense systems in Syria had captured a group of three F-16 fighter jets in the Turkish-Syrian border area as targets. 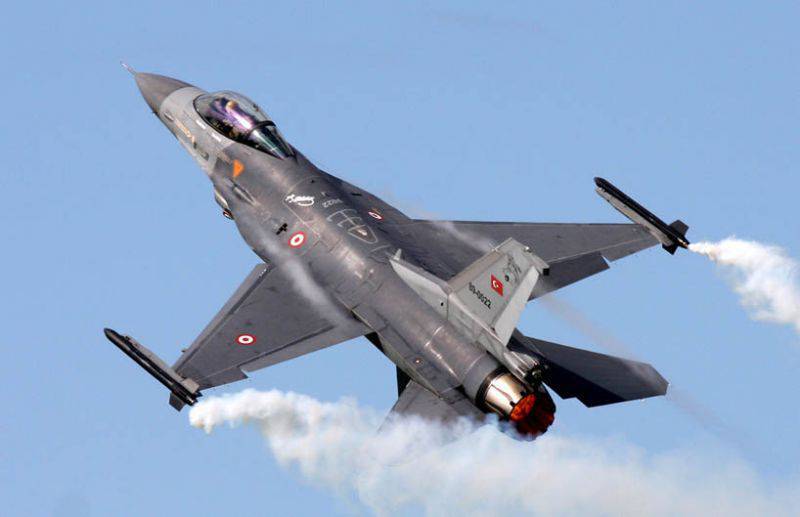 “October 10 The X-NUMX F-12 fighters of the Turkish Armed Forces patrolled the Turkish-Syrian border. During this task, the air defense systems deployed in Syria captured three of our aircraft as targets on the radar for 16 minutes. Airplanes of the Syrian Air Force Su-2 and Su-22 also held our aircraft as a target on the radar for 24 seconds, ”- quotes an excerpt from the document RIA "News".

This is not the first incident with Turkish aircraft on the Syrian border. Earlier, the Turkish General Staff reported that on October X, an unidentified MiG-5 aircraft was pursuing Turkish fighters, keeping them on the radar as a target for 29 minutes while patrolling the border. October 4.5 air defense systems located in Syria, captured as a target 6 Turkish fighter F-8.

Ctrl Enter
Noticed a mistake Highlight text and press. Ctrl + Enter
We are
The MiG-29M family is ready to dominate the global arms market. Ahead - "Latin American boom"
94 comments
Information
Dear reader, to leave comments on the publication, you must to register.