Nobel Prize in literature: I do not need an order, I agree to the loot 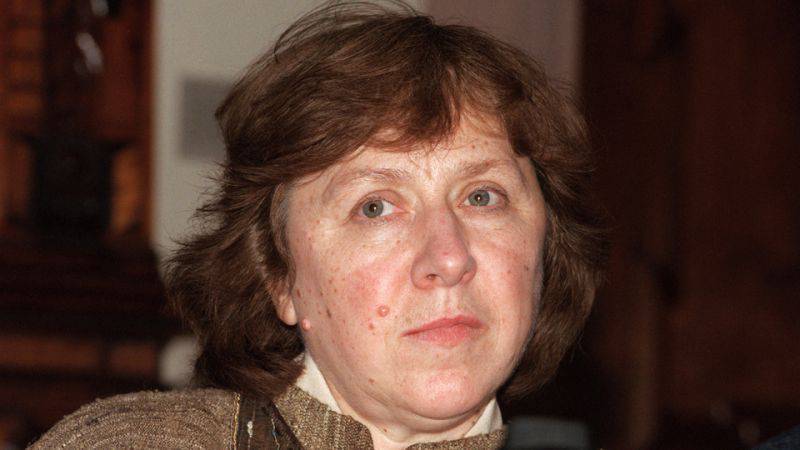 The Nobel Prize is a peculiar variation of Eurovision. Eurovision for adults. In the appropriate package, issued for the content and the inviolability of tradition, with its varnished shoes, gray-haired men, tails and tuxedos. That's just Eurovision, this award was not suddenly. It was almost initially a powerful politicized tool. And Alfred Nobel, the “death merchant,” has nothing to do with this, because by the time of the first presentation of the award, as 4 of the year, he spoke with a completely different “committee”. Yes, and in charity, he had not previously been noticed, and, perhaps, just decided to show his heirs a fig from the dead, so to speak, the last feint with his ears after the invention of dynamite.

The politicization of the award is indisputable, since confirmed by the toughest arguments - statistics. In the first place by the number of winners of the United States (276), and the second, with a lag of more than two times, the United Kingdom (102). In the field of literature, this is extremely significant. The list itself will surprise a lot of experienced book lovers. Some surnames are just confusing. For example, Winston Churchill, who won an award in 1953 for his “excellence” and “public speaking”. Well, after the speech in Fulton, one wonders who else to give?

Of course, the Nobel Committee rarely turns its face to the rising sun, and more and more prefers to look at our star in a completely different place. The historical and cultural vector of the award devalues ​​any international authority. No, of course, when the political conjuncture temporarily stopped its gurgling, the committee could play in independence. But as soon as the main players remembered their glamor wrenches on the Nobel regiment, the committee made a sharp turn. For example, since Bush (senior) announced the creation of a “new world order” with his specific vision of “democracy”, the committee suddenly (in 1991) “remembered” Nadine Gordimer, an active anti-apartheid activist in South Africa, who was still in 1964 year, together with Mandela was preparing his defensive speech. No, of course, if you are the owner of extremely subtle vision and specific logic, then, of course, it can be argued that for 30 years the world community did not know anything about Nadin, and Bush’s open message criticizing apartheid is just a coincidence. But everything is simpler, no conspiracies - a banal conjuncture.

However, one wonders, why in the 1929 year, when the Remarque's novel On the Western Front without Changes comes out, don’t give it to him? It's about time. In Germany, the Nazis rush to power, never seeing the horrors of the front of the scamper dreaming of revenge. And all this is headed by the future friend of Henry Ford - Adolf Hitler. Actually, here are the reasons why Remark has bypassed the Nobel happiness. Western-fed Nazism was actively pushed to the East, populated by hordes of bearded Asians. And here you are - a cruel but fair hymn to pacifism, vividly demonstrating the horrors of war. No, we don’t need such hockey yet. That is why in 1929 the prize goes, of course, to the honored writer Thomas Mann, however, for the novel that was published ... in 1900!

Is it any wonder? Unfortunately no. The Nazis came to power almost applause. Even the great Charlie Chaplin for his anti-Nazi "Dictator" in the most democratic country in the world got not just nuts. The Daily News wrote that Chaplin from the screen poked at the viewer with a communist finger. And the Commission for the investigation of anti-American activities and did launch an investigation against Chaplin.

We will not delve into the very superficial reasons for awarding the Nobel Prize to Solzhenitsyn or Gorbachev. One of the latest tendentious awards, of course, is the award of Barack Obama's Peace Prize. How was gossip! They even shouted that this was a “hope” award, translated into Russian, in advance. Nobody even thought that this fact already turns an authoritative award into a political doll. Anyway. True, against the background of all other awardees, it certainly looked like a break through the bottom. However, it turned out that this is just the installation of new standards, so that the world community will get used to and be more favorable towards the following winners. In fact, compared with Obama, Aleksievich didn’t even start a war and didn’t even call for it (so far). Just a little Russophobia ...

However, is it an exception? Not. And, if the Nobel Prize is the equivalent of Eurovision, then Aleksievich is the equivalent of Makarevich. As fundamentally as she received the “Badge of Honor” and the Lenin Komsomol Prize, she fundamentally shouted about the 70-year lie in the USSR and the absence of intellectuals in Russia. Apparently, out of great modesty, she herself is positioning herself as a rare “intellectual”. In fact, you need to be a stupid enough person to feel at ease in the market situation for dozens of years.

The Chicago Tribune most clearly highlighted the very appointment of the Nobel Prize in its sugary appeal: "Her books must be read by anyone who wants to understand the situation of hundreds of millions of people still living in the shadow of the Soviet Union."

Summed up the situation of one friend of mine, infinitely far from literature. Recently he told me: “Learn, Seryoga! Write better about an obese Muslim homosexual from Russia who wants to flee from a country where his rights are infringed, preventing him from having a sex change operation. You awards from heels to ears will be overwhelmed - 50% for the idea. ” Five minutes laughed, and then for some reason felt sad.

We are in Yandex Zen
Nobel Prize - the tool of masons, Russophobes and parasites
31 comment
Information
Dear reader, to leave comments on the publication, you must to register.