Soviet hooliganism of the 20s: “heavy legacy of the tsarist regime”

October 28 2015
11
The very origin of this term has not been established, but it is known that already in 1898, it was already used in reports of the London police. A popular, but unproven version says that a man like Patrick Hooligen, an Irishman by birth and an obvious sociopath, lived in the 19 century. And his name became in this case a household word. There are other versions, but the French explanatory dictionary "Le Grand Robert" even believes that the word Hooligan in the middle of 1920-s was borrowed from English through Russian, in which it meant "a young opposition to the Soviet regime." 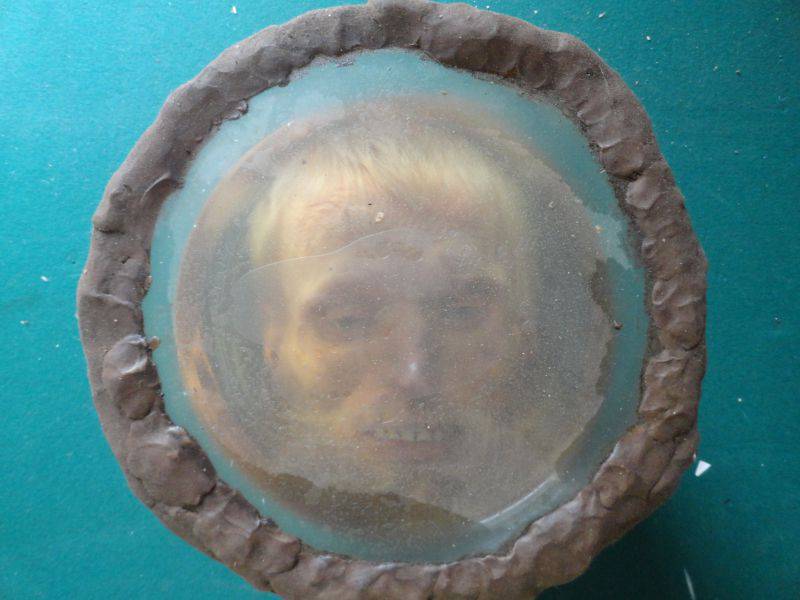 Here it is, "darling" Alexey Alshin, nicknamed Alla - the famous Penza gangster of the NEP epoch. His mouth is grinned, his teeth are small, like a ferret's, glazed eyes ... Br-rr, the sight is not for the faint of heart, especially when you look closely at this glass vessel ...

Well, in Russia itself, “hooligans” were first noted in print in the 1905 year, and the Brockhaus and Efron encyclopedia hit the 1909 year, so the “Soviet mark”, I think, should be left to the French. Although ... it was in the USSR, and immediately after the Civil War, hooliganism turned into a serious social problem. Before the revolution, “hooliganism” was something like a semi-criminal youth subculture that spread in the working-class suburbs, and from there with people from the village and into the village. But what to say - he gave her due, in particular, even Sergey Yesenin.

All this was a tribute to their time. In New York, there were street gangs, and in St. Petersburg hooligans also formed gangs, of which the most famous were five: “Vladimir residents”, “peskovtsy”, “voznesentsy”, “roshchintsy” and “gaydovtsy”. And if the “Vladimirs” had their own hinges in the custom of shifting to the left ear, and wearing a scarf-muffler of red color, then the “Gaidists” shifted them to the right, and the muffler's color was blue. In addition to fighting among themselves, they engaged in various “deeds”: they used foul language and threw stones at windows, tortured other cats and dogs, filed lampposts, spoiled tombstones, molested women, “sent natural necessities among the public”, and even pulled them away log log houses prepared for construction!

But hooliganism especially spread in Russia, now the USSR, after the end of the Civil War in the years of the NEP. As always, people expected one thing, but received something completely different. And “deceived hopes” are always stressful! And what is the best way to treat stress? Just more stress! This is where hooliganism went! Moreover, our hooligans of the 20s sang directly about it like this:

The revolution was, we did not give the will:
We had police, the police was doubly strict.
I'll walk down the street, do something,
What the police will tell me, I'll show her the knife.

But gangs of hooligans wielded not only on the street, not at all. They broke into clubs and cinemas, into theaters and pubs, organized mass brawls and even beat “pioneers and employees”. In Kazan, local hooligans threw stones and sticks at the plane and even the Osaviakhim pilot — that is, it smacked of politics. In Novosibirsk, a demonstration of Komsomol members was broken up, and in the Penza province they were engaged in an atrocious business: they dismantled the railway track, and the sleepers were laid on rails in front of the passing trains, which caused several train accidents!

And after all, Penza in those years was a quiet and “blessed” city. And what is left of this "God-saving" in it? Nothing practically - according to the OGPU, the growth of hooliganism was simply catastrophic, as 15-20 people were delayed daily for hooliganism in the city, with a total population of 100 thousand people!
Immediately, criminologists were found who thought that the hooliganism of those years was “a perverted thirst for activity and energy characteristic of young people”. What prevented to turn this thirst of activities from perverted to uncorrupted, it is clear - the lack of culture. However, the state itself often here added fuel to the fire. For example, it promoted the growth of hooliganism and the release of forty-degree vodka. “In connection with the release of forty-degree vodka, hooliganism in the city became spontaneous. On the night of October 2, around 50 drunk, hooligans were detained around the city. There were incidents of hooligans attacking the responsible executives of the Executive Committee of the Executive Committee and the Regional Committee of the city ... ”, said the head of the administrative department of the Penza Regional Executive Committee Gorgayev 3 of October 1925 (GAPO / State Archive of the Penza Region /. F. 503. Op.2. D.L. .79.) And the Penza newspaper Trudovaya Pravda in 1926, #214, wrote that hooligans at night attacked militiamen who made a detour and killed one, and disfigured one person and punched his head. But in the period from September to December of the same year, three streets in Penza were completely paralyzed, because the hooligans poured human excrement from a cesspool trailer along with barrels and could not stop it!

And what the police did, you ask, and the answer will be: "she did something." Detained, made protocols, and in two days let out again! (GAPO. F. 2. Op. 4. D. 224. L. 532.) After all, the hooligan had his own “worker-peasant origin,” so he deserved every concession. In the ditties of that time, this indulgent attitude to the bullies was sung as:

Forty-eight protocols
All made up by me,
I know the police
Do not fear a damn thing.
Kids, cut, beat,
Nonche light vessels:
Seven I slaughtered -
I spent four days.
Well, and the Bolshevik AA Solts in 1926 even noted that, supposedly, the former Gorky hooligan did not respect the foundations of that society, well, so we (the Bolsheviks) did not respect them either, and, therefore, our today's hooligans deserved a "good-natured" and "gentle attitude." Such was his logic!

But it was necessary to live. Therefore, police began to patrol Penza, and from 1927 onwards, they began to organize raids on hooligans, and at least twice a week, although even this did not bring much effect and the number of detainees for hooliganism continued to be very significant. There were "societies of hooligans" ("Society" Down with Innocence "", "Society of Soviet Alcoholics", "Society of Soviet Loafers", "Union of Hooligans", "Fools International", "Central Committee Spanners" and others), and hooligan circles ( The “toiling committee”, “a gang of hooligans”, etc.) even appeared in schools, and in some of them their “bureaus” were elected and membership dues were paid. The management of the 25 school was even forced to close it for a while. There was so much fear there of terror Orony hooligans.

Hooligans very often supported directly the bandit elements. So it is not surprising that when in Penza he managed to end the well-known raider and bandit Alexei Alshin nicknamed Alla (he was arrested in Petrovsk, but was tried in Penza, where judges sentenced him to death after a 27-hour meeting), his corpse immediately after execution placed in the window of one of the shops on Moskovskaya street. For edification, so to speak, to all antisocial elements! “Look,” the mothers threatened their offspring, prone to hooliganism. “You will go along a slippery path, and it will be with you too!” Moreover, then his head was cut off from his corpse, filled with alcohol and transferred for storage to the local medicalhistorical Museum at the regional hospital named after Burdenko. Not every city has such a “souvenir” in the storerooms of its museums, which clearly shows how then all these ordinary citizens got these “bad people”!

Only in the 1930-s began to fight hooliganism in the USSR for real, and the measures against it took a really harsh character. In particular, the Decree of the Central Election Commission and the Council of People's Commissars of the USSR from 29 March 1935, “On measures to combat hooliganism”, lifted the prison term to 5 years.

Well, in the 1940 year, after the decree of the Presidium of the USSR Supreme Soviet “On criminal liability for petty thefts at work and hooliganism” issued by 10 in August, “hooligan cases” were heard without any preliminary investigation, and in special duty chambers of people's courts ". Now, in the public places, swearing obscenely now, without looking at the workers 'and peasants' origins, they immediately gave a year in prison. Well, the usual sentence of a hooligan article was five years of imprisonment, and even followed by the release of a five-year ban to live in all the main cities of the USSR. But hooliganism was such tough measures as the “heavy legacy of the tsarist regime” and managed to curb. And no other measures to achieve this could not be a whole decade!