Toyota has no data on how SUVs are delivered to Syria

October 8 2015
43
The militants of the radical group Islamic State (IG) have at their disposal thousands of Toyota cars of light trucks and SUVs, as evidenced by numerous videos made in Syria, Iraq, and Libya. 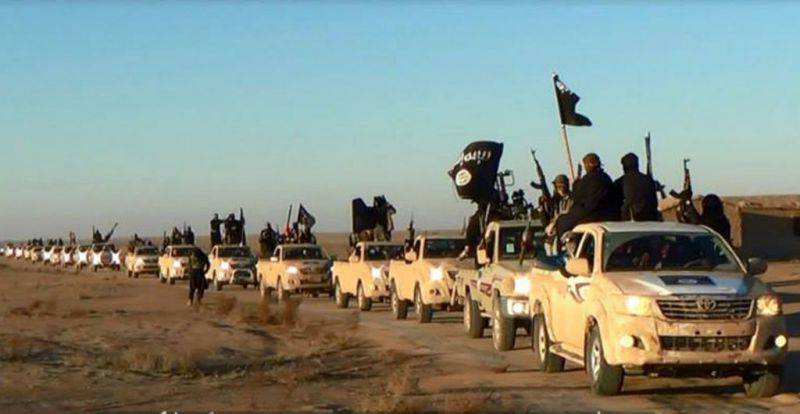 According to her, the US authorities sent an official request to the Japanese car manufacturer with a request to provide clarification on how a large number of cars fall into the hands of terrorists on a permanent basis.

“At the request of the antiterrorist department of the US Treasury at Toyota, they responded that they do not have information on how IGs acquire cars, but are ready to fully support the investigation of this department, whose activities are also aimed at preventing the possibility of Western goods falling into the hands of terrorists,” Post TV ABC TASS.

The concern also noted that they had already sent a message to the US Treasury with information about all the supply chains of cars in the states of the Middle East. The company also assured that "they follow a strict policy, according to which it is prohibited to sell vehicles to customers who can potentially use or reconstruct them for military and terrorist activities." At the same time, they also stressed that there is no complete control over the supply of cars from the manufacturer to the final customers, given that they can be stolen, bought or resold to intermediaries along the way.

According to the Iraqi ambassador to the United States, in recent years hundreds of new Toyota cars have fallen into the hands of IG terrorists. Most of the militants are popular Land Cruiser and Hilux models, which are used in both terrorist and military operations.

The representative of the concern Toyota in the United States Ed Lise noted that "we have procedures that allow us to prevent the unauthorized use of our products, but it is almost impossible to fully control the bypass and illegal ways through which our vehicles can be supplied illegally."

According to the Japanese company, official sales of Toyota cars in Syria ceased several years ago.

Ctrl Enter
Noticed a mistake Highlight text and press. Ctrl + Enter
We are
US Army funds development of unmanned trucks
43 comments
Information
Dear reader, to leave comments on the publication, you must to register.