Nuland: "Crimean" sanctions will remain until the "invaders" will not leave the peninsula

October 7 2015
101
The sanctions adopted in connection with the "occupation" of Crimea will remain until the peninsula is returned to Ukraine, betraying RIA News statement by Assistant Secretary of State Victoria Nuland. 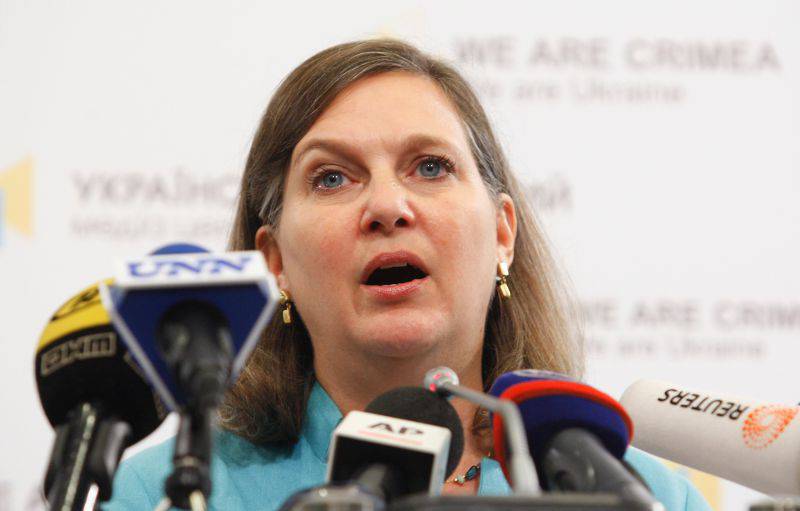 "Crimean sanctions will remain as long as its occupation continues," said a State Department spokesman in Washington.

Recall that Crimea came under Russian jurisdiction in March last year as a result of the will of the overwhelming majority of its inhabitants, who did not recognize the legitimacy of the Kiev authorities, who ended up at the helm of the country as a result of a coup d'etat.

Ctrl Enter
Noticed a mistake Highlight text and press. Ctrl + Enter
We are
Crimea. Anniversary of the revival of RussiaKiev consigns to the oblivion of the soldiers who died under Volnovakha
101 comment
Information
Dear reader, to leave comments on the publication, you must to register.