How Rezun turned into Suvorov?

October 10 2015
96
In the summer of 1978, GRU resident officer Vladimir Rezun sought asylum in the West. After some time, the defector announced in England, and several years later, one after another, sensational books about the Soviet past began to appear in the West, signed “Victor Suvorov”. Under this odious pseudonym, the traitor to the Motherland Rezun and tried to enter history. 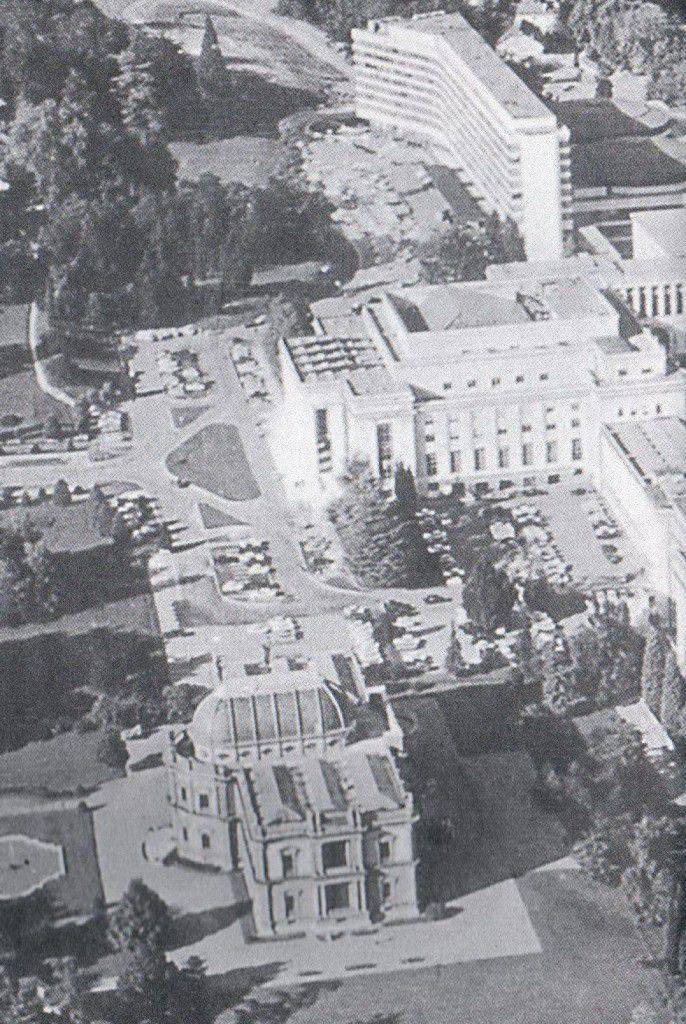 Geneva. Representation of the USSR in the UN. Here, the future writer Viktor Suvorov worked in the diplomatic arena
In fairness it should be recognized that Rezun’s literary and publicistic talent is not taken away, unless, of course, he wrote his books himself, and not a group of obscure literary blacks. But as a scout Rezun himself did not show. In one of the brightest of his literary works - the story "Aquarium" - Rezun persistently holds the following thought: in the Soviet strategic intelligence, all the staff, they say, were divided into two unequal groups. One group is those who bring in their beaks valuable information gathered from the agents they recruited. The second group is all the rest. The first is the elite wolves of intelligence. They are their own masters, they are planning the most complex multi-pass operations, they are forgiven a lot, because the life and work of the Aquarium is built on the principle of "Winners are not judged." Rezun openly admires them, his whole book is a hymn to mother intelligence officers who extract enemy secrets. The lot of the rest - in every way they help and facilitate.

So, in real life Rezun was one of those who helped and assisted the elite. His official “roof” is the Permanent Mission of Russia to the United Nations in Geneva, where he was listed as a third-party clerk. In the GRU Swiss Residency, that is, in his main job, Rezun was also on the pickup. He didn’t show anything special, didn’t recruit a valuable agent, didn’t bring any enemy secrets in his beak. But, probably, he wanted it very much, therefore he sniffed the secret intelligence officer of the British Intelligence Service in the hope of finding interesting sources of information with his help. However, the Englishman was more cunning, and soon Rezun himself fell for it. In “Aquarium”, a book largely autobiographical, Rezun explains the reasons for his failure and, as a result, his escape to the West by not being in the right place at the right time and thus becoming unsuitable for his superiors. He was ordered to be removed, and Rezun, saving his life, was forced to flee to England. 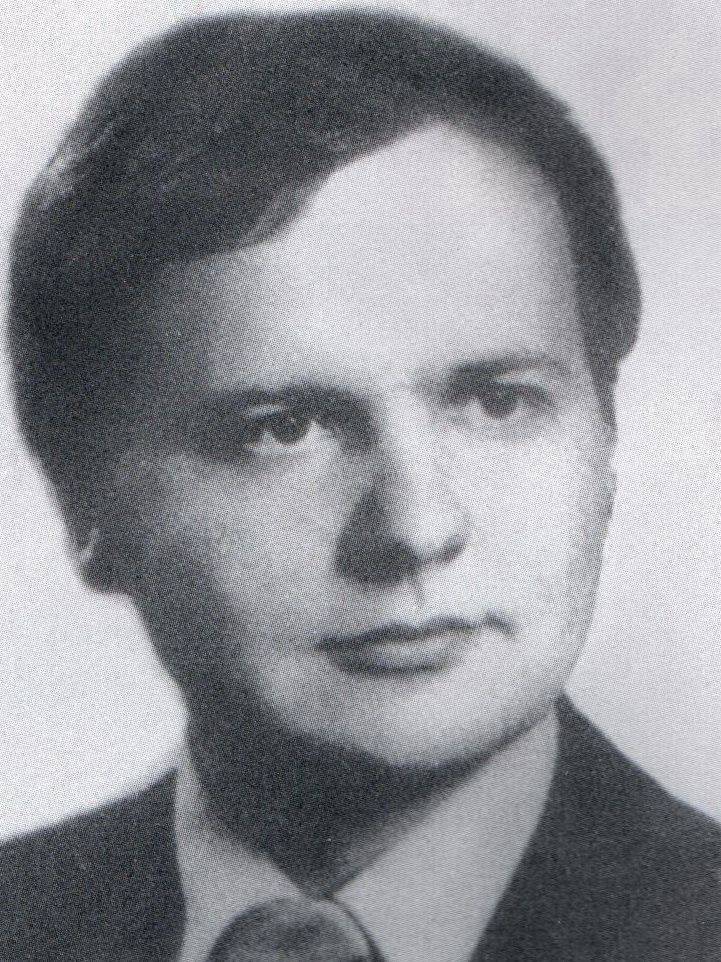 Vladimir Rezun. Beginning of 1970's
But those who knew Rezun well for work at the GRU have another explanation for the cause of the betrayal. The fact is that Rezun showed, to put it mildly, heightened interest in males. On this basis, he met with some foreigner. A foreigner, as it turned out, Rezun skillfully framed the enemy intelligence services, and then began to blackmail. It is now on such "weaknesses" as unconventional sexual orientation, overlooked and even find perverts a lot of excuses. And in the "totalitarian" USSR, these "weaknesses" were considered a crime and were punished under the relevant article of the Criminal Code. So, confused with a foreign homosexual, Rezun committed a criminal offense, which meant not only a prison sentence, but also the end of his foreign career. I had to seek political asylum in England. There have always found and continue to find shelter of all kinds of scammers who are shined on prison beds in their homeland. Here and Rezun sheltered.

There was no sense from him, as from a scout, for Rezun had nothing to do with serious secrets. But his biting feather served Western propaganda in good stead. Once in the West, Rezun quickly realized what books his new owners were interested in, and began writing them at the speed of light. His concept of the start of the Second World War (or rather, not his, but skillfully processed and richly supplied with "evidence") played the role of heavy artillery on the fronts of the information war that the Anglo-Saxons fought against the Soviet Union. 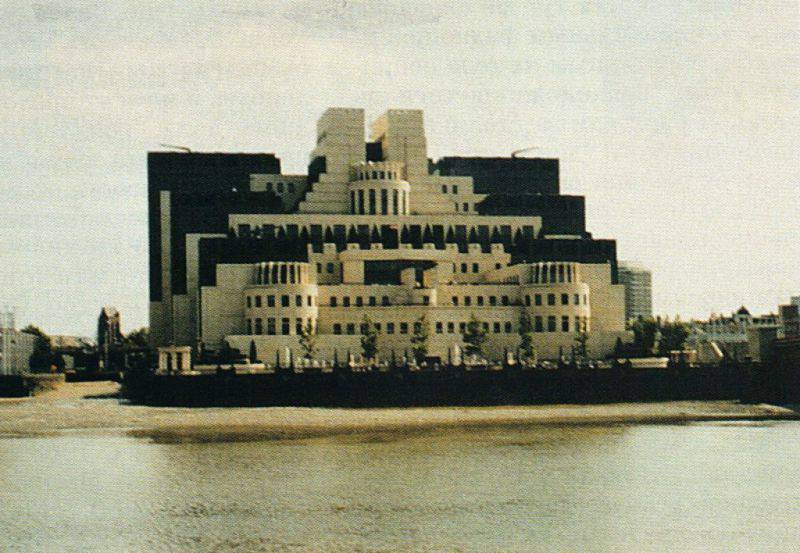 London. The headquarters of the British intelligence. Her employees picked up Rezun on the hook
In the USSR, Vladimir Rezun, the captain of the GRU, who had fled to the West, was sentenced to death in absentia. By the way, Rezun himself, not without pride, reported this at any opportunity: behold, they say how I managed to annoy the system! For this, they say, he suffered ... Then Boris Yeltsin, having become president, forgiven by his supreme decree, a crowd of all traitors and traitors, including Rezun, and the martyr's halo somehow faded away. Later in the books of Rezun, the meticulous researchers found so many frauds, inconsistencies, and distorted quotations that the light image of Rezun the historian was dimmed. But the unlawful image of the traitor has not gone away. And, although the verdict of the Military Collegium of the USSR Supreme Court against Rezun was annulled by Yeltsin’s decree, no one canceled his rightful place in the history of All-Russian betrayal.

We are in Yandex Zen
Congratulations on the 285 anniversary of the birth of the Great Russian commander Alexander Vasilyevich Suvorov!
Mysteries of Viti Suvorov. Winged Jackal Saga
96 comments
Information
Dear reader, to leave comments on the publication, you must to register.