October 6 2015
32
In the Central Military District, the re-equipment of the Novosibirsk air defense compound to the C-400 “Triumph” commenced, RIA News message of the district press service.

“The C-400 air defense system is an order of magnitude better than its predecessor C-300 in terms of a larger coverage area and the defeat of various air attack targets,” the release said.

It is also reported that "positions have already been equipped to accommodate new complexes, military personnel in the combat crews have been retrained at the Gatchina training center for anti-aircraft missile forces of the Air Force." 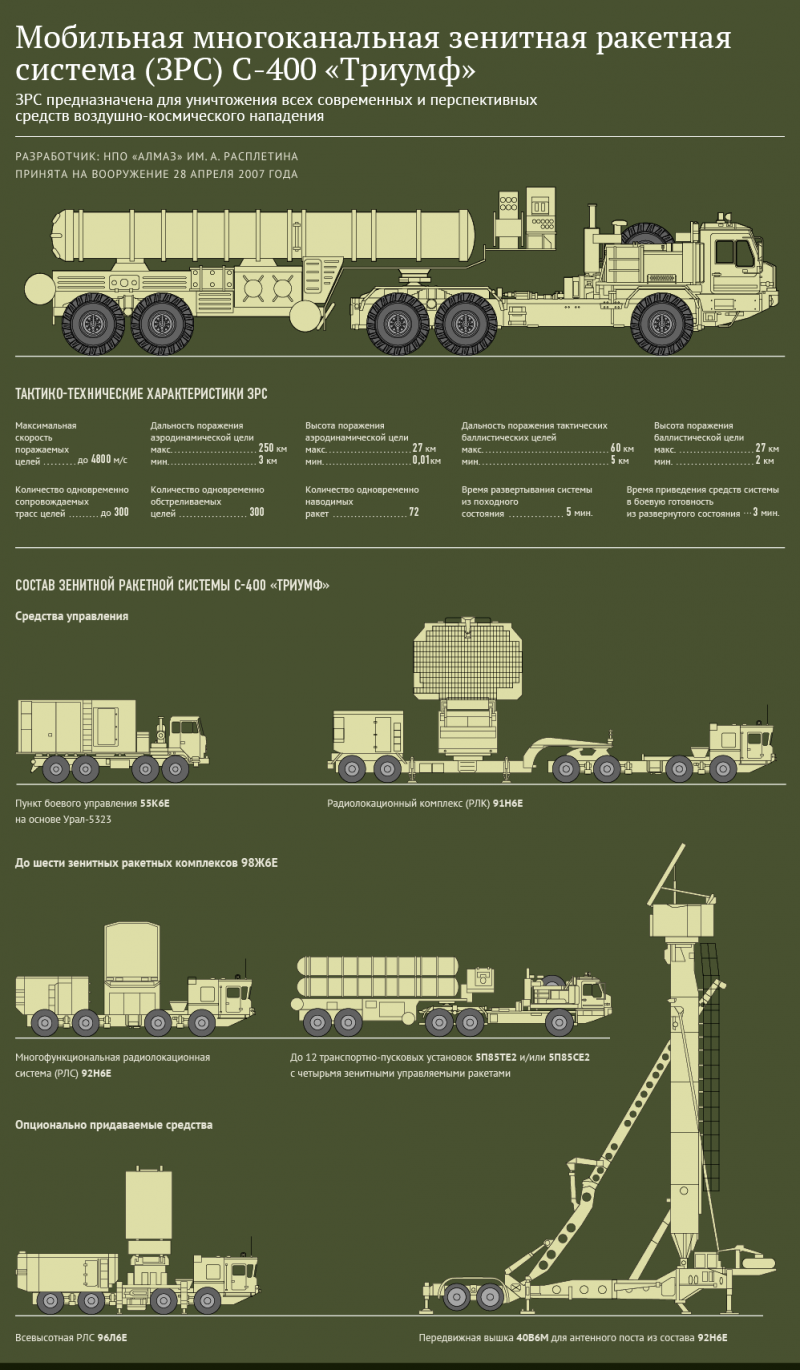 Ctrl Enter
Noticed oshЫbku Highlight text and press. Ctrl + Enter
We are
Completed a surprise check of the troops of the Central Military DistrictZRK C-200 rust in the woods near Moscow
Military Reviewin Yandex News
Military Reviewin Google News
32 comments
Information
Dear reader, to leave comments on the publication, you must sign in.