Weekday LIH: where to run from the Russian?

October 5 2015
218
This material was written on the weekend, under the clear and confident reports of the Russian videoconferencing system, the joyful cries of that part of Syria that is not under ISIS and the terrible cries of everyone else. However, weekdays usually come weekdays. And I think that just in the next work week there will be answers to the questions that will now be raised.


1. What happens to the terrorists?

We will call them that way, because we cannot take and call igil all those opposing Assad. There are at least three components:

1) Al-Nusra, the heirs of al-Qaida. The smallest grouping.

2) The free Syrian army, if briefly - the Syrian Sunni fled from the army of Assad. Deserters, in general, but local. The most moderate in this company, but also the most, according to Assad, dangerous. Therefore, in full and ogrebayuschie.

3) Actually LIH. The core consists of the former fighters of Saddam Hussein (may Allah’s mercy be upon him), which was not found in the homeland after the murder of their commander in chief. Plus, a huge number of sunni sided from around the world.

This whole 4 company of the year confidently hammered the Assad army. Yielding in the technique is infinite, but outnumbering and frantic. And sometimes learning. Good (by local standards) soldiers were enough in the Syrian and Iraqi armies.

And suddenly a scrap was drawn in the form of Russian bomber and attack aircraft. What reception can be against this scrap?

You can talk for a long time on the topic of how effective the 100 sorties of our pilots were, a lot or a little. One thing is clear for now: some air forces can make both 500 and 1000 departures and bomb the desert sands. Or hospitals. The result will be the same - complete zero.

So what can really terrorists from all the groups oppose to the suddenly appeared factor? Moreover, the factor, as it turned out, is very effective.

The first thing that comes to mind is to organize an air defense system.

It is not as simple as it may seem at first glance. Yes, October 5 in the United States will consider the question of the supply of "Isis" Stinger-type MANPADS. The system, tested over the years, is quite effective, and, most importantly, both simple and well-known all over the world.

Igilovtsy should, in theory, cope. The question of efficiency. The fact that the "thirty fourth" can take damage, purely theoretically. Well, or if something falls off from laughter. With the “Rooks,” the question is open because they work at such heights where the Stinger may well be effective. Practicing in Afghanistan has proven this. But when Afghanistan was ... “The Rooks” have undergone many changes since that time, and I’m not sure that they are all for the worse. The question of the effectiveness of the "Stinger" against the Su-25 is left open, because, as I already wrote, I personally witnessed how the Su-25 of the Ukrainian Air Force left three of the militia rockets under Izvarino. But since the 5 or 6 missiles were fired at all, this plane still got into the statistics of that day. Then two Su-25 shut up to the state aviahlama.

Channels passed the information that the Saudis urgently began a search in order to purchase our Shilok. That the Saudis can buy is understandable. The fact that there is definitely someone to sell - too.

“Shilka” is an ancient thing, but akin to a Kalashnikov assault rifle. In the sense of simplicity and reliability. And it is well known in the Syrian and Iraqi army. Until now, it can pose a real threat to low-flying targets, be it a helicopter or an attack aircraft. But - only for low-flying. Over 1,5 km already seems to be not very.

The layout is about the same as for the "Stinger". That is, the defense seems to be, but its effectiveness is really conditional. Moreover, it is unlikely that our pilots will arrange the role of a target in the shooting range for terrorists.

And the last. Bye, bye, bye, bye, by debug and distributed ... Bombs will continue to fall. It is logical, we are unlikely to wait until the enemy is armed. There is no knightly tournament, right ...

To do something is necessary, in any case. If there really is nothing to oppose with this Russian, it’s impossible to beat their planes, then what should any normal commander think?

It seems that any normal field commander should think about saving his life for future battles. And not about how it is heroically and righteously - to spread out brains and insides under the next bombing.

The fact that the brave warriors of ISIS and their comrades-in-arms will look for ways to escape from air strikes is obvious. The question is how they will do it. And we looked at several ways.

1) Go north and rest there. On the one hand, it is quite logical. In the north, Turkey, which, although it provided its airfields to its NATO allies for air strikes, but plays "both yours and ours." Moreover, the Sunnis in Turkey is enough. Turkish Hanafits are the same Sunnis, that is, there are plenty of sympathizers there.

It’s another thing that the Turks didn’t arm and support the co-religionists so that they would later come to sit out. And then, what if they like it? A real refugee from a real igilovtsa can not be distinguished in any way. However, the option is uncertain. But not completely. Even though Erdogan can play games in undercover games, it will be too late to drink Borjomi, but there is someone to pull him up. But, as they say, 50 / 50.

2) Go to that part of Iraq, which is under the control of ISIS. This is definitely not an option, since Iraqi President Talabani also bowed to Putin with a request to help him clean the south of the country from ISIS. And knowing that the president of Russia, how to put it more softly, is poorly predictable, then the show “Russians are coming” can be repeated. But already in Iraq. And then the meaning of a fuss?

3) Remains the most, from our point of view, the filthy option. Militants simply bury the trunks in the near oasis (or in the suburbs, it does not matter), enter the cities where they are supported, and will simply pretend to be hereditary farmers and traders. And many, most likely, will just continue to do what they did before the war, if circumstances allow.

Why is this option the worst? Yes, because it is unlikely that our pilots will bomb settlements. Not Americans after all. And Assad really does not have the strength to thoroughly and systematically sweep the entire territory. Still, the Shiites, on which Asad relies, are fewer in 10 than Sunnis. This is an important aspect. 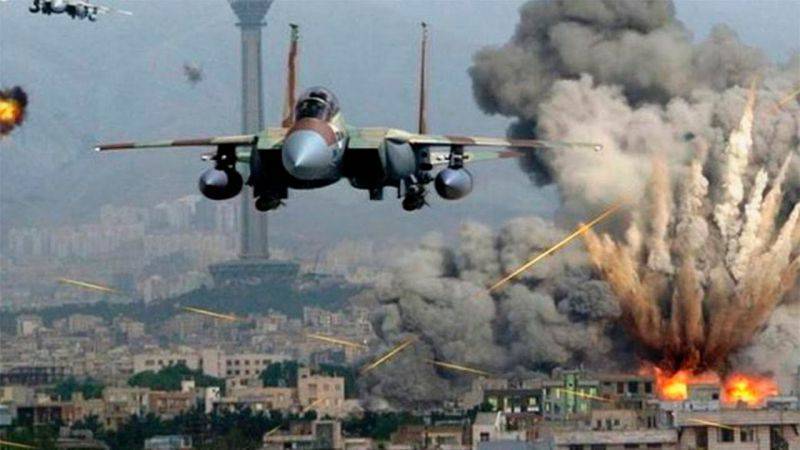 Probably, it makes no sense to once again focus on the fact that the war in Syria is not just a civil war. This is a religious war. Fighting is not some indefinite supporters of ISIS, who came running from all over the world to Syria, but for the most part are Sunni. Offended by Assad, former supporters of Hussein. And most of them.

To carry out a similar operation, Assad is clearly not capable of. Therefore, with all the support of Russia, Bashar should seriously think about how he will clean the Sunni cities after conducting offensive operations. There will be no doubt that there will be operations, but what the result will be, we have yet to see.

The sky is all for Bashar Assad. But for the land can not be, unfortunately, sure. It’s not even Bashar Assad and his politics, but the fact that the Sunites who oppose him are the most aggressive. Yes, there are fewer Shiites, yes, those who stayed in the Syrian army will fight to the death, because in case of defeat, the death is more painful for them.

But the main message is this: in Syria, everything is just continuing. And the advantage that Russia has given to Assad by its intervention, it is necessary not only not to lose, but also to use it to its fullest.