The global crisis and the campaign of sanctions against Russia symbolize the apparent demise of "economic consciousness." If the laws of the free market, economic expediency and elementary welfare of citizens are sacrificed to the politics of the moment, this clearly shows what is at the helm of this world. Political will, the struggle for survival, domination in the world, the ideological images of the “eternal” enemy — this is what sets the tone for world events.

There is no free economy, nor will there be. It is a tool in the hands of the financial oligarchy, which ensures its dominance through crises, trading on the stock exchanges and aircraft carriers of the United States.

If the struggle of the peoples of Crimea and Novorossia for freedom and self-determination, formalized by all the rules of "democracy", results in completely arbitrary sanctions against Russia and people on these lands, then there is no international law, and the UN. They are no longer valid. And it's time to admit it. Politics and the will to power directly determine the economic processes of the “free” world market.

In such a situation, the installation for our state and for the individual person “to take their place in the friendly family of nations”, to enter the world economy is the installation to become slaves and to the power of those who do not recognize either nations or freedom. And only the domination of the dollar and its supporting financial system. This is the installation of doom.

Therefore, it is high time we remember the true purpose of the state. On the meaning of patriotic consciousness and his education. The state is an absolutely non-economic entity, it ensures survival, rallying, mobilization and victory in conditions of chaos and constant external threat. Victory and survival against all odds. If the state is engaged in servicing the market, then it no longer serves its people, but works for a world oligarchy.

The modern world economy has long and clearly not ours anymore! She is a stranger. It belongs to the category of external conditions and threats, contrary to which it is necessary to survive and preserve the creative potential of the nation.

As Andrei Petrovich Parshev convincingly shows, according to the economic laws of Russia, it should not exist at all. Everything is unprofitable by world standards. Even natural resources are sold at the expense of the labor of past generations and the non-receipt of income by the people today.

And if it is “profitable” today to trade in Chinese, then the factories of Russia will be closed, as is the case in the Ivanovo region, and in their place will open shopping centers. But who will rule the "people of traffickers" in ten years? And will such people be preserved at all? Who does not constitute an independent, unique value, according to the laws of the ruthless "world market", will be forgotten. The economic logic of profit has no future in principle. This is not even the logic of old capitalism, it is a direct parasitism!

So let us discard this lie imposed on us by the West.

History of all mankind, and Russia in particular, heroes do. People are completely uneconomical and "non-profitable" thinking. Those who sacrificed themselves for unknown accomplishments, unexpected discoveries, went beyond the horizon, into white fields on maps. Who put at stake the life and did not wait for the payment of bills.

Specifically for us, this means that the colossal territories with proven natural resources were developed by indigenous peoples, and then mined by the Cossacks and pioneers for the crown of the white king. And this is in the sixteenth - nineteenth centuries. When there was nothing that could be sold and taken abroad. Hundreds of people died, none of them got rich so as not to work. No one acquired servants and slaves. Only glory, honor and majesty of power.

Thanks to the birth and upbringing of such people, we are alive and are still the greatest state in the world. They are the real wealth of the nation, the basis of its survival. The formation of heroic, priceless personalities of creators and pioneers is the main task of patriotic education.

In Russia, the historical existence of which relies on mass heroism, any upbringing must be not just patriotic, but to a large extent military-patriotic.

Feat, self-sacrifice, giving life to others for their own - the mystical wealth of our nation. It is not rational, it goes to the level of eternity, to the level of that which is beyond the limits of physical life. How to explain to young people the feat of Alexander Matrosov? When you know that you give your life absolutely and irrevocably. How to answer the usual question: "Why me"? After all, life is one, according to Western logic, it is necessary to “take everything” from it.

To live in Russia, to be Russian means to try on the burden of the winners, the burden of choosing heroes. Explain the feat of Alexander and millions of actions of his brothers-heroes, understand him, if not with his head, then with his heart and spirit. We must prepare ourselves for the moment of truth, so that every moment of our life will be worthy of the sacrament of heroism bequeathed to us. Anyone who thinks differently in our land lives another's inheritance, eats bread and receives money for someone else's blood and sweat. Unfairly and therefore fruitless.

Therefore, a key emphasis in the upbringing of children must be placed on building faith in the “dream of the fathers”, in the great goals and destiny of man. In the wisdom of a fairy tale. In the possibility of the impossible. The desire to create, leave a unique mark, and not just "be obedient and fit into the system." Pilot, cosmonaut, scientist, military, sportsman, worker, engineer. Here is a dream, "here is happiness, here are rights." The desire to be, not to have. Or maybe any work, but a poet or an artist - in his free time. Or maybe a brave mountaineer. I think you understand.

We all have to forcefully leave the "economic" consciousness. And go to the "heroic" with its system of views and values.

Let the children fight, walk in the woods, jump in the garages and go hiking. Let them dream, play in the street in knights and warriors, soldiers of the future and the past. Let there be abrasions and blood, bruises and tardiness, unlearned lessons and sleepless nights. Since childhood, we must understand that comfort and convenience - the last thing on earth. Trials make heroes. The one who seeks, who needs the most, achieves his goal. The rest will forever serve the purposes of the stranger.

To sing these images of heroes, in cartoons, films, comic books and Internet videos, to fill the information space with elements of the Russian cultural code is the task of the people and the state. Who does not bring up their heroes, will fall in front of others.

The state order for patriotism is the most necessary investment for today. The basis is not the economy, but the triumphal national economy of a great power. Future of the Earth. 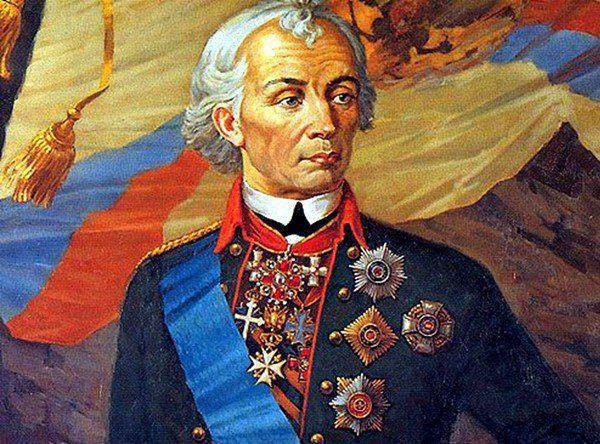 Ctrl Enter
Noticed a mistake Highlight text and press. Ctrl + Enter
We are
The world we leave, the world we enter, and the world between themA great interview with Sergey Lavrov: about Ukraine, Obama and Iran
36 comments
Information
Dear reader, to leave comments on the publication, you must to register.