October 2 2015
75
Washington clearly burst out ... Comments about the Russian military operation against terrorists in Syria from official representatives of the State Department and the White House are pouring out of a horn of plenty. Obama administration spokesman Josh Ernest said that "the White House is doubted about the success of the Russian operation against LIH." According to Ernest, Russia and Syria will be difficult to achieve success, since "neither Russia nor Syria does not strike directly against ISIS." Such words were spoken by the White House spokesman at the next briefing. 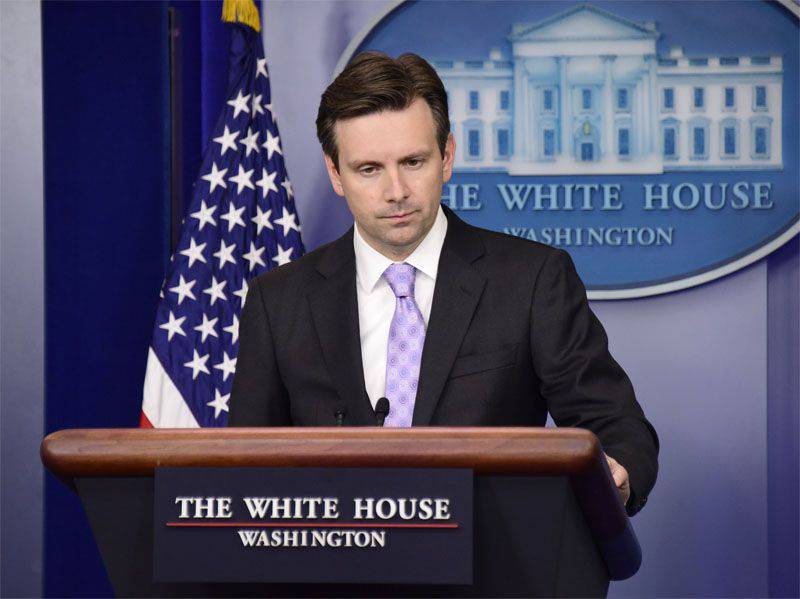 Ernest's statement leads RIA News:
I think it is extremely unlikely that Russia will be able to defeat the IG if it continues to support a regime that does not fight with the IG and inflates the conflict within Syria, plus if they (Russia) continue to adhere to the military strategy that is aimed at strikes not on the IG , and on elements of the Syrian opposition, including those who are at war with the IG.

As you can see, the White House continues to use rhetoric, according to which the terrorists can be divided into “good” and “bad”. Therefore, Ernest and the whole of Washington can keep their statements with them and keep them until the United States recognizes that terrorism in any of its manifestations is evil. If the United States wants to continue to continue the support of terrorist groups controlled by themselves, then let the spokesman state this officially, and not replace the notion of "terrorists" with the term "Syrian opposition."

Ctrl Enter
Noticed oshЫbku Highlight text and press. Ctrl + Enter
We are
Results of the week. "Either true or all is well"
Military Reviewin Yandex News
Military Reviewin Google News
75 comments
Information
Dear reader, to leave comments on the publication, you must to register.