Saudi Arabia respects Russians, but does not respect Assad 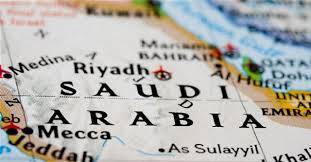 Saudi Arabian Foreign Minister Adel al-Jubeir made it clear that Riyadh did not want to keep Syrian President Bashar Assad at the mercy. According to him, Assad will have to leave the presidency, otherwise he will face a military solution to the conflict. "Assad has no future in Syria," said a Saudi minister. And he added: "With all due respect to the Russians ..."


News the statement of the Saudi Minister gave the agency France Press. In English, you can read it, for example, on the portal News.Yahoo.com. Below we will retell the main thing.

Journalist Dave Clark told about the statement made by Saudi Foreign Minister Adel Al Jubeira from the United Nations in the United States.

According to the minister, the Syrian leader Bashar al-Assad should leave the presidency, otherwise he is waiting for a forceful solution to the problem.

The proposal of Russia to support its ally (Syria) and participation in the new coalition Riyadh rejected. Saudi Arabia is not satisfied with the option of supporting, along with Russia, President Assad in his fight against the “IG”.

Adel al-Jubeir also warned that other states would increase support for rebels belonging to the “moderate opposition” in Syria. It will be made so that Assad will have no choice. He will have to resign. Otherwise - the "military version."

As for Iran’s participation in the proposed alliance with Russia, the minister spoke contemptuously of such a plan, calling Tehran an “occupying power” in Syria and accusing it of fomenting terrorism and extremism in the region.

“Assad has no future in Syria, with all due respect to Russians or anyone else,” the minister told reporters in New York.

In his opinion, there are only two possible approaches to the settlement in Syria. And the “preferred” would be a political process that allows you to create a transitional council. The second approach is the military option. It can take much longer time and be "more destructive." The choice is up to Bashar al-Assad, the Saudi Foreign Minister said.

It is curious that the Minister did not say a word about the specifics of the military option. He only noted in passing that Saudi Arabia already supported the “moderate rebels” in their struggle against Assad and mentioned “the“ Syrian free army ”.”

Adel al-Jubeir believes that the best solution for Assad would be to accept the principles of the agreement signed in Geneva at the 2012 peace conference. These principles provide the basis for a transitional government.

According to this plan, Assad immediately cedes authority to the executive council, which receives the appropriate authority. The council includes both people from the ruling regime and representatives of the opposition.

“And somewhere between the formation of this council and the elections, it’s hard to say how long it will last, a day, a week, or a month,” President Asad is leaving, ”said a Saudi official.

The journalist recalls that Putin proposed a resolution for the UN Security Council on the external management of military actions in Syria, but Saudi Arabia, a key participant in the existing coalition led by the United States, rejects this proposal.

“I believe that if the Russians were seriously intent on fighting the IG,” the minister said, “they could join the existing international coalition.” (In the original, instead of "IG" the name "Daesh" is used.)

As a government official believes, to enter Syria and put the corresponding forces there, as the Russians did, is really a big step, and it "is a sign that their (Russian) goal is to support the Assad regime rather than fight Daesh."

Well, Iran, according to the minister, “cannot be part of the solution,” since it “is part of the problem.”

Iran should "withdraw its troops from Syria and withdraw the Shiite militants that were set up in Syria, and then talk about a diplomatic decision," says al-Jubeir. Now Iran is a "occupying force."

But will Iran and Russia allow the transfer of power from Assad to anyone else? In New York, the minister was asked this question.

“Hope is not so great,” admitted the Saudi.

This is not all that the minister said.

Later he gave an interview to the CBS television channel, where he reiterated his words that it would be better for Russia to join the coalition led by the United States to fight terrorism in Syria: none of the participants "would not object."

"The question is, why should Russia act in the fight against the terrorist group Islamic State on its own, if there is an international coalition that is already fighting the IG," he said. Gazeta.ru.

Then why did Russia do just that, and not otherwise? About this TV presenter asked the head of the Saudi Foreign Ministry. “I think this is because they support Bashar Assad,” the minister replied.

Al-Jubeir explained that the political transition in Syria is impossible together with the current president of Syria, because Assad is "the man because of whom they appeared (the militants" IG ")."

Recall that such statements from the lips of the Saudi minister sounded before.

11 August 2015 on the site RBC Statements were made by the head of the Foreign Ministry of Saudi Arabia at a press conference in Moscow, held as a result of talks with the head of the Russian foreign policy agency, Sergey Lavrov.

At the press conference, the minister said that Riyadh is in favor of Bashar al-Assad’s resignation from the presidency: Syria has no place for the current President Assad. ”

He also told reporters that it was Asad who was responsible for the emergence of the "Islamic State."

He further noted that there are many similarities in the positions of the Russian Federation and Saudi Arabia on the issue of Syrian settlement: negotiations.

It is becoming clear, let me add, why Saudi statesmen, including al-Jubeir, have often visited Moscow. Through persuasion, promises, investment proposals, alternating with threats against Assad and statements of "respect" for Russians, the Saudis want to incline the Kremlin to create a "transitional" government in Damascus in which "moderate oppositionists" will take part.

True, the Saudis for some reason have no luck: Russia does not agree. And Iran, too. Riyadh is left with one thing: repeating fairy tales about the “moderate opposition”, openly arming it and threatening Assad with a “military solution”. But what kind of warriors from the Saudis, everyone knows well. Obviously, they want to defeat Assad with money poured into the "Syrian free army."