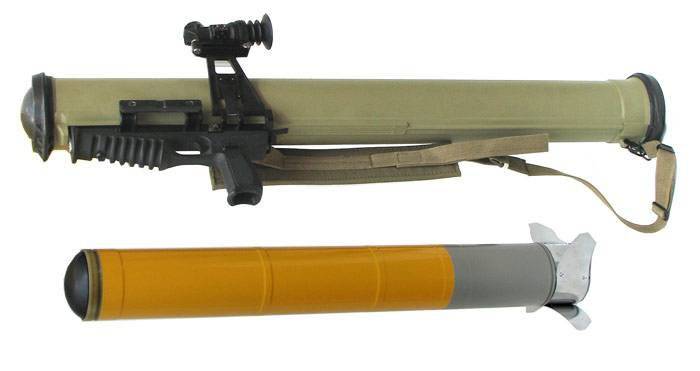 In the second half of 2011, the 58 Army received about 2 thousands of new ultra-long-range rocket flamethrowers RPO PDM-A, reported in the Information Support Group of the Southern Military District.

Compared to its predecessor (the RPO-D “Bumblebee” jet flame thrower), the PDM-A has a number of advantages, including increased power and a nearly doubled range of fire.

The PDM-A jet infantry flamethrower has a maximum firing range of at least 1700 m and a target range is up to 800. The flamethrower has shown its effectiveness and reliability during the operation to force Georgia to peace.

The capabilities of these flamethrowers were demonstrated at a demonstration exercise at the Shalkhi training ground to the specialists of the radiation, chemical, and biological defense forces (RCBP) of the 58 Army of the Southern Military District.

In the course of the training, servicemen worked out the issues of conducting radiation, chemical and biological reconnaissance, dosimetric and chemical control, carried out special processing of weapons, equipment, aerosol (smoke) camouflage of troops and objects, and decontaminated areas of the terrain.

The share of new weapons in RCBZ units of the 58 Army today has increased to 30%. Next year, delivery of flamethrowers in thermobaric equipment to the troops is planned, when undermined, the high-temperature impulse is accompanied by a sharp pressure drop, as well as new, modern radiation, chemical, biological reconnaissance machines РХМ-6.