30 September 2015
31
On Tuesday, the White House distributed a memorandum signed by US President Barack Obama, which states that the US Secretary of State received the right to send 20 million dollars in military education and the Ministry of Defense for military aid to Ukraine. 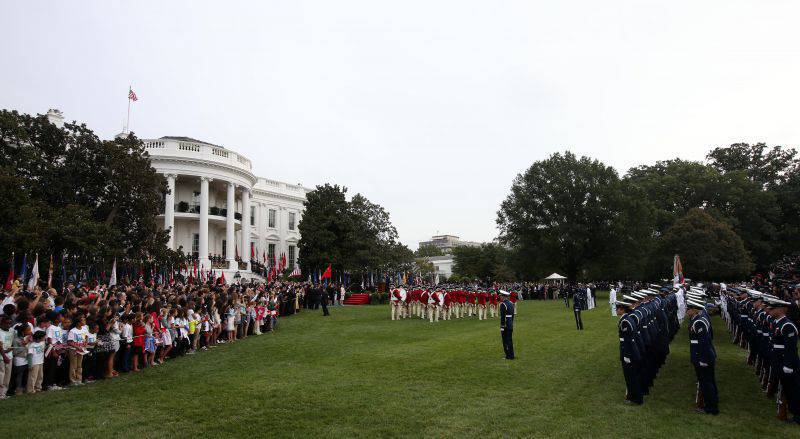 “To delegate ... to the state secretary powers under the“ Foreign Aid Act of 1961 of the Year ”to send up to 20 millions of dollars from the budget under the articles of the services of the Ministry of Defense and Military Education and Training ... to provide assistance to the Government of Ukraine”, - quotes from the RIA document "News".

On Tuesday, US lawmakers reviewed a compromise version of the National Defense Act totaling 612 billions of dollars annually, which “tightens the restrictions on the closure of Guantanamo prison in Cuba and allows the provision of defensive weapons to Ukraine,” Reuters reported.

Ctrl Enter
Noticed oshЫbku Highlight text and press. Ctrl + Enter
We are
Russia firmly occupies a place in the global arms market 2 and will maintain its position in the foreseeable future.Armored Vehicles Market in the Middle East in 2005-2012 and forecast for 2013-2016
31 comment
Information
Dear reader, to leave comments on the publication, you must to register.