29 September 2015
11
The second pair of rocket corvettes of the 1241.8 project developed by the Almaz Design Bureau was transferred to the Vietnamese Navy, reports MIC with reference to Interfax-AVN. 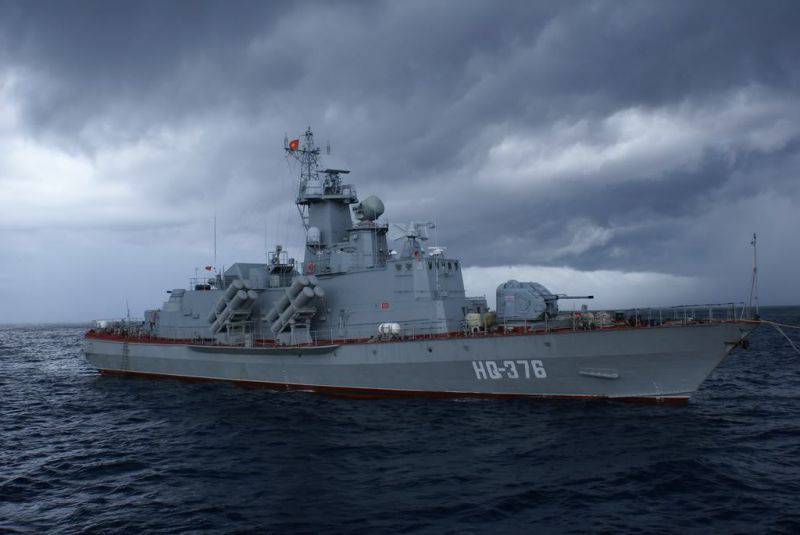 “The Vietnamese-built HQ-379 and HQ-380 corvettes with the Uran-E missile system became part of the Vietnamese naval force,” a defense industry source told the agency. Uran-E is capable of hitting targets at a distance of 130 km.

He recalled that "the first two corvettes of the development of the Central Maritime Design Bureau" Almaz "(included in USC) were supplied to the Vietnamese Navy in 2014 on the basis of a contract from the 2009 of the year." A total of 6 ships will be delivered.

According to the interlocutor, the new corvettes "became part of the 167-th brigade of the 2-th regional command, whose area of ​​responsibility includes the waters of South Vietnam."

Vietnam also receives the 636 submarines under construction in Russia and the Gepard-type patrol ships.

Ctrl Enter
Noticed oshЫbku Highlight text and press. Ctrl + Enter
We are
Innovation Day of the Southern Military District: the Uran-6 robotic complexVietnam became one of the largest customers of the Russian naval technology
Military Reviewin Yandex News
Military Reviewin Google News
11 comments
Information
Dear reader, to leave comments on the publication, you must to register.