Tricky comments. And let's send all men to war, and women on the panel!

29 September 2015
91
Just like in the old Soviet joke about an inhabitant of Odessa who is leaving for Israel and his parrot. This is when the parrot thoughtfully spoke: "Senya, I will say this to you: a stuffed animal, a carcass, but you have to throw it out of here!" 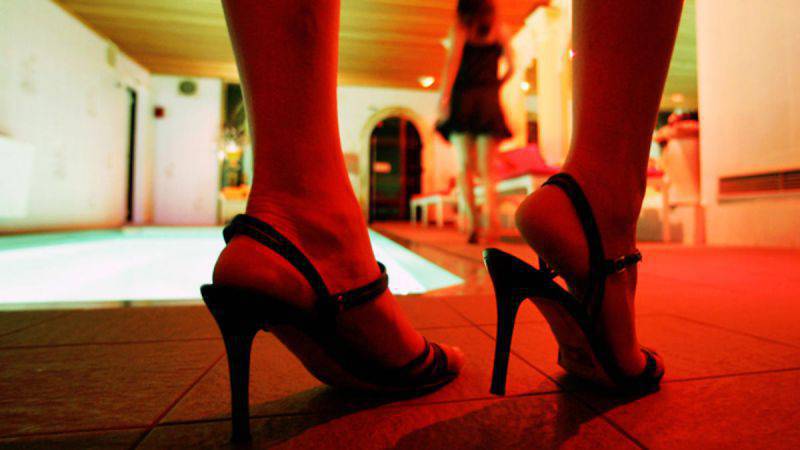 I am still falling from these Ukrainian European integrators. That's really stuffed or carcasses, but we will break into Europe. They do not want to accept, they say - it is necessary to reform the economy so that it corresponds to the Euro-form. Well, here's the answer!

Factories and factories are worth? Are standing. Many are, because it is impossible for Russia to produce products (yes, in principle, and not really necessary), and in Europe it is not needed for free. Agriculture reformed? Not yet, thank God, because Ukraine is not threatened with hunger yet. But still ahead.

But you have to do something. Otherwise, do not take. Here, the implementation of the Minsk agreements is all the same, the scenario is one. We do not what is prescribed, but what we can. Or want.

And now, with the suggestion of Mr. A.V. Nemirovsky (the “Self-Help” faction), the law of Ukraine “On the regulation of prostitution and the activities of sex institutions” was born.

In both! We have no heavy industry, so we will reform the super-light, but no less hot industry. That is this very sex industry. To Ukrainian sex conforms to European standards. And then no complaints to us, the reforms in the economy are in full swing!

The full text can be read on the Verkhovna Rada page, but if someone is interested, the workers from the Russian Spring were translated into human language: http://rusnext.ru/news/1443424286.

Comments, as they say, are superfluous. And really, what is there to comment, if everything is as clear as daylight?

"A prostitute is an individual entrepreneur who provides services of an intimate nature, performs sexual intercourse with another person on a paid basis."

Interesting, and who will be considered? Or all the "ducks" in the "imputed" planted? For example, 20 copulations will be charged per month and some hryvnia paid to the budget. More is not a question. Less - too. If only the amount received in the budget.

Prostitutes enjoy all the social guarantees provided for by the Labor Code of Ukraine and other legislative acts. "

And how many jobs are legalized! Pimps and pimps, lads-guards ... Only the roofers are in question. Under the big, by the way. For there will be nothing to protect. But I think something will come up. The union of sex workers ...

And then all ahtung! The distribution of powers, but not somewhere, at the level of departments, but in the Verkhovna Rada and the Cabinet of Ministers.

Hi, Ukraine! How are you there? Is everything okay

But since such a binge went, or rather, such a fucking-tararah, it means that soon we will have to witness the formation of a new branch of the economy with all the corresponding causes. This will be great: the Ministry of Prostitution and Sex Institutions. Weighty, you know.

I wonder who will be the first minister of this business? No, I will not even assume, there are too many candidates. Every second vushnik theoretically fit.

You know, dear readers, when I got a message that Yuzhmash would work with American companies, I was silent. Here the main word - "work." And it’s not worth talking maliciously, after all, the problems of such cooperation are an American headache. One "Ariane" with ukrodviglom banged - it could be quite a coincidence. With Protons, it also happens. But it will work - and God forbid.

But here, when ditching virtually all the production, inherited from the USSR for free, to start building the sex industry ... Apparently, there are no more ways to develop the economy. And it remains to develop what else you can earn.

It's great what to say here. The authorities of Ukraine, while enjoying the power and European integration of their country, are officially laying their own citizens ... and by whom, by the way?

Well, obviously not under the "aggressors." More precisely, who wanted to lie down under the "aggressor", they have long been here. In the aggressor country. And wow, by the way. Some quickly find a soul mate, assimilate, get citizenship and will give birth to soldiers to this aggressor. And everyone is happy with everything.

It means that they will integrate under the Europeans. Well, or Turk. No offense will be said in relation to our seemingly allies, but after all, the shaft is felled in the Square. For fairly cheaper, and the choice ... the choice of the plague.

Well, apparently, this is the way of development and European integration in Ukrainian. Public houses instead of closed factories, prostitutes, entrepreneurs as part of the budget instead of farmers. Applause, the curtain.

No, indeed, we will never be brothers. At least, for the time being, Ukraine is being ruled by those who are in power now.

Ctrl Enter
Noticed a mistake Highlight text and press. Ctrl + Enter
We are
A great interview with Sergey Lavrov: about Ukraine, Obama and IranWhat you didn't want to know about England
91 comment
Ad