What did the pioneers fight for

29 September 2015
15
Before starting the story about how during the Great Patriotic War the pioneers of the Lipetsk region (although the region did not officially exist at that time, this territory was divided between the Oryol, Voronezh and Tambov regions) fought the German invaders, I bring to your attention three letters . They were written by children and were published in local newspapers in 1943-44.


"I am seven years old. My dad is at the front. For courage, he was awarded a medal. I don’t have a mom; my aunt is raising me. My dad’s salary in the army is 125 rubles a month. Of these, Dad sends me 100 rubles, and 25 he keeps to himself. Of the savings sent to them, I contributed 7 rubles to the State Bank on January 1943, 100. Let them build on this money tank the column "Pioneer". I want our fathers to quickly defeat the Nazis and return home.
Paradise Sanina, village Klevnoe. "

“Dear grandfather Joseph Stalin!
My folder is at the front, and my mother and I were evacuated. I am making all my savings in the amount of 200 rubles for the construction of the Pioneer aircraft. Let the pilot on this plane smash the fascist villains, because of whom we and the mother live in a strange apartment.
Zoya Poluzhnikova, Dubovetsky Village Council, Dolgorukovsky District ”.

“Dear Comrade Stalin!
Following the example of my comrades Zoya Poluzhnikova and Anatoly Galashov, I will also study “good” and “excellent”. The savings I collected are for the construction of Pioneer military equipment. Dear Grandpa Stalin, please accept my wishes for health.
Vitya Zuev, village Zhernovnoe Dolgorukovsky district.

And that's what I thought. When an adult, for example, goes into the thick of the battle, he gives himself an account of why he does it. When Oleg Loskov covered four children in Beslan, he probably knew that he would die. But that did not stop him. His main goal was the salvation of children, and for her he was ready for anything. 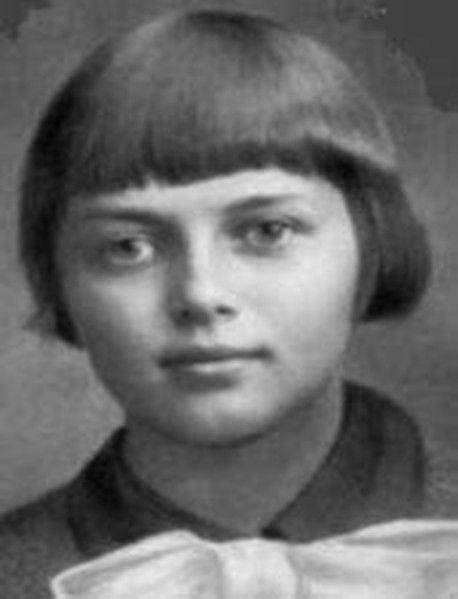 But take any book on child psychology, you will never find statements anywhere that children can immediately set priorities and fight for the happy future of others, and even unfamiliar people. For children, it is more important “now” than “later”. Therefore, they first drive the ball to the blue in the street, and only then, somehow, falling asleep on the move, they learn lessons. And even students, almost adult people, for the most part study in full force, clearly not from the first day of the semester.
All this seems to be correct. But...

Pioneer Zina Portnova, working in the canteen, poisoned more than a hundred German officers. And when the Gestapo men summoned her for questioning, she herself ate the poisoned soup as proof and survived by a miracle.

After all, Zina knew that if she swallowed poison, she would die! She knew, but did not betray her fellow soldiers. For her, “later” turned out to be more important than “now.”
Marat Kazei, surrounded by the Germans, blew himself up with their grenade, although he too could have been saved. After all, these guys were not going to die for the posthumous title of Heroes of the Soviet Union!

Yelchane Misha Beketov and Alyosha Revolutions in the city captured by the Nazis cut the telephone line. The boys participated in the battles on an equal basis with adults, in the hottest moments, not being afraid of anything, offered ammunition to the soldiers. Both died.

Pioneer Vasya Kozlov from Izmalkovo himself learned to clear mines. Nobody taught this to the boy, and how and on what he practiced was known to him alone. But when the Germans retreated from the village of Kudiyarovka, they mined the bridge behind them. Vasily saw it, found and removed the 21 mine.

Pioneer Volodya Makarevich during the battles for Yelets showed our soldiers where the main firing points of the fascists were. He led the fighters into the thick of the furnace, Volodya was immediately struck down by five enemy bullets, he died in the hospital.

And Vitya Orlov, in a battle near the village of Yekaterinovka, shielded Commander Astapov. The boy blocked the adult! He died, but saved ...
Raya Sanina, Zoya Poluzhnikova and Vitya Zuev gave all their savings to build a tank and a plane (by the way, I’ll definitely write more about it, because the young residents of Yelets really made money on the plane! " enough.
And these are just some examples. Was it easy for children who did not go to battle, but lived, denying everything and not grumbling?

The Nazis did not need educated Russians captured in captivity, they needed silent slaves. Hitler considered it sufficient for the children to learn the road signs, the multiplication table (but only up to 25-ti) and were able to sign their last name. Why slaves more?

Therefore, seizing villages and cities, the Germans mercilessly destroyed schools. But this did not stop the teachers and children.
The remaining (not gone to the front) teachers gathered boys and girls at home and still engaged in them. We taught not only science, but also the fact that we need to help each other. 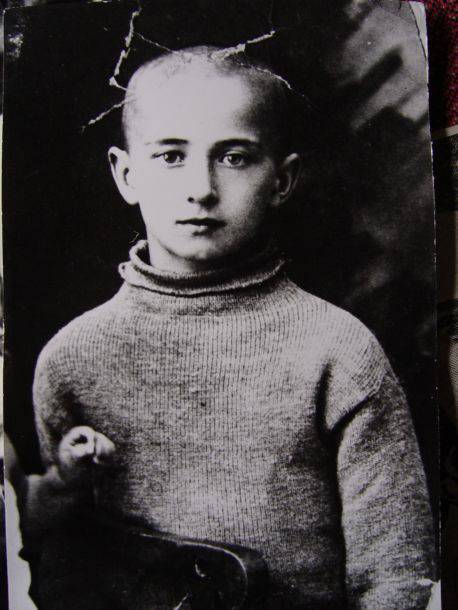 It was the teachers who, in the first days of the war, created the Timurov detachments in Lipetsk, which constantly helped more than a hundred Red Army families. The guys prepared firewood for them for the winter, sat with the babies, helped cook the dinners. In the hospitals they read letters to the wounded, newspapers, performed concerts, helped in the kitchen. Is it easy or something? But no one was capricious.

In the warm season, pupils collected chamomile, raspberry, bird cherry, sorrel. In the pharmacy Lipetsk pioneers surrendered more than four tons of medicinal plants!
Many worked in production instead of their fathers. And although the working day for children is shorter than in adults, the boys stood at the bench for twelve hours. They brought our victory as they could.

Finally - such an episode. In one pioneer detachment of Usman in 1942, Fedya Shuvalov was the leader. A younger brother, preschooler Vasya, who was two or three years old at that time, always went with him. Everyone was amazed at how such a baby could help pioneers. But he sewed buttons perfectly and knew how to play “the sea is worried.” And in each sponsored family of the detachment, Vasya was specially waited for him to sew on buttons and play with the children. The little boy boldly left the boys and girls, his peers, and he spent hours on them. At the same time, Vasya told everyone that he was not visiting, but at work. He also tried to help adults defeat the fascists.
So what is it then - taken away childhood, did the guys in one moment become adults? Or the phenomenon of the Russian character?

Ctrl Enter
Noticed a mistake Highlight text and press. Ctrl + Enter
We are
"For service and courage" "He was given for courage and loyalty to his native land."My grandfather's front-line letters (part 2)
15 comments
Information
Dear reader, to leave comments on the publication, you must to register.