“I beat the Germans straight in the forehead” 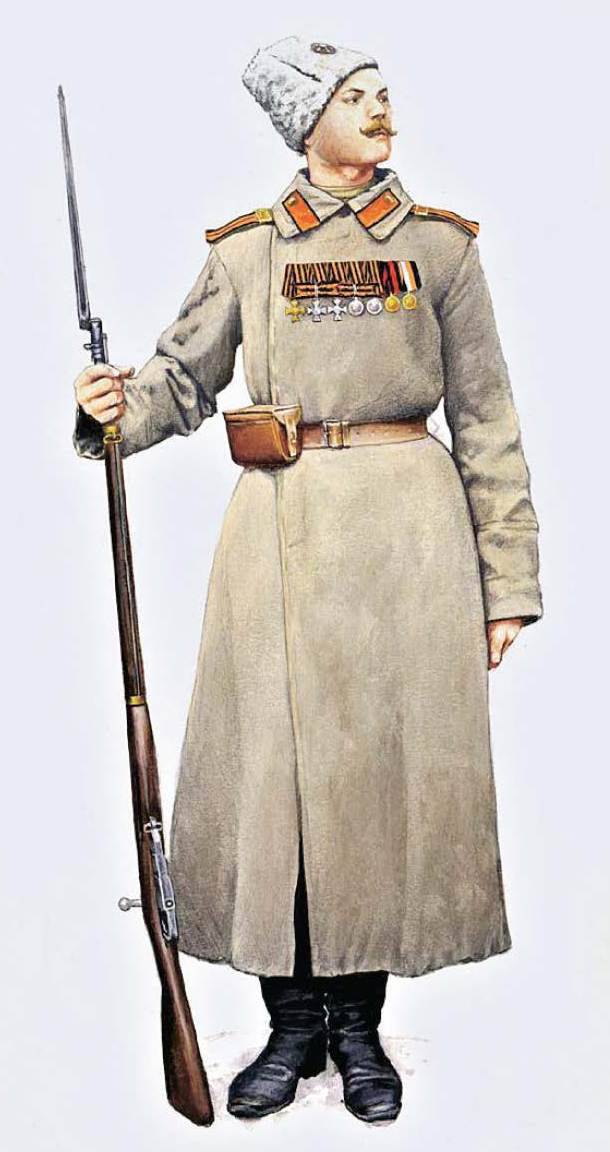 100 years ago, in one of the autumn editions of the magazine “Noncommissioned Officer”, published for the junior commanding staff of the Russian army, a curious article was published dedicated to the memory of the fallen hero - Senior Noncommissioned Officer Ivan Nachevny, who was awarded four George's crosses for his military merit. The story about this forgotten hero, written on the basis of the stories of fellow soldiers of Ocechny, is so bright and interesting that below we give it in its entirety.

Ivan Nachevny is the type of our gray hero with whom our valiant army is so rich. Every officer, every soldier knew him well in his regiment.

On the very next day after the declaration of war into the army he was a senior non-commissioned officer and platoon commander, Nachevny soon separated himself from his comrades and became an authority in the company. Slowly, with imperturbable hohlatsky calmness, he went to the hottest battles and served as an example for his younger comrades. Whether the company, where Nachevny was, happened, to put out guard in a dangerous place, right in front of the Germans, to carry out combat reconnaissance, to overpower the German outpost, all these important tasks were given to Nachevny with his platoon. And there seemed to be no chance for him to fail. The soldiers respected and loved their older comrade, the authorities deeply appreciated his military work.

But Prichevny had his own weaknesses. Being, for example, in positions, he never shot through a loophole, but always rose from the trench and shot over the parapet.

- What are you doing, robber? shouted an angry company commander at Prichevny. - Shoot over the parapet? You just ruin yourself in vain. Get down now in the trench!

“It’s impossible for me to do this, Your Honor,” he said calmly, not taking a rifle from his shoulder, Ochechnyi, “because I cannot shoot through the loophole,” there is little space, and I used to shoot while standing. I beat the Germans straight in the forehead.

Indeed, a magnificent shooter, who had several awards for prize shooting in peacetime, Nachevny beat the Germans, as he said, on the forehead, that is, to the head, as a Siberian hunter beats a squirrel in the taiga.

The company commander could not object to this argument of Nachevny and left, with a wave of his hand, and Nachevny continued his hunt, not paying attention to the German bullets buzzing around him.

“All the same, guys, you will not get away from your destiny,” said Nochevny calmly to his comrades. - If “your” bullet is close, from which you are destined to die, she will find you everywhere, and far away - you have nothing to fear: the other one, all the same, will not touch you.

And fate, in which Nachevny so believed, kept the brave and carried him unscathed from the most dangerous positions.

Nachevny differed in bayonet work. Strong in spirit and body, Nechevny, like a true Little Russian, rarely entered into excitement, bordering on a temporary loss of self-control, and made his way with a bayonet and butt among the enemy ranks as efficiently as he once passed with a flail in the hands of thick rows of rye sheaves on the threshing floor in his native village. Working calmly during the bayonet bouts, Nachevny always considered the enemies he personally killed and, in order not to forget their numbers, after the battle he would certainly make notches on his rifle. By the end of May of this year, the number of such notches on the Nachevny rifle had already gone beyond forty ...

By this time, Nachevny already had George crosses of the fourth, third and second degrees, and his fame spread far beyond his regiment.

Perishing, as it often happens, died purely by chance. It happened like this.

The regiment had just changed from positions to go to reserve for rest. As soon as the company of Nachevny moved a mile away, Nachevny remembered that he had left his pouch with tobacco, which he received as a gift and which he valued very much.

- Stop! I will not go without a pouch, ”Nachevny said to his soldiers, and asking for help from the company commander, hurried back to the trenches.

Finding a pouch, Prichevny caught up with the company. Suddenly, not far to the side, Nachevny noticed three German infantrymen, who had apparently strayed from their unit. Primary and rushed to them. Seeing the Russian soldier running toward them with a rifle at the ready, the Germans rushed to hell. Seeing that the Germans, perhaps, would go into the woods, Nachevny put two of them with two shots and ran after the third. Running past the dead, Prichevny noticed that one of them was a sergeant-major. Wanting to get his documents, he stopped and, stooping, began to search his pockets, throwing the rifle to the ground. 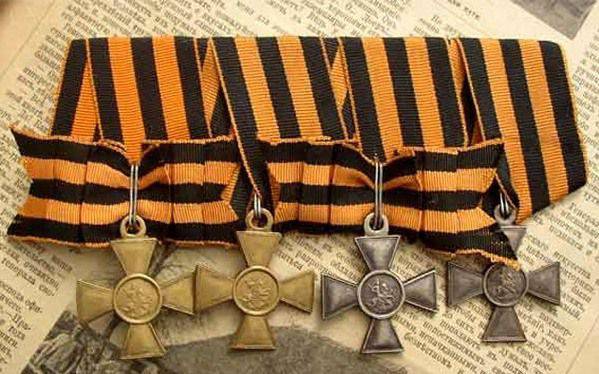 Nachevny did not notice how another five of his comrades approached the German who had fled, and everyone piled on him. Accustomed in hand-to-hand fighting to all sorts of accidents, Nachevny struck one of the Germans with his fist so that half of his teeth immediately flew out. The rest of the Germans, seeing that the case was taking a bad turn, raised Prichevny on bayonets.

Scouts rushed to the aid of Nachevny. But it was too late: they found the hero unconscious, pierced with bayonets.

At the dressing station Nachevny came to himself.

“You have to die,” he said, weakening by the minute, “Well, well!” Dying, so dying. Not sorry. Do not let death. It is a pity that the third German ran away, I did not have time to catch up with him.

The authorities of Nachevny, having learned about his last feat, presented him to the highest award, the George Cross of the First Degree. When the Prichevny rifle was brought to the regiment, 47 nicks were counted on it.

Ctrl Enter
Noticed oshЫbku Highlight text and press. Ctrl + Enter
We are
Sons of ivanC George on the chest. Cavaliers of the Order of St. George on the fronts of the First World War
13 comments
Information
Dear reader, to leave comments on the publication, you must to register.