MO: satellites launched from Plesetsk were taken on board

24 September 2015
13
The Russian Defense Ministry has taken over the control of military satellites put into orbit on Thursday by the Rokot launch vehicle, reports RIA News message of the military department. 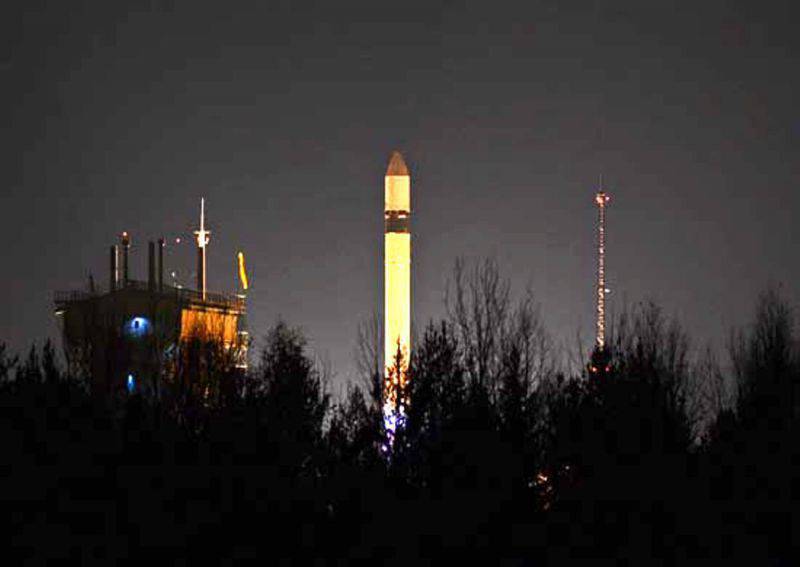 “Three spacecrafts launched in the interests of the Russian Defense Ministry by combat crews of the Aerospace Forces from the Plesetsk cosmodrome were put into target orbit at an estimated time and taken to control ground-based facilities of the Titov Main Space Testing Center”, Says the release.

“A steady telemetric connection is established and maintained with spacecraft. The onboard systems of the spacecraft are functioning normally. After adopting the control spacecraft assigned serial numbers "Cosmos-2507", "Cosmos-2508", "Cosmos-2509", "- said the Ministry of Defense.

Ctrl Enter
Noticed a mistake Highlight text and press. Ctrl + Enter
We are
ARMY-2016. Cluster VCS. Part of 2. Space is space!The Rokot rocket was successfully launched from the Plesetsk cosmodrome
13 comments
Information
Dear reader, to leave comments on the publication, you must to register.