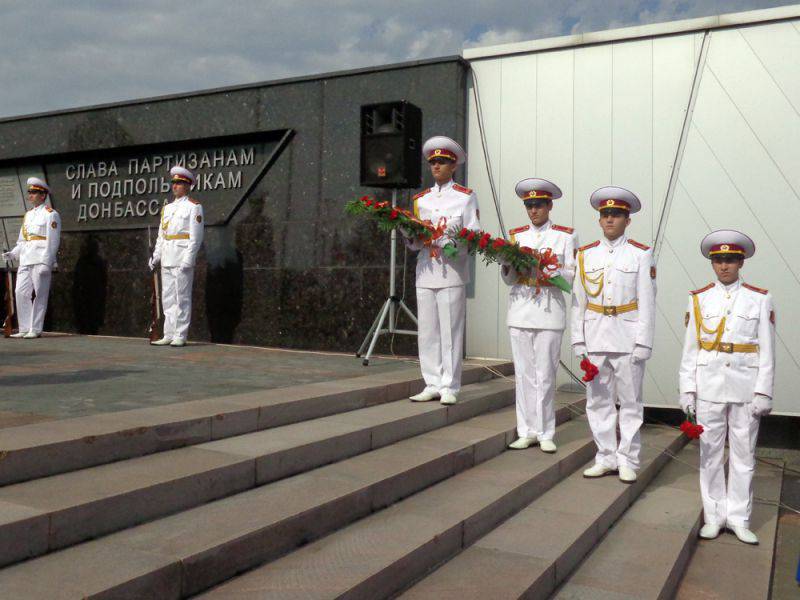 September 22 in Ukraine - Day of Partisan Glory. This holiday was established by the decree of the former Ukrainian President Leonid Kuchma in 2001, in the year of the 60 anniversary of the beginning of the partisan movement. And the initiative about this was put forward by veterans of the Great Patriotic War.

In the Donetsk People's Republic do not forget about the good traditions. Even if they are associated with Ukraine, for example, this memorable date. Even in spite of the fact that only the Communists in some areas celebrated this date in Ukraine itself, both very modestly and at great risk, almost underground. In conditions when today's Ukrainian regime refuses memory and stories people, - who, if not the People's Republics, inherited such glorious traditions?

Despite the fact that there are few wooded areas in the Donbass and that is why the partisan movement here was not as powerful as, for example, in the legendary forests near Rivne, the miner’s edge still has something to be proud of. There were formed partisan detachments (mainly under Slavyansk because of the terrain) and underground groups. They carried out more 600 operations: eliminated the enemy's manpower, undermined German trains, distributed leaflets, rescued prisoners of war.

Although the day of the beginning of the partisan movement in Ukraine is considered to be 22 of September of 1941, but in the Donbas it began to take shape even earlier - almost immediately after the occupation began. And this is despite the barbaric terror imposed by the invaders. More than 17 of thousands of communists and patriots of Donetsk (then the city of Stalino) were dumped into the mine holes of the Kalinovka 4-4-bis mine. Other mines (and not only mines!) Also became places of mass reprisals of fascists over the inhabitants of Donbass.

In the memorial complex "Your Liberators, Donbass", located in the Leninsky Komsomol Park, a separate wing is specially allocated to honor the memory of the dead partisans and underground fighters. September 22 held a rally in honor of Partisan Glory Day. 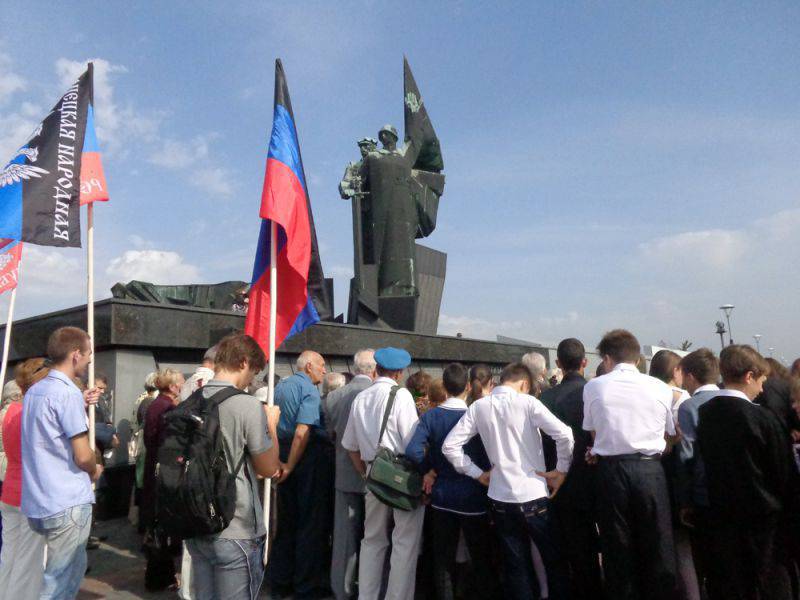 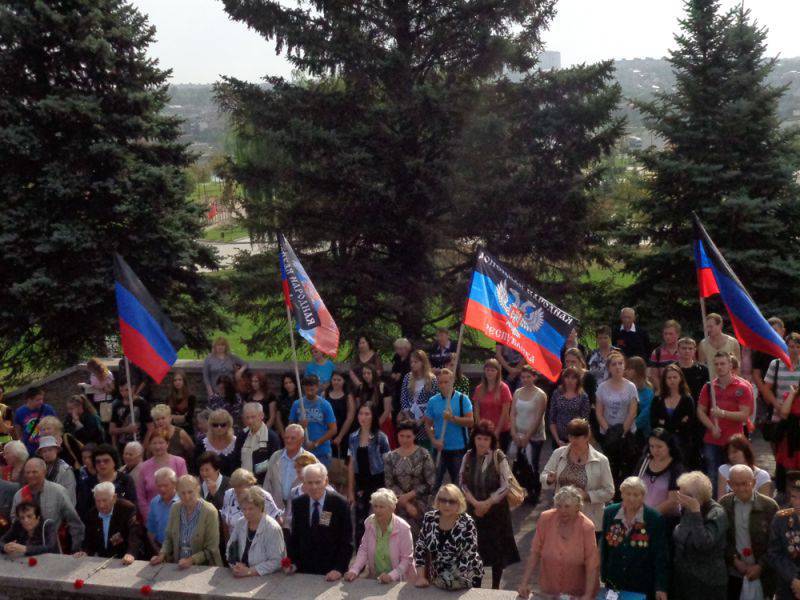 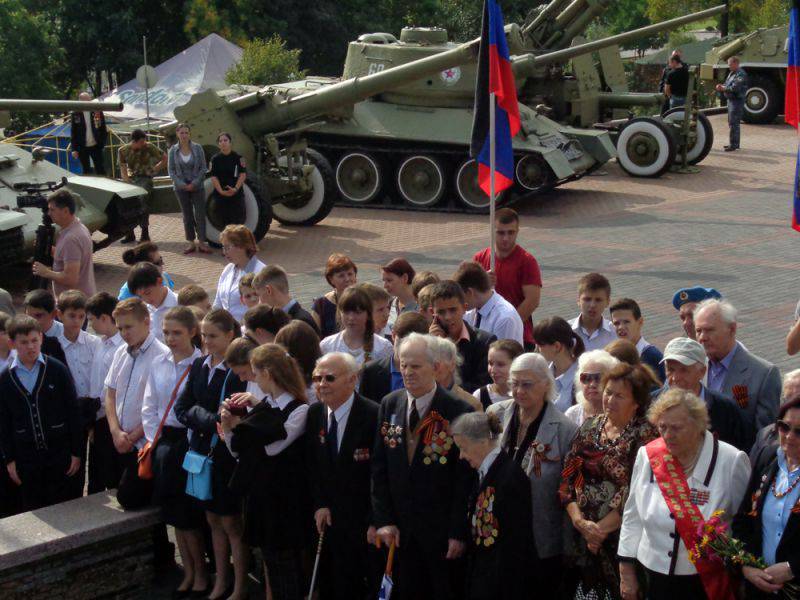 The speakers noted that all the people had risen to fight against fascism, from young to old. Unfortunately, after many years, war again came to the land of Donbass. 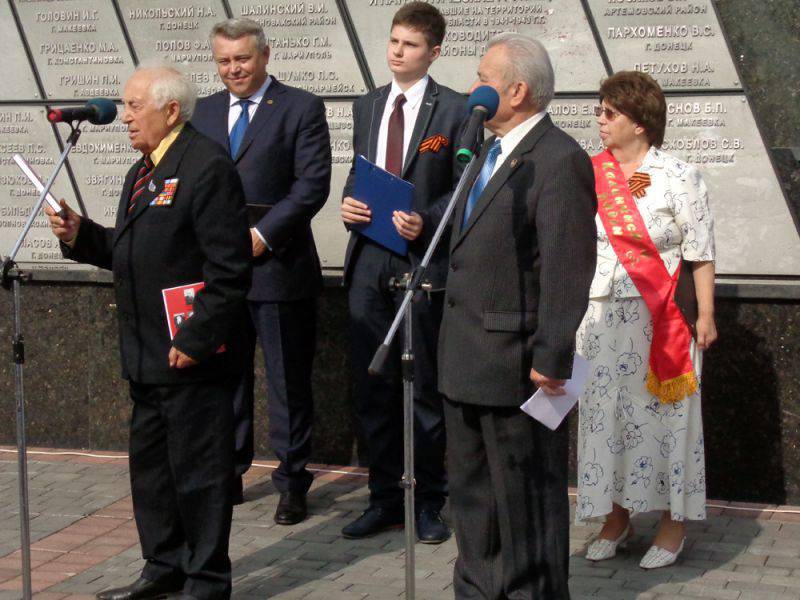 Veterans, schoolchildren, and activists of search teams spoke at the rally. The head of the Donetsk administration, Igor Martynov, wished all veterans of the war that peace would come as soon as possible. Military songs were performed. After a minute of silence, flowers were laid. 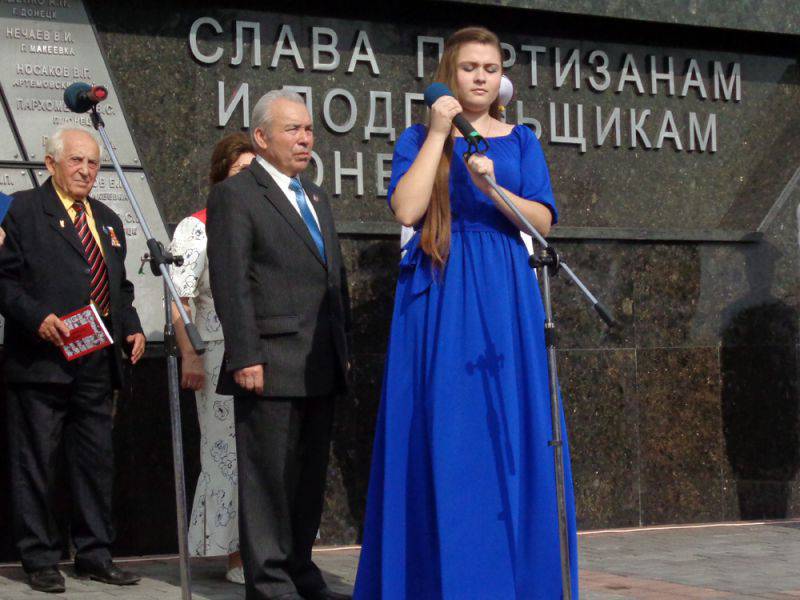 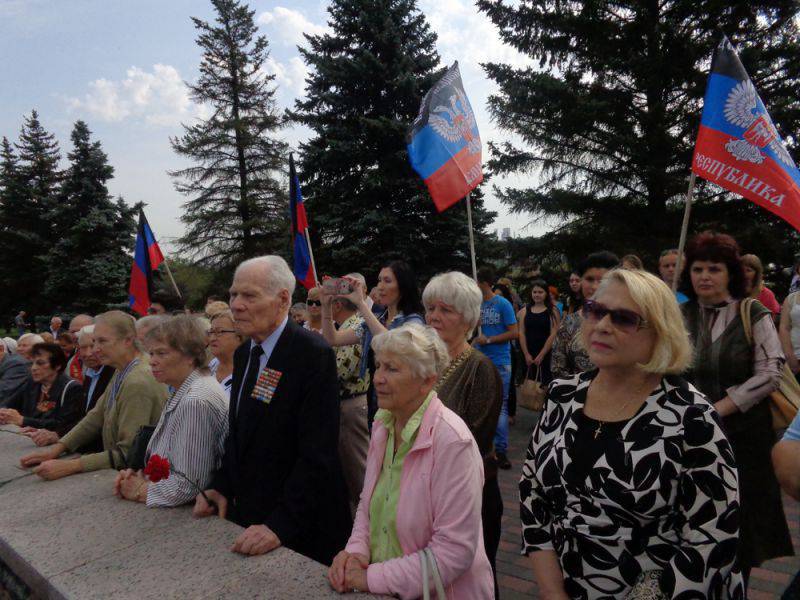 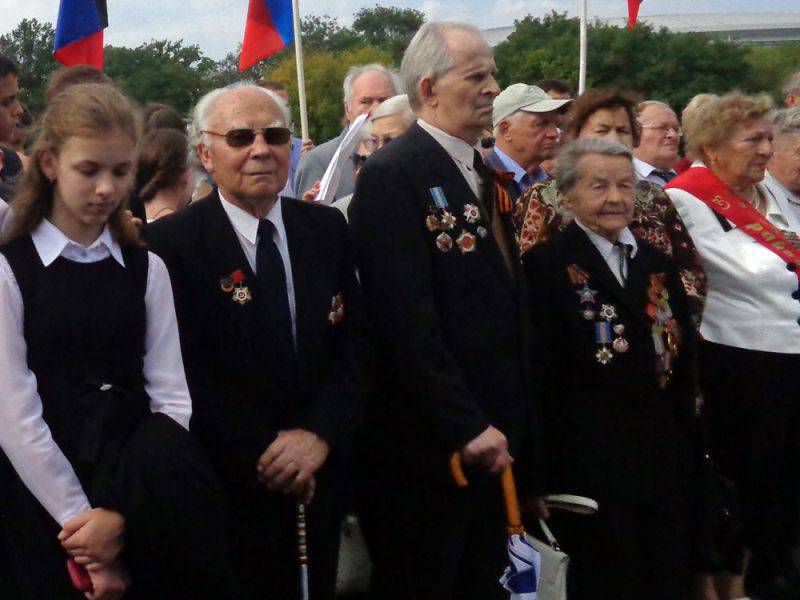 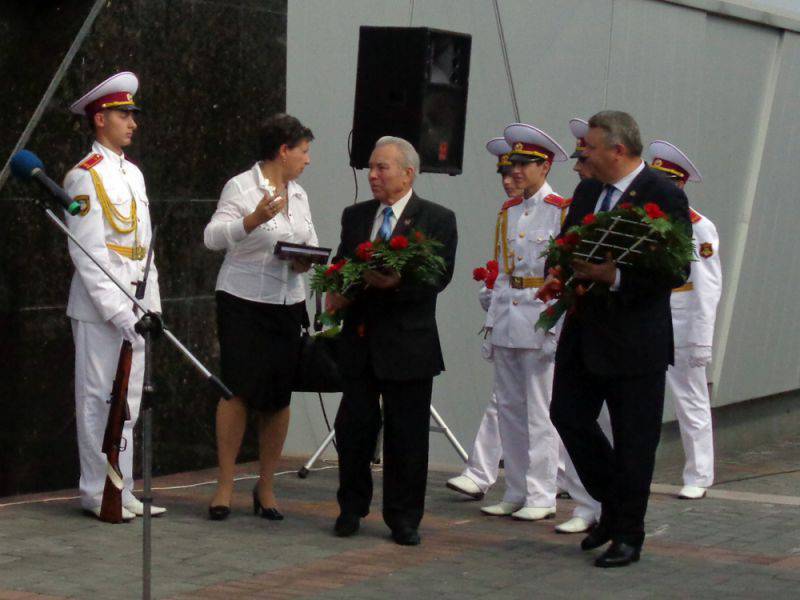 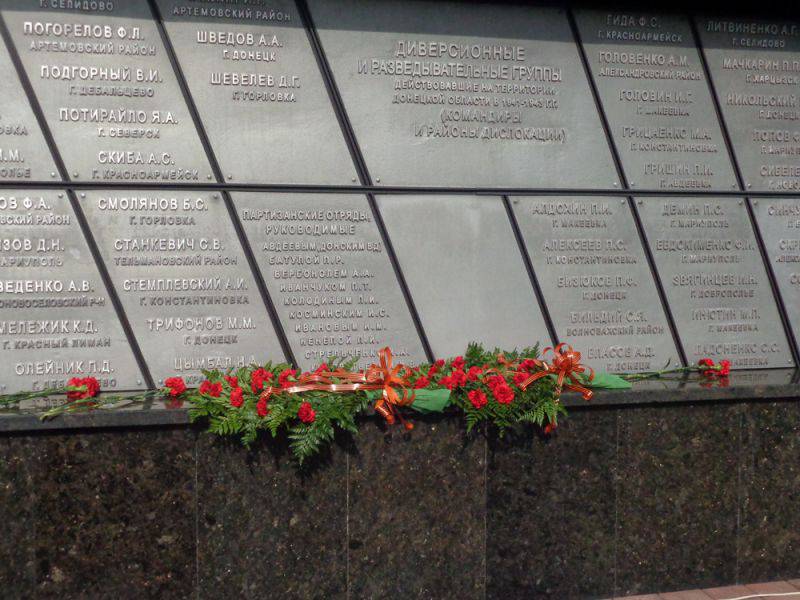 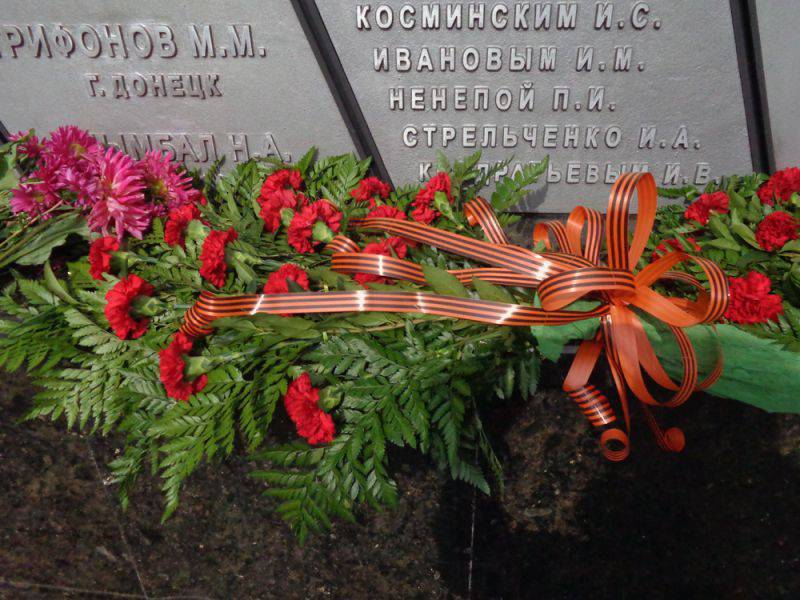 And on the eve of September, 21, a meeting with veterans of the Great Patriotic War was held in Donetsk. The hall could not accommodate everyone, many visitors stayed in the lobby and listened to speeches from there. 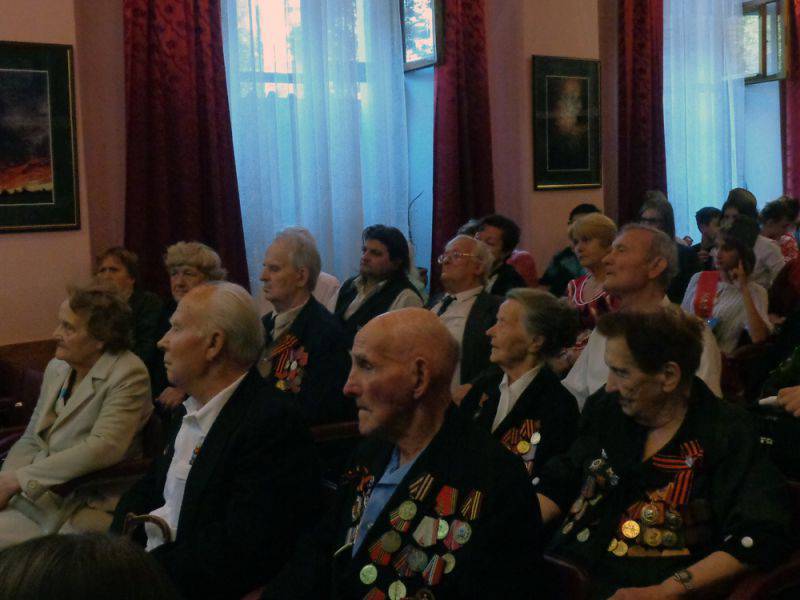 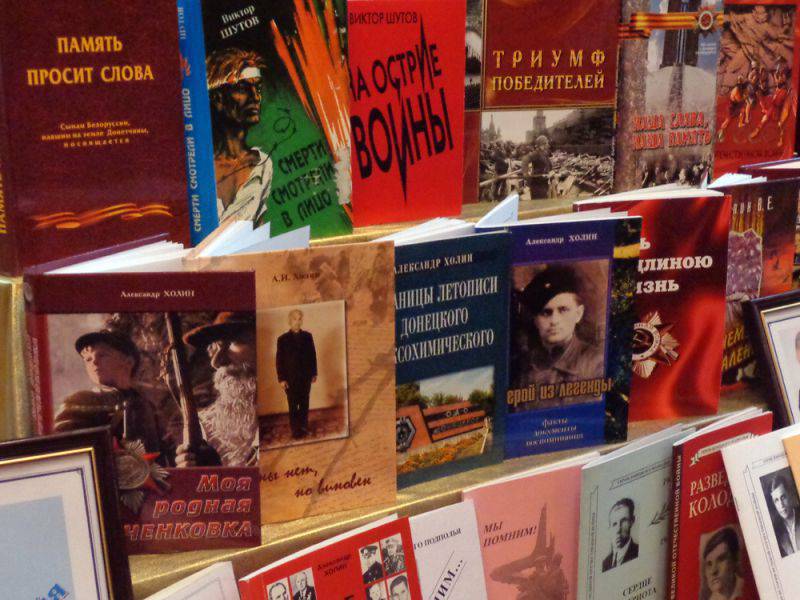 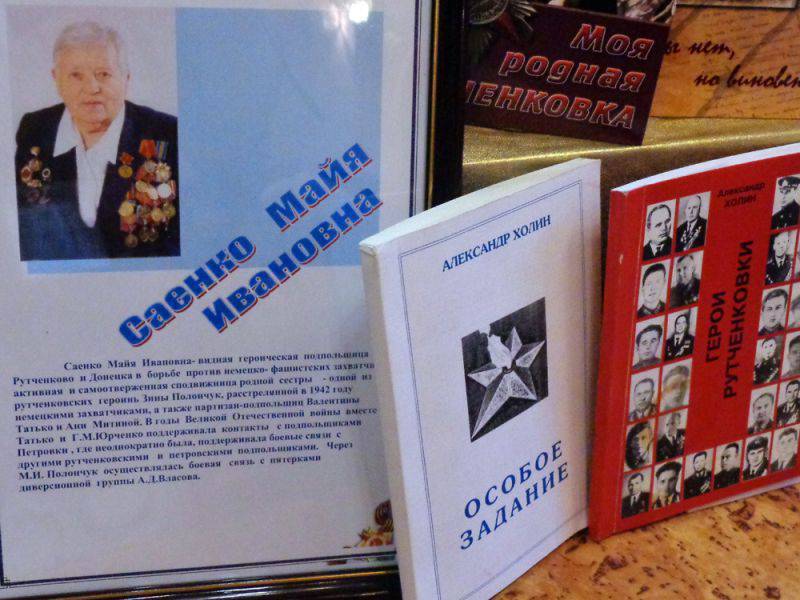 As the head of the agency “Books of Memory” Ivan Kulaga stressed, about 1200 partisans and underground fighters of the Donetsk region died on the alarming days of the war, and now 43 people have survived. Of course, not all of them could come to the meeting, but those who came with enthusiasm and gleam in their eyes shared their memories, although sometimes they were very sad.

A veteran of World War II, Alexander Kholin wrote 11 books about the underground workers of the Donetsk region. He devoted his speech to the stories of the exploits of these remarkable people who challenged fascism. 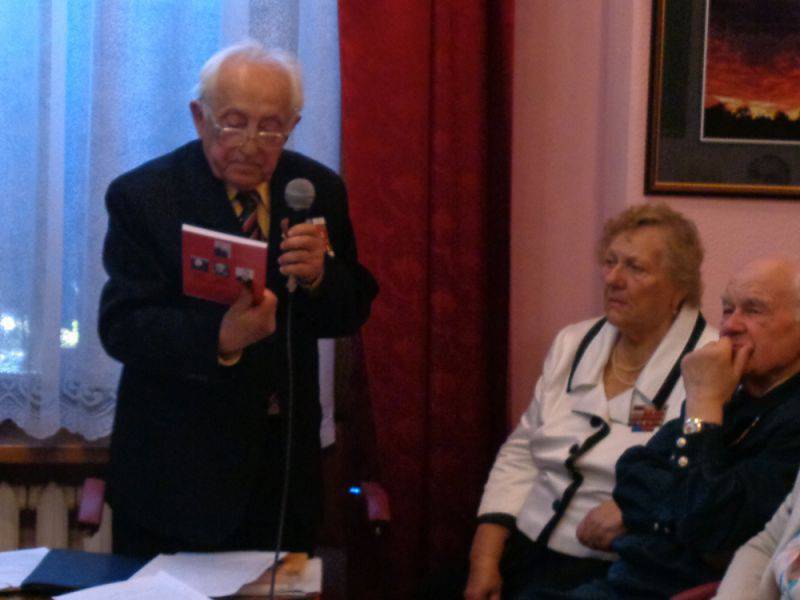 There were shown excerpts from documentaries about partisans not only of Donbass, but also of Ukraine - in particular, about Sidor Kovpak. From the stage there were poems and songs about the war: “Dark-skinned woman”, “He did not return from the battlefield”, and in the end - a poppuri from military songs. The hall eagerly sang along. 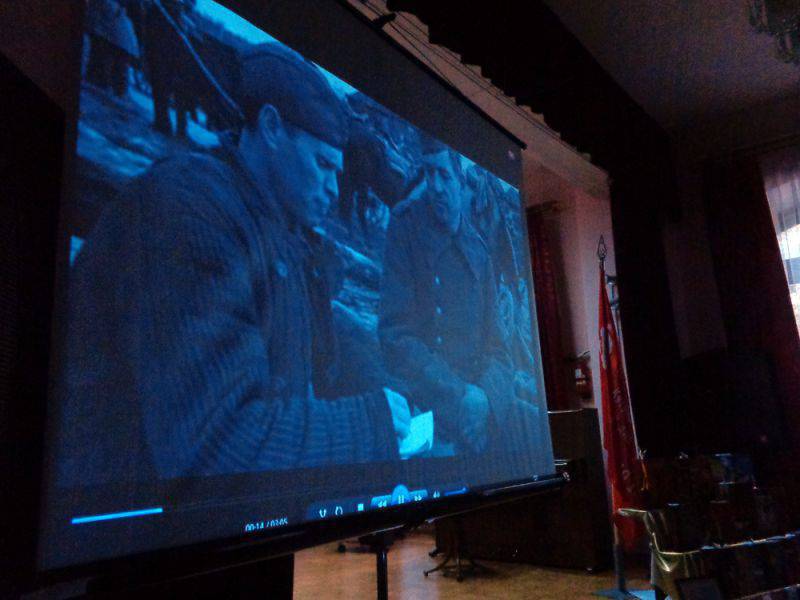 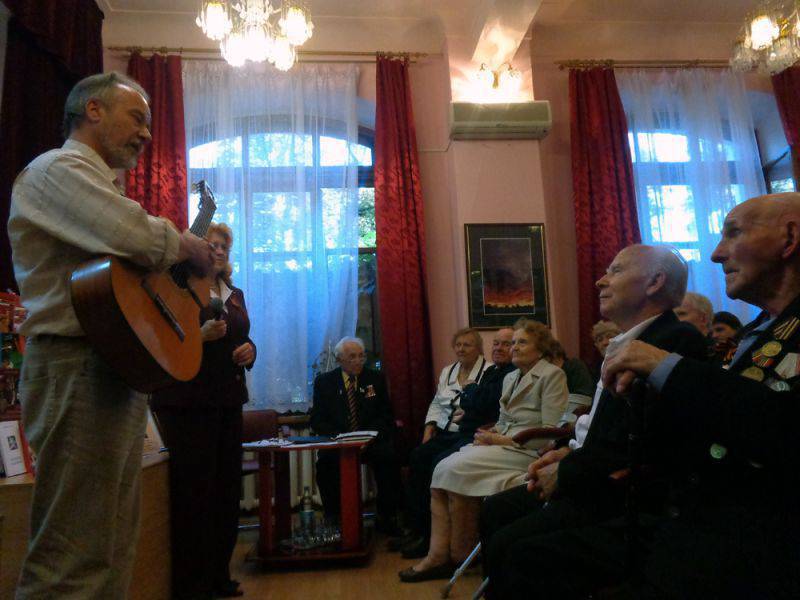 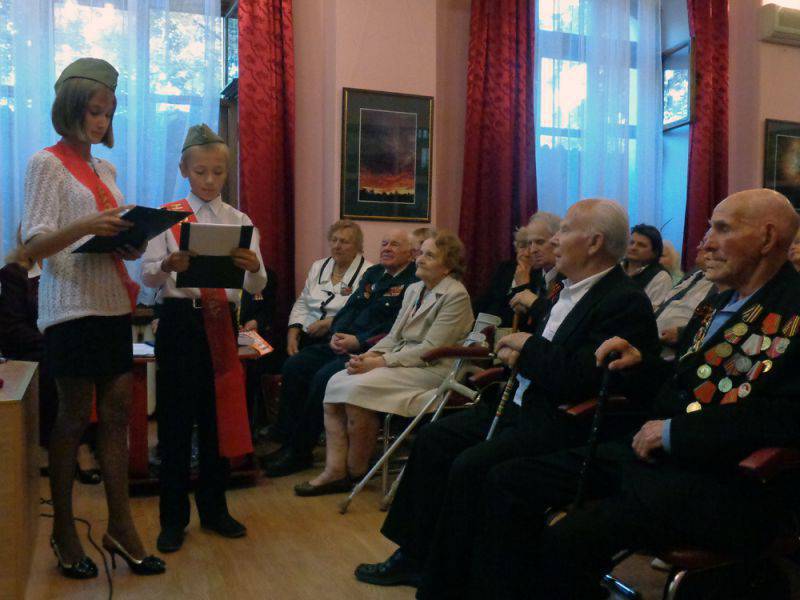 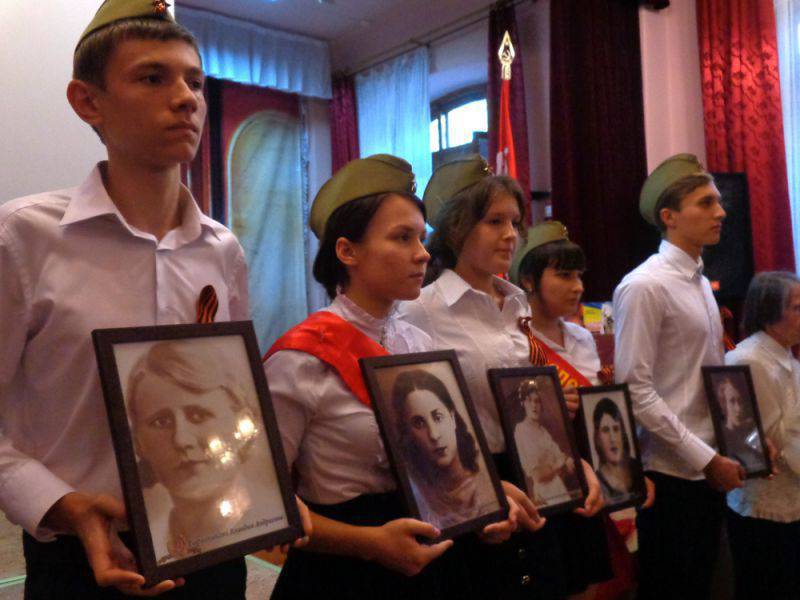 The schoolchildren took to the stage with portraits of the girls ’underground workers Claudia Baranchikova, Martha Noskova, Shura Vasilyeva, Kapitolina Kostrykina and Zina Polonchuk. After torture in fascist dungeons, they were shot 15 January 1942 year. Claudia Baranchikova got a job as a nurse in a prisoner of war camp created by the invaders. She handed the prisoners encouraging letters from other girls, as well as food. An underground group of girls made documents for prisoners of war. The soldiers were allegedly summoned to a medical examination, and then they organized an escape, helped to hide and transferred to the front line. In addition, underground workers engaged in the distribution of leaflets. However, on January 9 1942, under the denunciation of traitors, five girls were arrested and six days later brutally murdered.

Now their names are carved at the foot of another monument in Donetsk - the memorial to the victims of fascism in a park near the Center for Slavic Culture and Literature. 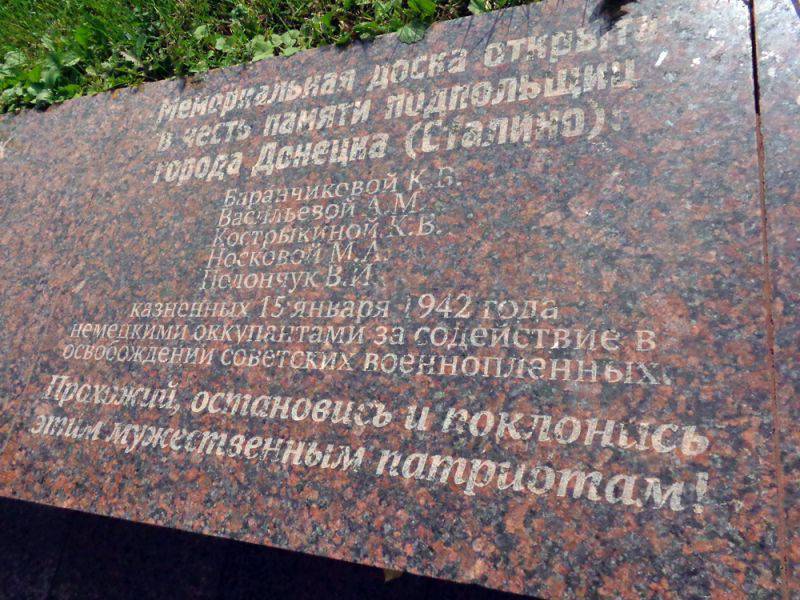 The people of Donbass remember the heroes - both those who fought directly in this staunch region, and those who liberated Ukraine. Even if Ukraine itself today is seriously ill with unconsciousness.

Ctrl Enter
Noticed a mistake Highlight text and press. Ctrl + Enter
We are
Situational analysis of the death of the MH17 flight (Malaysian Boeing 777), made on the basis of engineering analysis from 15.08.2014Artillery of the Korean People’s Army. Part of 3. Reactive systems
10 comments
Information
Dear reader, to leave comments on the publication, you must to register.