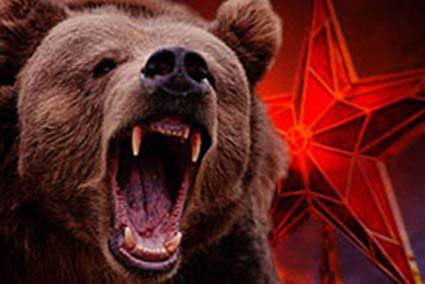 Wise Russian people. Russian proverbs and sayings are the quintessence of centuries of experience. You read them and you do not get tired to admire the accuracy of formulations.

Today, we recall only one: “Whoever remembers the old - that’s out of sight. And who will forget - both of them! ”Those texts that you, dear readers, read further, very well illustrate this saying.
We do not want to remember what was, for the sake of the process of publishing these materials. We want everyone to read this, right down to the authors (who are alive) of these texts themselves.

Yesterday it was early - tomorrow, maybe, God forbid, late. We decided to recall this today, when the West is crushing Libya, is aiming at Syria and is already threatening Russia.

Now that Russia is striving to become so sweet for the American heart a democracy, it is now that these impermissible shouts began to be heard from across the ocean. And why? Because it is a democracy. That is - their power system. It is possible to shout at them and not to react - “the dog barks, the caravan moves on” - but the experience of the behavior of the United States shows: first a shout, and then a whip.

“In the face of potential mass atrocities, our options are never limited to either sending the military or supporting suppressing atrocities. The actions that we can choose are many. They extend from economic to diplomatic intervention, and from non-combat hostilities to direct intervention. ” This text is signed by Nobel Peace Prize Laureate Barack Obama 4 August 2011. The document is called "Presidential directive" Research on mass atrocities "(PresidentialStudyDirectiveonMassAtrocities).

Let's start with two deadly facts, best of all demonstrating to our reader, how Russia is hated in the West. "Among young Japanese - and not only among them - it is widely believed that the atomic bombing of Nagasaki and Hiroshima on 1945 is, in fact, the work of not the Americans, but the Russians."

Do you understand what the Japanese and local propagandists imposed on the Japanese? That Hiroshima and Nagasaki bombed the Soviet Union with nuclear bombs! This is the result of years of brainwashing! This means that our country is not only accused of having “unleashed the Second World War together with Hitler” (the US Embassy in Estonia made 23 August 2011 of the year in which, along with Hitler's Germany, blamed the start of the Second World War on the USSR), but they are preparing public opinion to attribute the USSR to the bombing of Hiroshima and Nagasaki with atomic bombs!

The speech of the President of the United States of America William (Bill) Clinton at a closed meeting of the Joint Chiefs of Staff 25 in October 1995: “For the past ten years, the policy towards the USSR and its allies has convincingly proved the correctness of our course to eliminate one of the strongest powers of the world, as well as the strongest military unit. Using the blunders of Soviet diplomacy, the extraordinary arrogance of Gorbachev and his entourage, including those who openly took a pro-American stance, we achieved what President Truman was about to do with the Soviet Union through an atomic bomb. True, with one significant difference - we received a raw material appendage, a state not destroyed by the atom, which would not be easy to create. Yes, we have spent many billions of dollars on this, but they are already close to what Russians call “self-sufficiency”. In four years, we and our allies received various strategic raw materials for 15 billions of dollars, hundreds of tons of gold, precious stones, etc. For non-existent projects, we have been transferred for negligible amounts over 20 thousand tons of copper, nearly 50 thousand tons of aluminum, 2 thousand tons of cesium, beryllium, strontium, etc. During the years of the so-called perestroika in the USSR, many of our military and businessmen did not believe in the success of the upcoming operation. And in vain. Having shaken the ideological foundations of the USSR, we managed to bloodlessly withdraw from the war for world domination the state that makes up the main competition to America. Our goal and objective is to continue to assist everyone who wants to see in us a model of Western freedom and democracy. When at the beginning of 1991, CIA employees transferred to the East to implement our 50 plans of millions of dollars, and then the same amounts, many politicians and the military did not believe in the success of the business. Now, after four years, it is clear that our plans began to be realized. ... If we solve these problems, then in the next decade the following problems will be resolved: the division of Russia into small states through inter-regional wars, such as those that were organized in Yugoslavia; the final collapse of the military-industrial complex of Russia and the army; the establishment of regimes in the republics that are separated from Russia, which are necessary for us. This is how the Russian Manilov region is broken up by the iron logic of American cynics No one there to be friends with us and is not going to - "raw materials appendage" and the point!