Egypt has declared the destruction of the terrorists in Sinai

23 September 2015
13
The Egyptian Defense Ministry announced the successful completion of the first stage of the large-scale operation "Right of the Martyr" in the north of Sinai, reports RIA News. 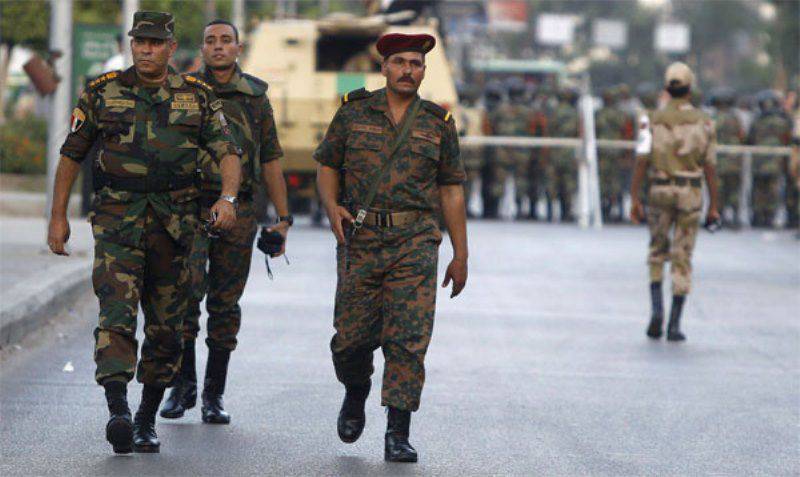 According to the ministry, “The Egyptian Armed Forces managed to eliminate and clear out the bases and shelters of terrorists, where they were hiding and planning their activities, for 16 days of operation.”

“All the main objectives of the operation were achieved,” the release underlines.

The actions of the military were aimed at the destruction of militants of the Beit El-Makdis group, which joined the “Islamic State. According to the Ministry of Defense, the Egyptian army "managed to eliminate more than two hundred radicals."

The fight against this grouping actually lasted for about 2 years. The militant activity has increased many times in 2013 after the removal of Islamist president Mursi from power.