23 September 2015
100
Ukraine is preparing to experience a new “zradu”. The blocking three directions (Chongar, Chaplink and Kalanchak) from the territory of Ukraine to the Crimea, arkharovtsy Refat Chubarov, who are working on 30 of silver coins, and newer Yaroshim, who are dying of idleness, begin to take hundreds of trucks off the state of accumulated on the border. Embittered by the fact that they incur colossal losses, and that the owner of the cargo for the simple will not pay obviously, Ukrainian truckers are becoming more and more. The line of trucks with various Ukrainian goods at the Chongar checkpoint alone reaches several kilometers. The boiling point in the environment of truck drivers is about to be reached if the blocking of routes by radicals is not stopped. 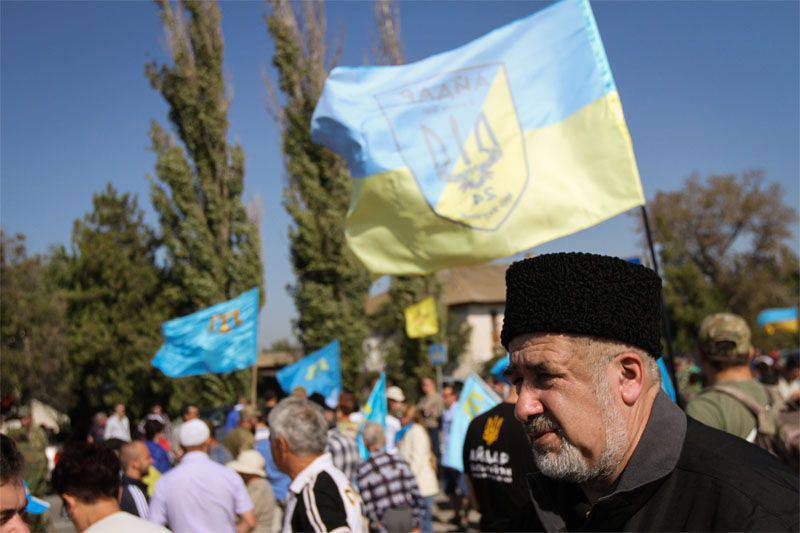 So what is the "zrada"? Namely, truckers who are ready to mount the Chubarovtsy and Pravoseks into the head with the thought of their, to put it mildly, non-constructive activity, become more, and they increasingly express their “concerns” to the radicals ... In the camp of Pravoseks and those who call themselves representatives of the “Mejlis of the Crimean Tatars”, the first statements of the following nature began to appear: they say, if someone from the truckers declares that the blockade of the peninsula is to the detriment of Ukraine’s economy, then this person should be accused of involvement in yours elf Russian special services. “It is best to“ identify ”him as an agent of the FSB of the Russian Federation ... They say that this is not a Ukrainian patriotic truck driver at all, but“ the fierce embezzlement of Ukraine, who’s hidden in his pocket is a Russian serviceman’s crust ”...

The situation is getting hotter by the hour at the border, according to the press service of the Border Department of the Federal Security Service of the Republic of Crimea. RIA News publishes the statement of the official representative of the Ministry:
According to the persons crossing the state border, in the contiguous territory, among truck drivers, there is a riot due to deteriorating products in trucks. 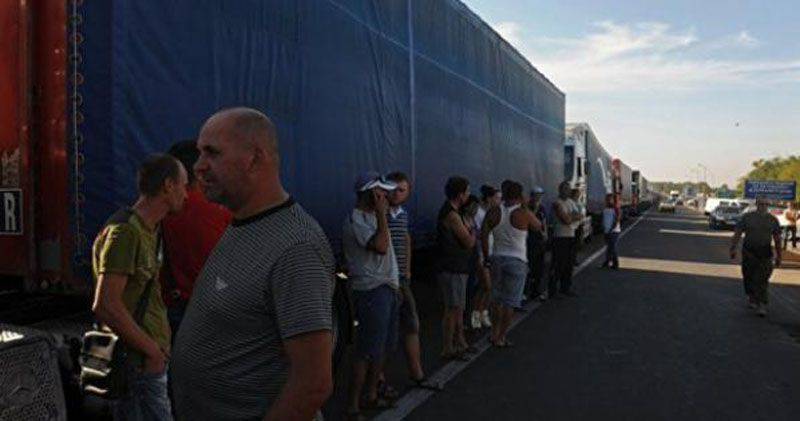 And this statement added even more degrees to the discussion of “fear of the ukroradicals”: ​​they say, just look - representatives of the border service of the Federal Security Service of Russia spoke about the possibility of a riot among truckers standing on the border, and this is the bell ... Some truckers are leaving the border, but others ("some suspicious") to the border, you know, are coming ...

One of the ideological maydanutyh in the camp blocked the road for economic transport in the Crimea is a man like Vladimir Parasyuk. This is the so-called extra-fractional deputy of the Verkhovna Rada, who was previously listed as the commander of the 4 Company of the Dnepr-1 battalion. The piquancy is that radicals like Parasyuk, as a “hero of the ATO”, should be listening, but not everyone listens. It's like in the old proverb about the Ukrainian partisan detachment with a traitor ... And there are people among the "blocking" Crimea belonging to Parasyuk with obvious wariness and wondering: is it not in our squad that it is the same who can bring long-distance truckers into a sin?

The fact is that in the biography of Parasyuk (a citizen of Ukraine 1987, born) there is a rather interesting episode. This is one of the few "commanders" of the so-called volunteer battalions (battalion mouth), who not only was captured by the militia, but also freed from it. The capture of Parasyuk took place on 29 on August 2014 of the year during the battles for Ilovaisk. The candidate (at that time) for the people's deputies from 122 district of Lviv region was in the hands of the military personnel of the Armed Forces of the DPR. However, after three days, Parasyuk was handed over to the Ukrainian side. 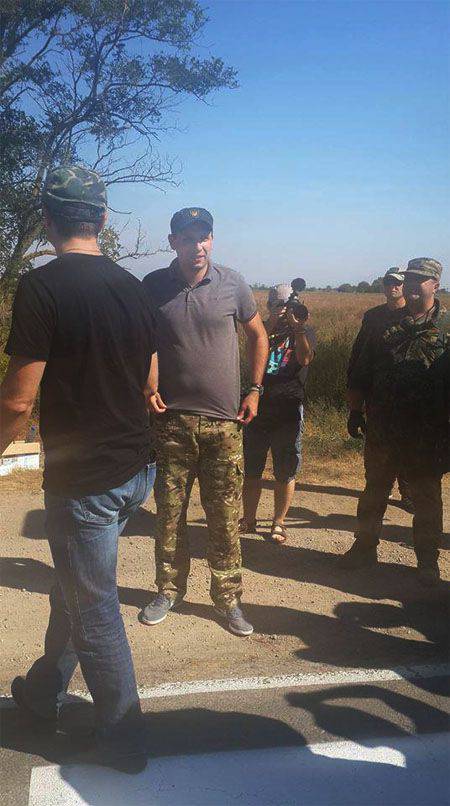 One of the first to suspect that “something was wrong” was the then deputy head of the Dnipropetrovsk Regional State Administration - the six of Mr. Kolomoisky - Mr. Filatov. According to Filatov, Parasyuk was taken out for a “conversation” with representatives of the special services of Russia, after which 28-year-old Vladimir Zinovyevich safely returned to Ukraine, a few days later he was also elected to the deputies. And although Parasyuk kicked in every way after Filatov’s statements about the conversation with the Russian special services, stating that “there was no conversation,” because the DNR could not “identify” him - Parasyuk, now the people's deputy is under the gun of “patriotic friends” ...

So, practically any Ukrainian trucker, as well as deputy Parasyuk, who lost his company in the Donbass last year, goes to the potential “enemies”. With such sentiments, the “blockade” of the Crimea continues for the time being, but it seems that just buzzing the drone over the heads of the “blockers” is enough, as this whole mass will fall to the ground, virtually repeating the unprecedented feat of Mikhail Saakashvili in August 2008 ...

The head of the Republic of Crimea Sergey Aksyonov, meanwhile, called the action, arranged on the border by the Ukrainian radicals, the next incarnation of the cartoon “Robbery in Italian”. Sergey Aksyonov quoted news agency TASS:

The action reminds me more of the script for the comedy cartoon “The Robbery in Italian”, where Mario was going to rob the bank and warned him in a week - how will I go, how do I rob, will I go soon, give money when I rob the bank.

Serhiy Aksyonov heard this proposal and stated that if the “blockade” was continued, then Ukrainian goods would be replaced with Russian goods within the next two weeks. Grateful Ukrainian economy should thank anybody Parasyuk, Chubarov and Dzhemilev. These guys are doing a great job in helping Russian import substitution ...

Sergey Aksyonov about the “blockers”:

Everyone is watching with interest how it will end, how much they will stand. We, honestly, funny.

Indeed, it is ridiculous ... At least because Parasyuk, Chubarov and Co. obviously do not take into account the geographical features of the Crimea, speaking of the "blockade". Or do these clowns (forgive professional circus performers) seriously believe that it is impossible to put goods on the peninsula in any other way? .. Either self-PR is a matter of fact that it is not geography or overseas grant received through the next "democratic" NGO ( non-profit organization) of Ukraine fogs the mind. In general, for the time being, the whole Chubarov-Parasyukov “blockade” comes down to tickling the nerves of the “long-range” and causing the next losses to the “square” economy.

And these people are still saying something about the “return” of Crimea to the bosom of Ukraine? .. If the “blockade” is one of the methods of “returning” the peninsula, then the Crimeans have the opportunity to finally be convinced of the “good intentions” and the “indestructible friendliness” of individuals whose brain is affected by bacterium Maidan.

Ctrl Enter
Noticed oshЫbku Highlight text and press. Ctrl + Enter
We are
The “bear blockade” of Russian trucks is a “bear service” to the Ukrainian economyStrangulation: the context, conduct and consequences of the American naval blockade of China
Military Reviewin Yandex News
Military Reviewin Google News
100 comments
Information
Dear reader, to leave comments on the publication, you must sign in.