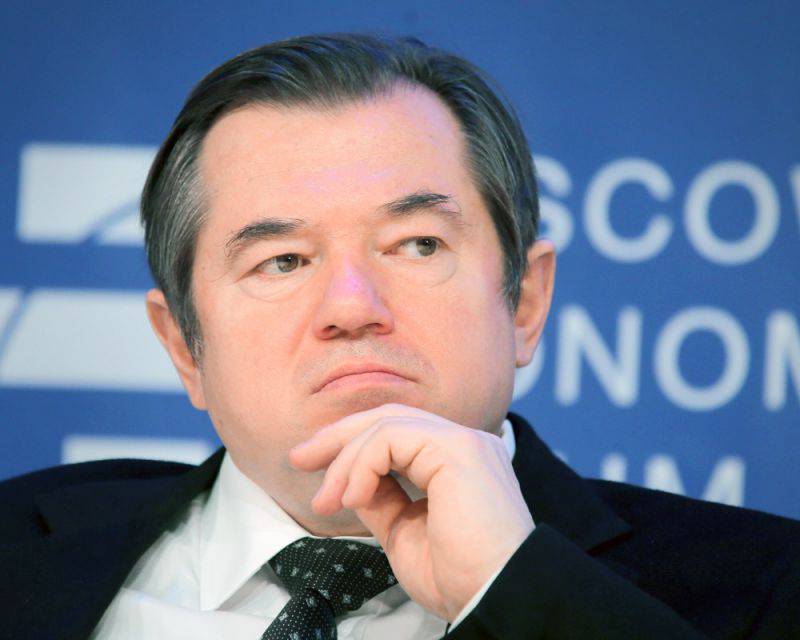 Some time ago, the respected economist Sergey Y. Glazyev proposed his plan to protect the domestic economy from sanctions (by maximally isolating it from the influence of speculators and locking resources in the domestic market, thereby protecting economic sovereignty). While experts are discussing the program itself, public attention was attracted by the violent reaction of influential liberal circles, who, with manic persistence, began to throw mud at it even at the stage of appearance as a group of theses. Harassment in the press continued even when the Kremlin, through the presidential press secretary Dmitry Peskov, officially disowned Glazyev’s proposals:

However, Peskov’s statement meant that Vladimir Putin somehow familiarized himself with the program, and the domestic liberal elite had quite weighty reasons for concern. After all, if Glazyev’s proposals suddenly come to court, it would mean that not two or three dozen people were removed from the financial trough, but in fact a whole class of parasites who had been creating their own branch structure in the state apparatus for more than two decades.

We are talking about real institutions of a liberal economy, where local authorities, when they are in high positions, bring with them a whole pack of protégés, students, etc. In total, there are thousands, if not tens of thousands, of people with liberal and Russophobic views in their positions. capable of no activity other than indiscriminate theft.

For decades, sitting on the distribution of financial flows, the whole of this large friendly team has ensured an exceptionally comfortable existence. Coming to any of the key posts of a person with the views of Glazyev (not necessarily personally Sergey Yuryevich) will mean for the absolute majority of system liberals removal from the trough, since completely different people will start building a new economy. Glazyev’s plan, whatever its flaws, is the real alternative to the current neoliberal economic course. Not clarification, editing or adjustment, but a complete alternative.

It is possible that the Kremlin is increasingly aware of the disastrous consequences of following the same path. According to the Ministry of Economic Development, in January-August, Russia's GDP fell by 3,9%, and the trends are becoming less and less joyful: if in June the annualized decline (according to the same MER) was 4,2%, then in July it was already 4,6%.

In fairness it should be noted that the fall itself, of course, began long before the events around Ukraine and all the sanctions. Back in November 2013, the then head of the Russian Railways, Vladimir Yakunin, reported to the president that by the end of the year, the decline in rail freight (which is one of the indirect indicators of the health of the economy) is expected to be at the level of 3,3%. And other figures did not shine with optimism. After the introduction of sanctions against our country and the fall in oil prices, the situation became only worse.

There is no doubt that liberal economists who have occupied all significant posts have repeatedly promised the head of state if not to stabilize the system, then at least to keep the decline in acceptable values. However, the situation is such that these same indicators nowadays do not just fall down, but simply fly uncontrollably downwards. Of course, the liberal bloc can explain as much as it pleases by the fact that the measures, they say, have not yet had an effect, and we must wait, but the fact remains. In Russia, any serious economic crisis almost always entails a political crisis. A complete collapse of the economy will inevitably end the country. Obviously, it was this circumstance that made the first person of the state turn to the theses of Glazyev, albeit in the form of a general acquaintance.

So far, the financial block liberals are doing everything to aggravate the situation as much as possible. As countermeasures against them and the arranged crisis, they are offering to save in every possible way. But to save not on oligarchs, top managers and the state apparatus, but on the social sphere, as well as on the Armed Forces. It is difficult to come up with a more effective plan for an agent of influence, thrown into the highest echelons of power.

Offering his plan on the Security Council, Glazyev could not help but understand that the upper class, hard-tied to the West, would initially be in the most severe opposition to his ideas. Now a simple thought reigns in oligarchic circles: we will make peace with the United States, and everything will be as before. Apparently, the Russian “top” is not at all familiar with the simple axiom that geopolitical interests are always above economic interests.

In February, 2014, Moscow attacked the exclusive right of the world hegemon to interfere in the affairs of other countries, and this is not forgiven. Since it is not yet possible to bomb Russia, like Yugoslavia or Iraq, it is a bet made on compradors. The latter are faced with the task of collapsing the socio-economic sphere in the shortest possible time, bringing it to full paralysis, weakening the Russian defense capability. In such circumstances, if Glazyev and his program were invited, then just before the collapse, in order to blame him for all the consequences of many years of destructive activity. Sergei Yuryevich obviously understands this and hardly wants to stand at the helm of a sinking ship, preferring to observe the collapse from the side, in order to offer his program again, but in completely different political conditions.

Glazyev’s plan is a plan of salvation, desperate and risky, but necessary. Now it’s not too late to change the course, although the price of such a reversal will be completely different than a year or two years ago. What this price will be in the 2016 year, now no one can predict.

Ctrl Enter
Noticed a mistake Highlight text and press. Ctrl + Enter
We are
Sergey Glazyev. Tips in the void?Situational analysis of the death of the MH17 flight (Malaysian Boeing 777), made on the basis of engineering analysis from 15.08.2014
230 comments
Information
Dear reader, to leave comments on the publication, you must to register.