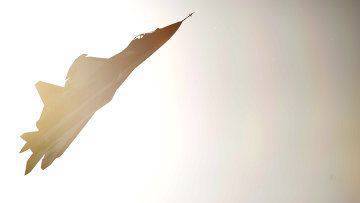 It has been ten years since Lockheed Martin’s F-22 Raptor began to enter service in the United States Air Force.


He was called the most combat-ready fighter for air superiority. But he only a year ago demonstrated his fighting qualities in the sky over Syria and Iraq. However, this machine was not used to destroy the Soviet tank armada in the Fulda corridor or to suppress the integrated air defense system of the modern enemy, as its designers planned. Instead, the Raptor basically serves as a flying platform with detection devices.

Nevertheless, the day will come when F-22 will face the enemy, who will have a chance to fight him on an equal footing and even win (although the chance for this is not great). Russia and China are working hard on the creation of T-50 PAK FA and J-20 aircraft. Of these two cars, the PAK FA is perhaps the most serious opponent. Despite the collapse of the Soviet Union, Russia somehow managed to maintain a more or less effective military-industrial base - although it today resembles only a pale shadow of the Soviet past.

Everything in the PAK FA says that this machine is similar in concept to the Raptor. This is a high-speed, high-altitude and unobtrusive fighter for gaining air superiority. However, as might be expected, the Russians paid more attention to one characteristic and less to another.

A good example is stealth. In the design of the T-50 attached much less than the value of all-aspect stealth. Instead, the designers focused on the invisibility of the front part of it, because of which the aircraft is similar in its unmasking features to Pacman from the same-name computer game. But the F-22 looks more like a spider, if you look at it not particularly closely. Stealth is the aspect where the Raptor has huge advantages over the Russian aircraft.

As for the kinematics, here T-50 and F-22 are comparable - especially when the PAK FA receives new engines. The 117 engine installed on it today is a very decent one, but ultimately it will be necessary to install an 30 experimental engine on the plane to take full advantage of the airframe.

Both aircraft are able to fly supersonic. In the F-22, the speed is slightly higher than the Mach number 1,8 (without the afterburner), and a PAK-FA without a high-pressure compressor can reach a speed of at least M = 1,6. The maximum working altitude of the F-22 20 is thousands of meters, as in the T-50. Raptor has a limiting maximum speed of M = 2.0, which is due to the drawbacks of its radio absorbing materials. I believe that the PAK FA will have a similar red line.

Although the F-22 has advantages in stealth characteristics, Russians are ahead in maneuverability. The T-50 is equipped with a three-dimensional controlled thrust vector, and it says a lot that it has advantages in terms of agility. Russians can also have an information display system mounted in a helmet. In addition, the PAK FA from the very first day is armed with missiles with indirect fire.

Meanwhile, in the 2017, the Raptor will receive the AIM-9X rocket for service, and the Air Force, slowly overcoming obstacles, is proceeding to create a display-mounted information system in the helmet that will be ready for the 2020 year. Plus, given the state of the Russian economy, the PAK FA is unlikely to be ready by this time.

As for on-board electronics, the F-22 will surely have advantages in the form of a combination of sensors and a pilot-machine interface. The Russians cannot boast of any special success in creating user-friendly cabs - just look at the MiG-29 cockpit. But they are improving. In general, the operation of detection devices and sensors, the two machines are approximately equal, although the Russians do quite decent radar, and they have excellent EW systems.

So, all other things being equal, if stealth is the decisive factor, the PAK FA will be in an unenviable position. But if the US Air Force belief in stealth is wrong, the PAK FA will have advantages. Nevertheless, the war goes by its own rules, and it is very difficult to predict its outcome with a high degree of probability.

Ctrl Enter
Noticed oshЫbku Highlight text and press. Ctrl + Enter
We are
How the US and the allies got the worst of the newest combat aircraftIn place of the V-22 "Osprey" will come "Transformer" from Lockheed Martin Skunk Works
83 comments
Information
Dear reader, to leave comments on the publication, you must to register.