Another person with an American passport in the government of Ukraine

15 September 2015
78
The Ukrainian Ministry of Finance, not without pride, reports that a regular US citizen has become its employee. Natalia Yaresko presented to colleagues her tax advisor, 75-year-old Arthur Laffer. Known Laffer that derived a formula expressing the pattern between tax rates and tax revenues. Laffer served as economics adviser in the Ronald Reagan administration. 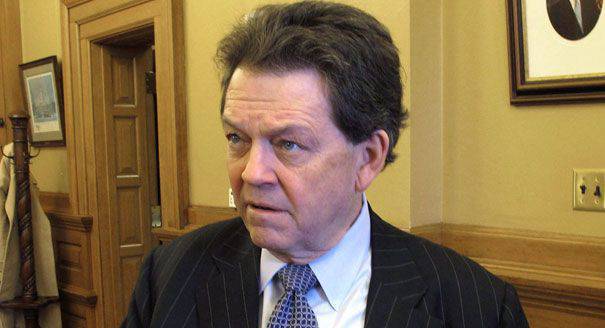 Laffer studied at Yale University, he is a Ph.D. at Stanford University, a professor at the University of South Carolina and the University of Chicago. He is the author of the well-known theory of the dependence of government revenues on the average level of tax rates in the country (the “Laffer curve”). At one time, Mr. Laffer was the economic adviser to US President Ronald Reagan and British Prime Minister Margaret Thatcher.

In his position as advisor to the Minister of Finance, Laffer will provide the Minister of Finance with advice on the implementation of tax reform in Ukraine, which will create a transparent, efficient tax system that will stimulate investment, economic growth and job creation, improve the quality of public services for businesses, and will give a strong impetus to sustainable economic growth.
Mrs. Yaresko has not yet reported when steady growth is expected in Ukraine. But said the head of the Cabinet Yatsenyuk. According to him, in 2016, the Ukrainian economy will grow by 2%. If this is true, and if such growth will continue in subsequent years, Ukraine will need at least 15 years to reach the level of at least the beginning of 2014 ...

Ctrl Enter
Noticed oshЫbku Highlight text and press. Ctrl + Enter
We are
"Glazyevtsy" against "Kudrintsev": the battle for the right to manage the budget
78 comments
Information
Dear reader, to leave comments on the publication, you must to register.