The media calculated the number of vehicles transported to Syria

15 September 2015
40
Since the beginning of this year, Russian BDK have visited 41 once in Syria - such a number of passes through the Black Sea straits was recorded by the Istanbul website turkishnavy.net, the leading table of ships passing through 2013. The newspaper informs, referring to Flot.com Look. 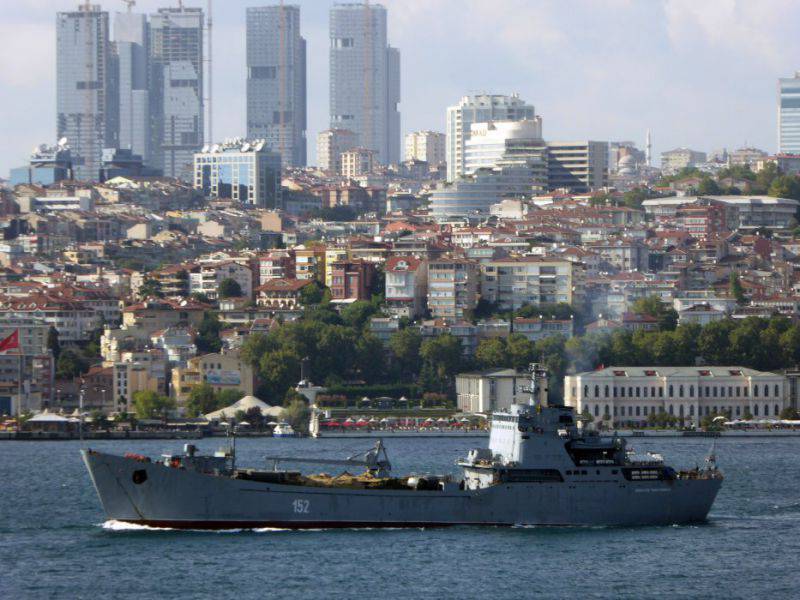 “BNC project 1171" Saratov "and" Nikolai Filchenkov "in 2015 made 7 flights, another 34 - BDK project 775" Yamal "," Novocherkassk "," Caesar Kunikov "," Alexander Otrakovsky "and" Alexander Shabalin ", as well as BDK project 775M "Azov" and "Korolev". Remarkably, since the beginning of June, the frequency of passage of Russian ships has almost doubled, ”writes the publication.

The resource notes that “photos of Russian armored personnel carriers and trucks at the disposal of the Syrian government forces repeatedly appeared in open access, so it makes sense to count them”.

“Thus, the total capacity of all flights from the beginning of the so-called“ Syrian express ”was 75 thousand tons. Taking into account the cargo compartment's overall capacity, from the end of 2012, the Syrian military could get approximately 1990 armored personnel carriers, or up to 2440 loaded trucks (based on the weight of the cargo to 18 tons and the mass of the vehicle itself 12,6 tons), ”Flot.com summarized.

Ctrl Enter
Noticed oshЫbku Highlight text and press. Ctrl + Enter
We are
Since early August, Russian ships made 10 flights to Syria with military equipment on board.BDK "Caesar Kunikov" returned to Sevastopol after repair
40 comments
Information
Dear reader, to leave comments on the publication, you must to register.