Video: delivery of the stern of the Prince of Wales aircraft carrier under construction

9 September 2015
17
A video of the transportation to the British shipyard Rosyth aft of the Prince of Wales aircraft carrier under construction appeared online. To arrive at the assembly site, the largest section — unit IV — traveled 965 km around the northern tip of the United Kingdom, writes Rossiyskaya Gazeta. 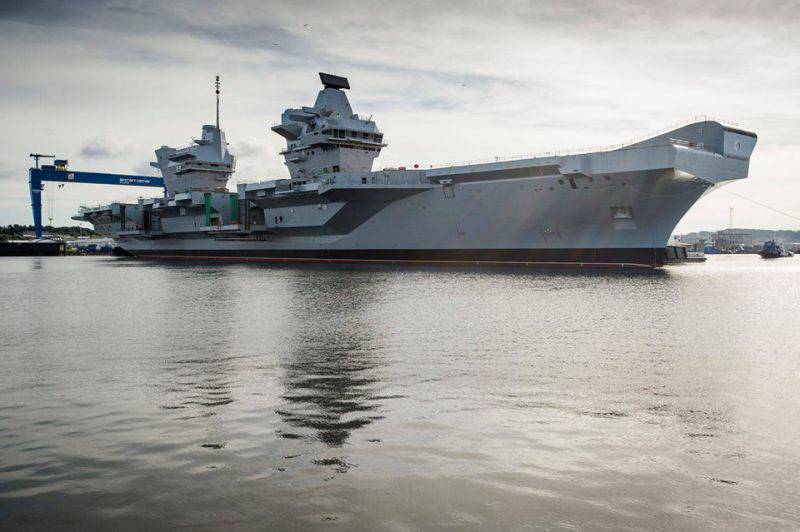 “A construction weighing more than 11 thousand tons containing the engine room, hangars, residential decks and purpose compartments was built at BAE systems in Glasgow. A block the size of a six-story house was taken out of the shop on a multi-wheeled trailer and loaded onto a barge driven by three tugboats, ”the RG video commented.

On the way section was 5 days. Upon arrival, she was placed on dry dock, where she “met” the rest of the ship.

The Prince of Wales will become the 2 aircraft carrier of the Future Aircraft Carrier (CVF) project, which is being built taking into account the use of the deck version of the F-35 and helicopters of various types. The lead ship of this project, Queen Elizabeth, will be commissioned with a year late - in 2016, the shift to the right was due to problems with the supply of fighters. It is planned that the Prince of Wales will receive its squadron in 2020.

Ctrl Enter
Noticed oshЫbku Highlight text and press. Ctrl + Enter
We are
BAE Systems Launches 3D Virtual Ship Simulation Technology for Royal NavyShipping to Shore (Development of a new vehicle for the US Marine Corps)
17 comments
Information
Dear reader, to leave comments on the publication, you must to register.