Notes of the Colorado Cockroach. View from Kiev to Donetsk

11 September 2015
31
Greetings to you, dear readers. It is regrettable a little, but the events we are developing. A lot of interesting things happen.


As you remember (I wrote with hope), for a while I had to “flee” from Kiev’s sneakers. Naturally, I ran to Donetsk. The militias, as promised, offered to arrange "on the staff of the bread." Only somehow uncomfortable. They shed blood on the "front end", and I, therefore, "sprinkle" in the warmth and satiety of the article. In short, I asked the troops. I wanted to be like them. If not a hero, then at least not just hanging around there. Yes, even bring mines - and that's the case. 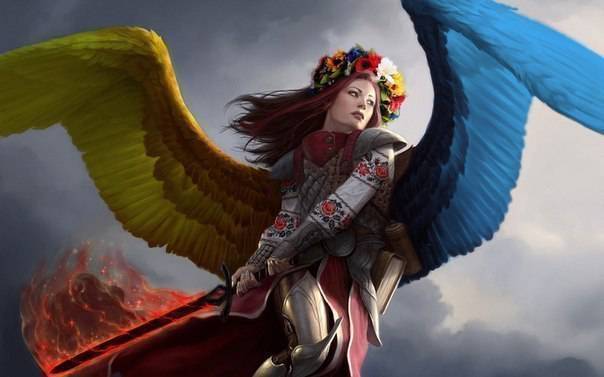 And then I was asked a question, which even my little brain put down with some kind of Latin or Greek letter. Like, and what are you going to build? For whom "blood bags shed" going? Whose are you at all?

How is it for whom? For the people! For the new ... And then pereklinilo. For a new one? For New Russia? For a new Ukraine, for joining Russia ... Really, for what?

But I would not be me if I had not found a way out. It seems like we will win, but we'll see. That laughter was among the militias. Then, they say, the road is closed to you. There in each unit its "construction". In both!

But I still managed to make war. I went along with those with whom I was more or less already acquainted. Illegally drove. It seems not to war, but ... I do not even know where. Without a certificate, without other documents. The men said when the trouble starts, you will get everything at once. In the meantime, you will grunt from the common pot.

Even under the shelling was. True, no one understood where it came from. One, some kind of "landless" mine. Just banged and ... two lie, writhe. Contusion. And silence ... As if nothing had happened. No luck peasants. Or lucky how to look. Here is a war. The truce is called.

Moreover, as it turned out, exactly the same on the “other side”. In the same way, something flies from somewhere, and ... the Ukrainian night is quiet.

In short, such a war is not a bit of me. It seems that the soldiers on both sides at work. Normal such work. With risk, of course. And what, miners without risk went to a face? And the stupidity of this war in the trenches is felt especially strongly. Yes, and fraternity trench. Previously, I somehow did not think about it. And now I understand. It is. It is like a print on the forehead. Front-line officers feel themselves like mosquitoes of mosquitoes. For many miles.

A week later, I was again in Donetsk. And already in the "headquarters". And ... nothing has changed. Similar. In one room they “build” one, in the other - another. How can I beat an enemy with an open palm? Beat a fist. And here it is palm. Someone in the forest, some for firewood.

It was especially strange to look at the confrontation of Purgin and Pushilin. If you asked me before this trip, who of them who, honestly, would have found it difficult to answer. Purgin is sort of like a "parliament" to the local ruled, and Pushilin was shaking about negotiations. Then to Minsk, then to Moscow. Further, sorry, but purely my opinion. Purgin - one of the authors of the idea of ​​New Russia. Fought for this idea since 2004 of the year. With all the presidents. And who is Pushilin? The commissioner of the famous "MMM" at this time. Fought for his own pocket.

If we accept such an admission, then Purgin can be called a representative of the “war party”. New Russia at any cost. Honestly, I respect such people. Pushilin is like a diplomat. "Peace Party", which is not at all against returning "everything in the ass." Throw all my friends from the "front" and live in a changed Ukraine. Betray, if you want a direct conversation, the graves of the victims for the sake of peace. And what kind of peace will bring ukrovoysk, you can see in the "liberated" towns and cities.

What happened yesterday, many waited. It was waiting. And they knew what would happen before the election. Our Ukrainian mentality has evolved over the centuries. Like a gypsy. Why didn't the Donetsk residents go to war? Yes, because they knew they can drain. No matter how the pans quarrel, they will make peace. But slaves forelocks can not be restored.

I was not in Donetsk yesterday. Because what I write is a glance from Kiev. But for starters, I will give a record of one of the 05.09.15 militia. Message from the militia Alexander Zhuchkovsky.

"After talking with some Donetsk deputies and participants of yesterday’s storiesI will make a few clarifications on the situation in the DPR. What happened yesterday has evolved over a long time, in the end, the conflict between Purgin and Pushilin was due precisely to a divergence of views on the development of the situation in the republic. The “last straw” and in fact the cause of yesterday’s coup was a question specifically on the point of the Minsk agreements on the transfer of the border under the control of Ukrainians. This question about the border, like the rest of the "Minsk points", is pushing Pushilin first of all. Purgin was against it, although he did not publicly articulate his position. The well-known statement of Lugansk colleague Pushilin Daney concerning the border did not accidentally coincide with the events in Donetsk.

Yesterday’s meeting of the People’s Council was ugly, there was no talk of any legitimacy of the decisions taken. For the resignation of Purgin and the appointment of Pushilin, they voted, if I am not mistaken, seven times. Great pressure was put on deputies in the corridors of parliament. Not to mention the fact that many of the deputies, from among the supporters of Purgin, were absent due to detention or non-admission to the building. The attitude towards the participants of today's rally in Donetsk was ugly (I, of course, didn’t go at it so as not to go down to the basement). None of the parliament and the DPR administration deigned to explain themselves to the crowd. Protesters, including women, were roughly pushed aside by armed thugs. Several militiamen, Purgin’s friends, were detained at the rally and under threat of a “cellar” were forced to sign papers with the obligation “not to participate in politics”.

That's it. And what they say with us? We have joy and sadness. The joy of what happened coup. And the sadness of not having the strength to finish off the separatists.

What conclusions are heard in the Rada? What do they say on the sidelines? Of course, from what I know. Maybe something to miss.

1. Numerous provocations and misinformation stuffing did their job. Elimination of the most authoritative field commanders, the struggle within the power structures of the LDNR - this is what was needed. Currently, none of the militia command has such authority as Brainstorming, Bezler, Bednov.

2. You can use this situation in favor of Kiev. But for this it is necessary to sharply intensify the fighting. What is currently impossible to do. Therefore it is worth paying special attention to the discrediting of Zakharchenko. Through his connections with Ukrainian enterprises and other "monetary" matters.

3. Russia is not going to invade the territory of Ukraine. So, the probability of victory increases dramatically. Due to the internal instability of the DPR and the LPR, they lose the ability to fully defend their territories.

4. The elimination of Purgin, and with him his team, will intensify the "disassembly" between the leaders of the republics. It should be expected, and better - to encourage such disassembly. Spiders will eat themselves.

5. By some signs, it seems that in the Donbas people are beginning to build republics of the type of Abkhazia or South Ossetia. So, partially abandon independence. In favor of Moscow, of course.

That's how it happens. I thought that returning would isolate me from Donetsk problems. But problems are catching up. So, one of my teachers was right. You can not get away from the problem. The problem must be solved. Otherwise, the problem will solve you.

I apologize to my old readers for the lack of ordinary humor. Just events do not have to him. But there will be humor. If the editor misses, naturally. I promise you that.