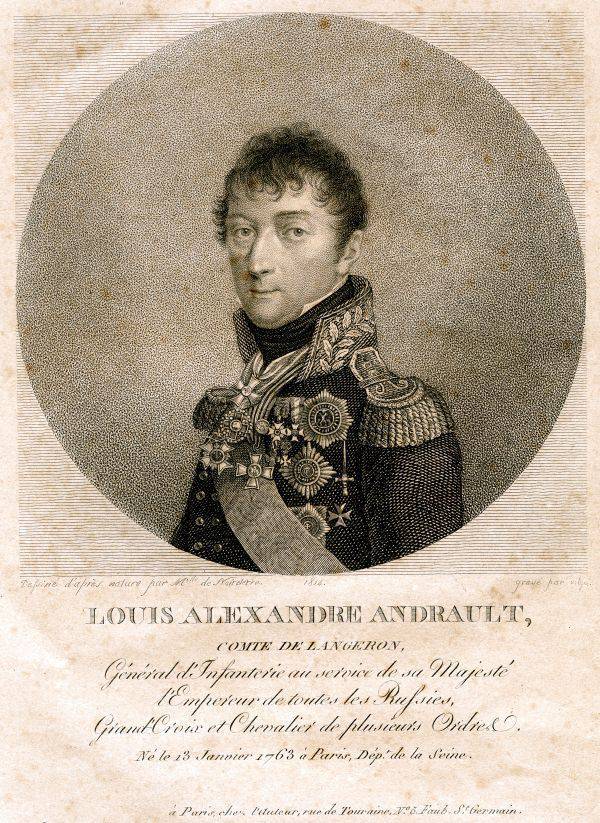 The Hermitage and the Rodina magazine continue a joint project, in which we acquaint readers with little-known rarities from the vaults of the main Russian museum.

In the Military Gallery of the Winter Palace, the legendary General Alexander Langeron is captured in a spectacular portrait by J. Dow, written in 1820 in Petersburg. However, we preferred this modest canvas to a modest engraving made from a drawing by the not very famous French miniaturist Marie Theres de Noarter: she captured Langeron at the height of his military glory - in the first days after the storming of the fortifications of Montmartre, the capture of which predetermined the surrender of Paris.

Louis Alexander Andro, Comte de Lanzheron, belonged to an ancient and noble Burgundian family; He was born in Paris, January 13 1763. At sixteen, he joined the corps as a second lieutenant to the landing on the British Isles. However, the landing did not materialize, and in July 1782, the young Langeron went into the army of Count J.-B. Rochembo: she acted against the British in North America with the troops of the United States.

Off the Atlantic coast of America, the French were attacked by an English squadron. The frigate, on which sailed Langeron, ran aground in the mouth of the river. Delaware and was captured by the British, but the count escaped from captivity on the boat. In Boston, Langeron joined the forces heading for South America. There he had the opportunity to fight at Puerto Cabello, Caracas, on the islands of Curaçao and Santo Domingo. At the conclusion of the Versailles Peace (1783), which ensured independence for the United States, Langeron returned to his homeland. His chest was decorated with the insignia of Cincinnat, handed to him as a participant in the War of Independence. 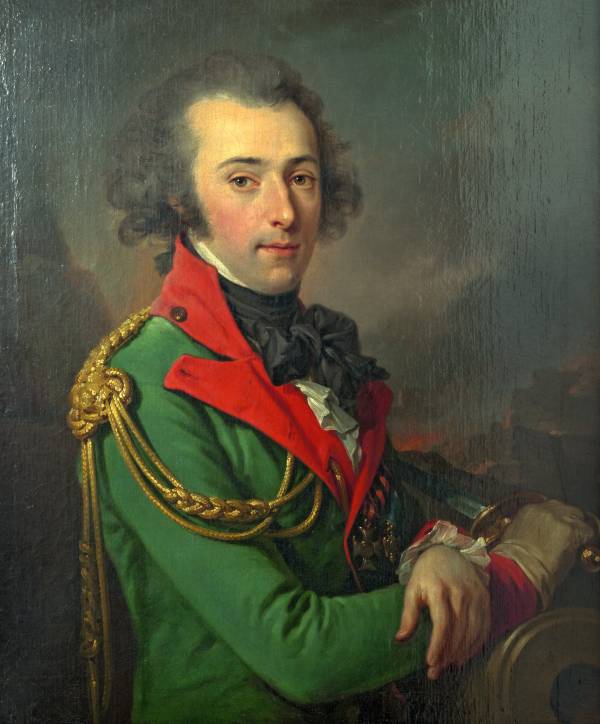 Y. Kreutzinger. Count A. de Langeron. 1791 (4?). H., M. The portrait of the Austrian artist Count A. de Langeron is depicted with the Order of St.. George 4 degree, personally handed over to him by Catherine the Great for naval battles with the Swedes 21-22 on June 1790, with the insignia of Cincinnatus for participating in the American Revolutionary War in 1782-1783. and with a gold sword with the inscription Photo: courtesy of the Hermann historica Auction House (Munich).

The 1789 revolution forced Langeron to leave France. In May, 1790 g. He entered the Russian service, and a month later for the difference in the battles with the Swedes was granted the Order of St. George 4 degree. After making peace with Sweden, Lanzheron set off for the Danube and, during the storming of Ishmael, showed, according to Suvorov, "excellent fearlessness in attacking the enemy." After the victory over Turkey, he took part in the First Coalition war against Republican France, but in 1794 he returned to Russia. Under Paul I, Langeron took Russian citizenship, and the emperor elevated him to the dignity of the Russian Empire.

Alexander also favored him, but after the battle of Austerlitz, the count fell into disgrace. On the eve of the battle on the war council, Langeron challenged the disposition of General C. Pfoul, pointing out the disastrous consequences that her execution was fraught with. The graph’s fears were justified: the enemy almost completely destroyed his column. Langeron was ordered to resign.

However, after a few months the sovereign returned him to the line, and the general gained new laurels in the long and bloody Russian-Turkish war, victoriously completed on the eve of the invasion of Napoleon in Russia.

Patriotic War Lanzheron met with the rank of General of Infantry; his corps consisted of Chichagov’s army and did not participate in the main events of this epic before the battle of Berezina. But in foreign campaigns 1813 and 1814. Langeron distinguished himself during the capture of Thorn, in the battles of Bautzen, Leipzig, Soissons, Laone, and Fere-Champenoise.

The capture of Montmartre was his last feat in the Napoleonic wars, and this feat was appreciated. At the meeting, the emperor asked him if he had lost anything - the count was known for his absent-mindedness. "That's what I found yours in Montmartre!" - Alexander announced, smiling, and handed the envelope to the graph. In the envelope was the Order of St.. Andrew the First Called ... 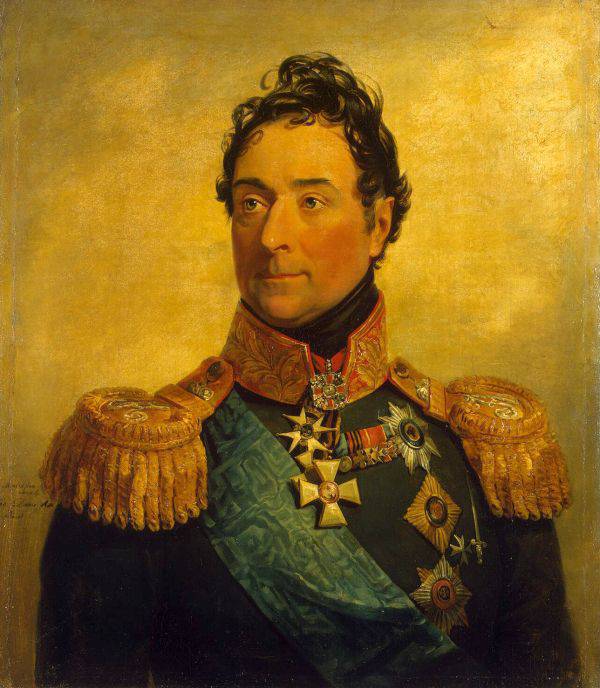 At the end of 1815, the town of Langeron was appointed Kherson military governor, Odessa mayor, civilian manager in Kherson, Tauride and Yekaterinoslav governorates, as well as the commander-in-chief of the Bug and Black Sea Cossacks.

He fell in love with Odessa and left grateful memories with the citizens of Odessa who had forever connected the seaside part of the city with his name. Perhaps its main merit was the introduction in Odessa of the free port regime, which ensured rapid growth and prosperity for the city.

In the autumn of 1820, the city of Langeron met in Simferopol with his colleague N.N. Raevsky, traveling with his family to the Caucasus. Rajevsky presented his companion to Lanzheron, a budding poet exiled from St. Petersburg to Chisinau. The poet's name was Alexander Pushkin.

Three years later, the earl met him again in Odessa, and here they unexpectedly became very close: Langeron was a living embodiment for Pushkin Stories; in the young poet, the general, not alien to the writing, found a listener of his poetic and dramatic experiences ... Their conversations were frank and trusting: the count told Pushkin details of the 11 march of March 1801 of the year and allowed him to read the personal letters of Alexander I written to him by Lansheron before accession.

By this time, from the "days of Alexander the Beautiful Beginning" there were only memories; triumphed arakcheevschina. The draft abolition of the table of ranks and the introduction of new principles in administrative management, submitted by Langeron to the sovereign, caused only irritation; he was given to understand that he must submit his resignation. 15 May 1823, Langeron was dismissed from all posts.

He went to France and returned to Russia only with the accession of Nicholas I. When declaring war on Turkey, Langeron again stood under the battle flags; however, in March 1829, he left the service forever and settled in Odessa.

At the end of 1829, the general returned to the capital. Pushkin hurried to send his business card to the earl, and their meetings resumed. However, the general did not have long to live: one and a half years later, July 4 1831, Langeron died of cholera in St. Petersburg. He was buried in Odessa ... 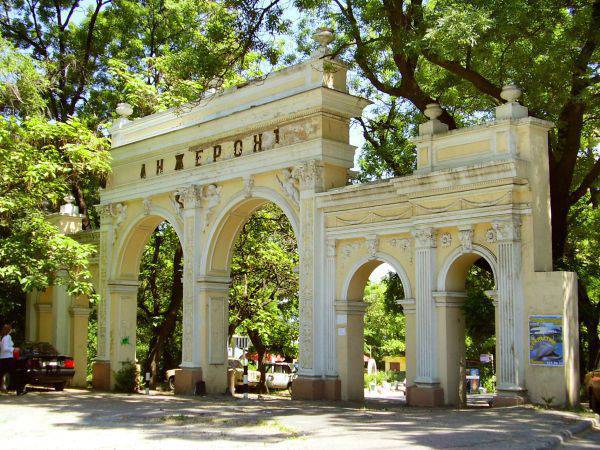 Carefree Odessa is true to itself, keeping the memory of its mayor, but losing a letter in the name of his park. A photo:

Langeron was a brave warrior and a charming man. He possessed a highly acute Gallic meaning; his notes serve as invaluable material for historians, and bon mots, breaking from his mouth, can make laugh even in two centuries ...

The engraving from the original M. T. de Noarter entered the Hermitage from the great-great-great-grandson of our hero, Dmitry Nikolaevich Lanzheron. He lives in the US state of New Jersey, in the small town of Liberty Corner - "a corner of freedom." This town is located less than a hundred miles from where 233 a year ago its ancestor landed on the coast of America to fight for its independence. Dmitry Nikolaevich 87 years. "We pray for Russia," he writes from the United States.

Ctrl Enter
Noticed oshЫbku Highlight text and press. Ctrl + Enter
We are
French nobleman in the Russian serviceVasily Kashirin: Russian troops entered Bessarabia and liquidated the Bujak Tatar horde at the start of the Russian-Turkish war of 1806-1812.
5 comments
Information
Dear reader, to leave comments on the publication, you must to register.