In Estonia began joint exercises with the US military

7 September 2015
24
The press service of the General Staff of the Estonian Defense Forces reported that on Sunday military exercises began in the country, in which paratroopers from the US 173 airborne brigade were participating. 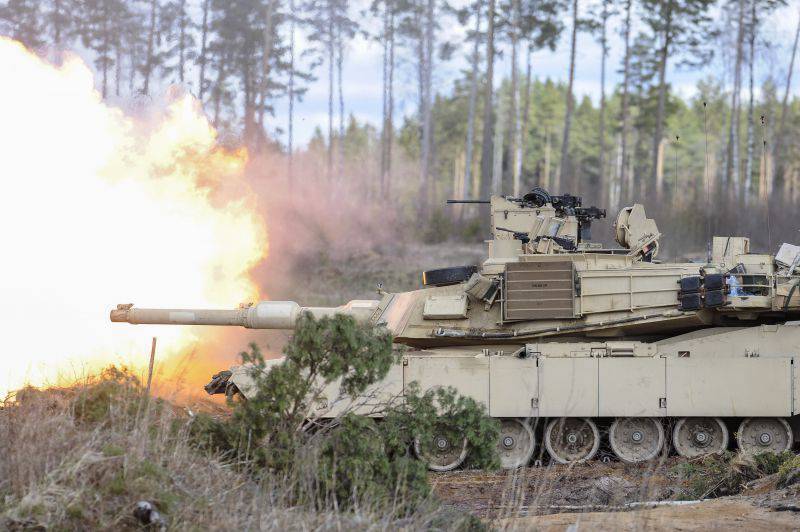 At the moment, the base in the Estonian city of Tapa is deployed tank platoon of the 7th regiment of the 3rd Infantry Division of the US Army - four M1A2 Abrams tanks and crews, as well as two platoons of paratroopers of the 173rd brigade.

"The Americans work out with the Estonian military personnel mainly on the evacuation of victims from the battlefield and related procedures," the Estonian major Meelis Laanemets RIA quotes "News".

Laanemets noted that during the exercises, which will last until 12 in September, the skills of accompanying transport convoys will also be worked out. The maneuvers are taking place on the territory of the landfill in Vyrusky district near the Russian border.

Ctrl Enter
Noticed oshЫbku Highlight text and press. Ctrl + Enter
We are
The action “Military service under the contract is your choice!” In Rostov-on-Don: future contract servicemen, exhibitions and “Russian Knights”Results of the week. “We will define your disgraceful ailment as a feat: we will send to the paratroopers. There you also will start shit "
24 comments
Information
Dear reader, to leave comments on the publication, you must to register.