Who in Europe cut off head first, "the refugees - it is a problem of the Germans?" 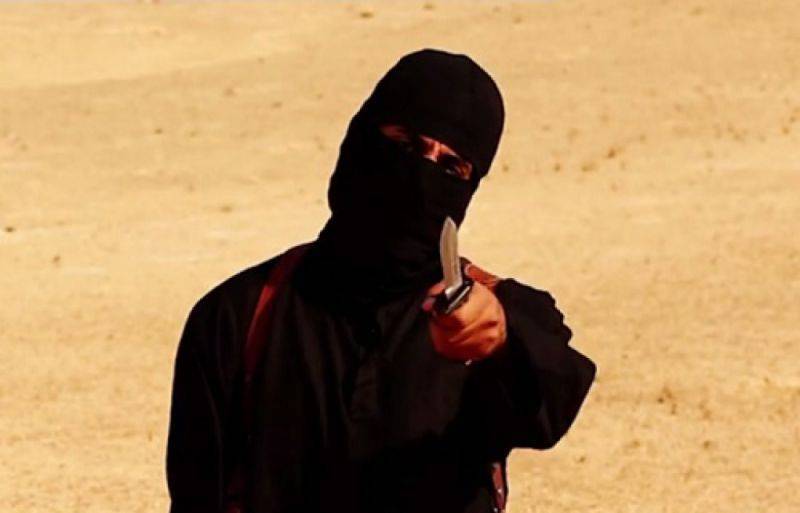 Either the EU will develop a mutually acceptable solution for the placement of migrants for all its 28 states, or face the threat of a split, or it will be found that it is necessary to treat not “tops” but “roots”

On Friday, September 4, the heads of the Visegrad Group, the Prime Ministers of Hungary, Poland, Slovakia and the Czech Republic, will gather for an extraordinary meeting in Prague. “Politicians again want to reject with one voice the idea of ​​introducing quotas for refugees, on the basis of which they would be distributed among the EU countries more evenly,” reports Radio Praha in this connection. In general, it is possible to say so, although the position of each side has its own nuances.

The Visegrad Group has been inactive since the beginning of the Ukrainian crisis, when there were serious contradictions between its members. Warsaw was active in trying to get Budapest, Bratislava and Prague to join its radical anti-Russian line. Therefore, at some point, it turned out to be easier to freeze the activities of the Quartet, rather than fight off persistent Poles. The resuscitation of the Group took place only now and this time it was not Hungary that had awakened it, but Hungary. Budapest faced a critical situation caused by an unprecedented influx of refugees from the Middle East and Africa, who, although they see Hungary as a transit platform on their way to more prosperous European countries (like Germany, for example), still put enormous pressure on social infrastructure. and stir up xenophobic attitudes in society. According to the Budapest Times, an English-language Hungarian newspaper, in early August the authorities of the capital decided to create special zones where migrants could use basic hygiene and receive medical services. However, the mayor of Budapest, István Tarloš, says that at present the sanitary and epidemiological situation in the streets, underground passages and parks, which exert "increased pressure" on the communal structures and the police force maintaining public order, are causing concern. The mayor expects that the parliament and the government will soon tighten the legislation regulating migration. Given that "the European Union has demonstrated almost complete incompetence in the vision of the problem as a whole," emphasizes the publication.

Some Hungarian politicians speak more openly about the troubles with refugees. So, Janos Lazar, head of the office of Prime Minister Viktor Orban, said in plain language - the Germans are to blame. This statement is made by the influential German newspaper Frankfurter Allgemeine Zeitung, commenting on the Hungarian Prime Minister’s article “Orban: the problem of refugees is a German problem”. At a meeting with the Speaker of the European Parliament, the head of the Hungarian government noted that migrants are not the concern of the European Union, since "no one wants to stay in Hungary, but they go to Germany." And added a thought to the FAZ. In his opinion, in Europe we are dealing not with the “immigration problem”, but with the threat of “constantly swelling” migration flows. Orban laid the responsibility for this on the European Union, calling the politicians provoking the refugees to think that in Europe they would have a “better life” and therefore they should not stay at home “irresponsible”. That is why the “wall built by the Hungarians” is so important, the prime minister stresses, calling it “depressing” that apart from Budapest and Madrid “no other country wants to protect European borders.” Moreover, says Orban, the majority of immigrants are people raised in a different culture and professing another religion, “they are mostly not Christians, but Muslims,” this is important because “Europe has Christian roots.”

A less radical position is expressed by Slovakia in the person of Prime Minister Robert Fico and Foreign Minister Miroslav Lajcak. Fico needs to recognize that 95% of refugees are economic migrants. Bratislava again protests against the adoption of mandatory quotas for internally displaced persons. “If we don’t start telling the truth about migration, we’ll never budge,” the Slovakian prime minister said. He believes that the steps taken by the European Union to solve the problems of refugees only encourage smugglers and organized crime, which profit from the transfer of internally displaced persons to Europe. In turn, the Slovak Foreign Minister notes that the Schengen zone has de facto collapsed, "it does not work, we have something like anarchy, one of the cornerstones of the EU is shaken to the core." Thousands of people move between European countries, no one checks their documents and visas. Therefore, Laichak argues that Bratislava is not at all a “non-solidary state”, but insists on careful protection of borders, as well as eliminating the causes of migration and smuggling.

The words of a Slovak diplomat are, in particular, a response to the warnings of German Chancellor Angela Merkel, who threatened to revise the Schengen agreement in case “they could not agree on a more equitable distribution of refugees.” Eastern Europe makes it clear that it does not scare her. Against this background, the proposal of the Minister of Internal Affairs of Austria Joachann Mikl-Leitner to restrict the transfer of subsidies to EU members refusing to accept refugees looks like a gesture of despair. The Minister of Finance of the Czech Republic Andrei Babis called it categorically unacceptable. Communicating with journalists, Babish stressed that such a step would lead to problems throughout the EU and called for an immediate summit to be convened to discuss this issue. And, really, if the calls “to feed the Eastern Europeans” would suddenly get institutionalized, what would be left of the European Union?

So the meeting of the Visegrad Group promises to be difficult. It seems that the only one who is able to show “understanding” of the problems of Western Europeans on it will be Poland. Warsaw depends on Berlin's favor with regard to the Polish initiative to strengthen NATO’s eastern flank, and German newspapers have linked Germany’s agreement to this with the adoption of Chancellor Merkel’s migration policy by Poland. Polish Prime Minister Eva Kopach, stating that it is impossible to agree on the introduction of a system of compulsory quotas for refugees, at the same time says that Warsaw “has a moral obligation to take care of” them. Speaking before the activists of the European People's Party, which includes the ruling Polish party Civic Platform, the head of the Cabinet spoke of the need to show a joint position: “We want the EU to be consistent and strong, and against dividing into old and new Europe ... We do not agree with any rhetoric that tries to differentiate the status of EU members ... Poland does not shirk responsibility ... We cannot afford to accept economic migrants. "

However, this is not the case in order to sort out migrants into two grades and reserve the right to choose one of them, pushing the rest into the same Germany, and at the same time oppose the division of EU members into “old and new Europe”. Eastern Europeans, like the entire European Union, face a big challenge. Either the EU will work out a mutually acceptable solution for the placement of migrants for all its 28 states, or face the threat of a split, or it will be found that it is necessary to treat not “tops” but “roots”. The last is war. Because then the Europeans will have to send their armies to the Middle East and Africa and enter into direct clashes with at least the "Islamic State".

Ctrl Enter
Noticed oshЫbku Highlight text and press. Ctrl + Enter
We are
Dmitry Semushin. Hungary is waiting for the autonomy of the Hungarians from Ukraine, Warsaw is not waiting for anythingThe Americans bombed Prague, and we are offered to repent for the introduction of troops into Czechoslovakia
96 comments
Information
Dear reader, to leave comments on the publication, you must to register.