Baltic States disappointed the West as an information base against Russia 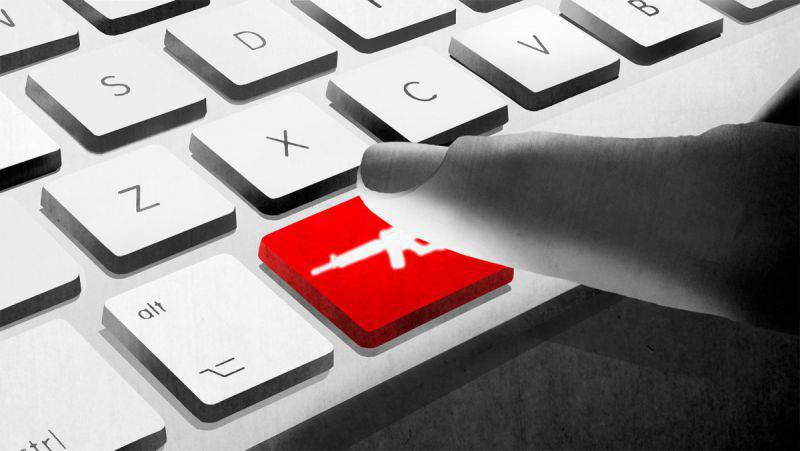 From September 1, the European External Action Service will begin its work - an organization whose main task will be to confront "Russian propaganda" in the Eastern Partnership countries. At that time, in Latvia, the ban on registration of the Russia Today news agency was explained by the inconsistency of the agency’s foreign policy materials. The Baltic states did not cope with the mission of information countering Russia entrusted to it: within their countries, the Baltic leaders, being unable to disprove the official Russian position, are forced to follow the path of direct administrative prohibitions, while the EU creates information structures to combat “Russian propaganda” right in Brussels, no longer delegating this activity to Lithuania, Latvia and Estonia.

When the full-scale confrontation between Russia and the West began, the Baltic countries immediately took the initiative to answer in this confrontation for the information component. And Brussels and Washington went to meet them, which is not surprising: the information war with Russia is a natural specialization of Lithuania, Latvia and Estonia, where almost everyone understands Russian. For once, the Baltic leaders found it beneficial not to deny and ignore this, but rather to advertise to the West the prevalence of the Russian language in their countries. If until now the Baltic states indicated proximity to Russia and the widespread knowledge of Russian as conditions for the Baltic states to become a bridge between Russia and Europe, in the year 2014 the Baltic States decided to use all these factors .... war against Russia.

As a result, the Center for Strategic Communication of NATO was opened in Riga, several opposition Russian journalists were brought to cooperation with Latvia and Estonia, Baltic politicians and diplomats began to beat out money from Brussels to create a “counter-propaganda” television channel in Russian. All this activity received a blessing at the very top: US Congress resolutions were adopted on expanding the information presence of NATO and its allies in the post-Soviet countries with a high proportion of the Russian-speaking population.

Now it is gradually becoming clear that the Baltic cannot cope with its obligations to be a springboard for information countering Russia: Western allies are inclined to engage in the fight against “Russian propaganda” on their own, and not to delegate this activity to Lithuania, Latvia and Estonia.

First, the Baltic countries did not receive the money for the creation of a pan-European "counter-propaganda" TV channel in Russian. Although their representatives in Brussels tried to dislodge funding for the TV channel for a whole year without stopping. As a result, so far everything has come down to the fact that only in Estonia are they planning to launch a TV channel in Russian - not a common European one, but only for local, Estonian, and Russian. In Lithuania, there has never been a project of a national Russian-language channel (there are too few Russian-speaking), while in Latvia they limited themselves to a slight increase in the share of Russian-language programs on state television (nationalists have already resumed their struggle with Russian-language content in the Latvian media).

Secondly, when working with the information space of the Eastern Partnership countries, Brussels no longer trusts the Baltic countries, but prefers to do everything on its own. That is, the Baltics are deprived of two of its specializations at once: work on behalf of the EU with the post-Soviet space and information countering of Russia. It is hardly surprising to be the first after the Vilnius Summit, but if now the Baltic States are also beginning to withdraw the struggle against “Russian propaganda,” it means that Brussels in this area recognizes Lithuanian, Latvian and Estonian figures to be ineffective. Well, Brussels is more visible.

From September 1, the European External Action Service will start working at the European Commission. The objects of the new organization will be Russia and the countries of Eastern Europe. It is assumed that experts of the service will communicate with journalists from the countries of the Eastern Partnership (Ukraine, Moldova, Belarus, Georgia, Armenia and Azerbaijan), assist them and provide opportunities for training. In addition, the media of these countries, which have versions in Russian, can count on help. It is not hidden that this project is conceived in order to counter the information influence of Russia in the former Soviet republics.

If the Baltic States were removed from such activities by creating a center for information interaction with the countries of the post-Soviet space not in Vilnius, Tallinn or Riga, but in Brussels, then this can only mean one thing: the EU leadership recognizes the Baltic figures as ineffective and natural.

The Baltic states themselves only emphasize their inefficiency by the fact that they cannot translate anything except prohibitions in the cause of the information war with Russia. For almost two years now, the Lithuanian leadership has been conducting its “crusade” against “Russian propaganda,” disabling and prohibiting Russian television channels. This manual could not invent anything more clever and subtle: all its attempts to think outside the box were enough only to try to ban Russian newspapers as well. The "Komsomolskaya Pravda" ban, once it was "suddenly" discovered the forbidden symbolism - the Soviet orders. This is all that was enough creative Lithuanian leaders.

Latvia is now following the same path. Its representatives in the European Union are interested in whether the activities of British and Swedish companies relaying Russian television channels comply with the European Commission's Directive on Audiovisual and Media Services. Inside the country, meanwhile, registration was denied to the Russian news agency Russia Today. “In 2014, Roskomnadzor registered two media outlets called Sputnik - a radio channel and news agency created by Russia Today. In its publications, Sputnik displays the regions of Ukraine Donetsk and Lugansk as Donetsk and Lugansk people's republics, and the illegally annexed Crimea as a subject of the Russian Federation, which violates the territorial integrity of Ukraine, as well as international law, ”the Latvian Register of Enterprises said in a statement. who honestly admits that “Russian propaganda” contradicts their propaganda, which is why it is prohibited.

Such an approach only demonstrates the weakness of the Baltic authorities: they fear to argue with them, free competition and exchange of opinions in the information space, therefore, where they have such an opportunity, they can only prohibit.

From this weakness and the ineffectiveness of information countering Russia at external venues - where the Russian TV channel with alternative Western opinion is simply not forbidden. And people from the Baltic states are not able to argue on an equal footing and defend their opinion in the conditions of real freedom of speech and are afraid. As a result, Brussels has already begun to refuse their services.

We are in Yandex Zen
Independent Baltic. 1920-1940 Addition to "Were there colonies in Russia?"
As NATO instructors in the territory of a military base in Estonia, trained Ukrainian nationalists
36 comments
Information
Dear reader, to leave comments on the publication, you must to register.