August 29 2015
64
Petro Poroshenko and US Vice President Biden discussed the results of trilateral negotiations of the leaders of Ukraine, Germany and France in a telephone conversation, the newspaper reported Look with reference to the website of the Ukrainian president. 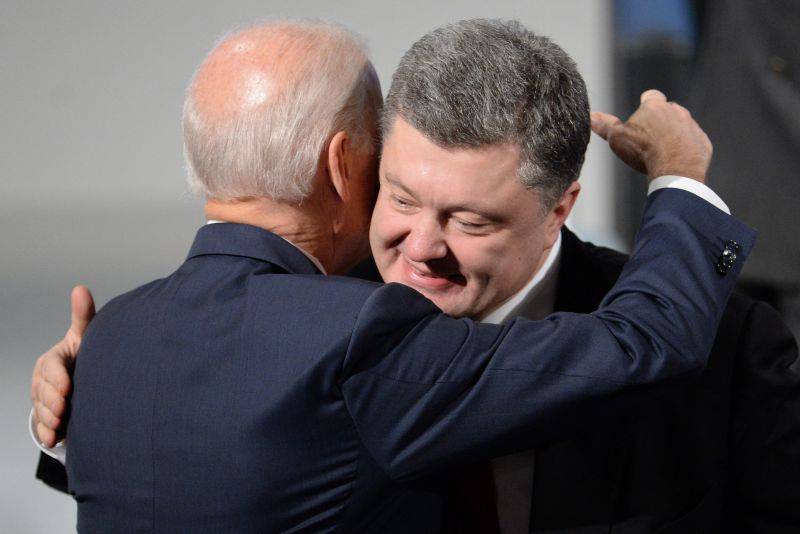 “The head of the Ukrainian state called on the American side in close cooperation with European partners to give a consolidated and decisive response to Russia's attempts to once again provoke an exacerbation of the situation in Donbass, as evidenced by a significant increase in ceasefire violations,” the release said.

"Joseph Biden expressed support for the reforms that are taking place in Ukraine, in particular, the implementation of constitutional reform in the field of decentralization," the website notes.

“The interlocutors discussed cooperation in the military-technical sphere and further contacts between Ukraine and the United States, in particular, within the framework of the events planned for September during the 70 session of the UN General Assembly in New York,” the press service said.

It is also reported that "Biden supported the efforts of the Ukrainian government to stabilize the macro-financial situation."

The newspaper reminds that, despite the truce regime, mutual shelling in the Donbass continues. Kiev pulled considerable forces to the line of demarcation and, according to the self-proclaimed republics, is preparing for active hostilities.

Ctrl Enter
Noticed oshЫbku Highlight text and press. Ctrl + Enter
We are
Turchinov and Yatsenyuk: Ukraine is ready for constitutional reform and decentralization of power
64 comments
Information
Dear reader, to leave comments on the publication, you must to register.