Diplomatic deadlock. How did Poland spite the USSR to freeze its ears? 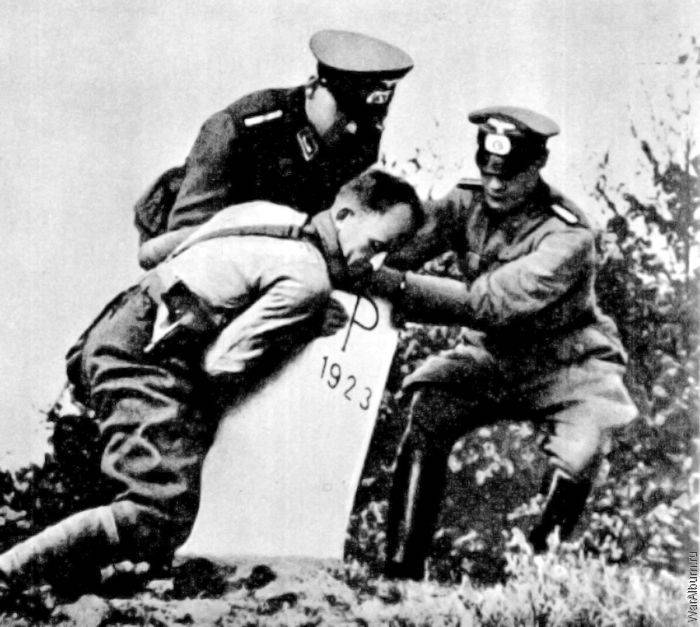 Acknowledging the perfidy of the British, we must not forget about the Polish contribution to the breakdown of negotiations

Seventy-six years ago, on August 12, 1939, in Moscow, negotiations began on the military missions of the USSR, Great Britain and France.

The head of the French delegation, General Jean Dumenc, had the authority only to negotiate, but not to sign the agreement.

Admiral P.Drax, who headed the British delegation, arrived in the Soviet capital without any authority, but with a clear directive from British Foreign Secretary E. Halifax “to pull the negotiations as long as possible.”

London did not negotiate with the aim of concluding a military agreement, but in order to sow illusions in the minds of Soviet leaders and distract them from thoughts about a possible agreement with Germany.

But, stating the treachery of the British, we should not forget about the Polish contribution to the disruption of the tripartite negotiations of military missions. Moreover, it is quite comparable with the British.

Already during the first meetings, the head of the Soviet delegation, K. Voroshilov, raised the question of missing parts of the Red Army through Poland, designating this problem as cardinal.
The French Foreign Ministry agreed with such a statement of the question, recognizing in a note addressed to the Prime Minister of France E. Daladier the Kremlin’s demands are logical and legitimate.

It said that if the issue of the passage of the Paint Army through Polish territory was not positively resolved, the military negotiations would be pointless: "It is hardly possible to oppose this statement, which brings us to the very essence of the issue."

However, even realizing that the position of the USSR was correct, honest and constructive, the French followed the British in the negotiations. This was later recognized by A. Bofre, a member of the French delegation.

Evaluating the Soviet proposals, he remarked: "It is difficult to be more specific and clearer ... The contrast between this program ... and the vague abstractions of the French-English platform is amazing and shows the chasm that separated the two concepts ... Soviet arguments were weightier ... Our position remained fake ..."

If the position of the British and French was false, then the Polish turned out to be suicidal. Even in August, 1939, when the German armies stood ready at the borders of the Second Polish Commonwealth, her government flatly refused to accept military assistance from the Soviet Union.

Moreover, as far back as April, the pro-German-oriented head of the Polish foreign ministry, Y. Beck, brought Berlin to the notice that "Poland will never allow any soldier of Soviet Russia to enter its territory."

The steadfast stance of Warsaw added Polish to the British impasse. In a conversation with French Foreign Minister Jean Bonnet, Polish Ambassador to France J. Lukasiewicz admitted that “Beck will never allow Russian troops to occupy the territories that we took from them in 1921 year”.

Bonne was well aware that it was not about “occupying” or seizing part of Polish territory by the Red Army. In a telegram sent to the French embassy in Warsaw, he demanded that French Ambassador L. Noel “clarify” with the Poles “how they are going to organize armed resistance in the event of possible German aggression without the help of the Russians. In view of our commitments, we have every right to receive an exhaustive answer to this question. ”

19 August Beck gave Noel not an exhaustive, but a discouraging answer. The narcissist Pole did not burden himself with revealing the secrets of "how" the Polish army intends to fight the Wehrmacht. On the other hand, he named the reason for the refusal to the Red Army units in the passage through the territory of Poland: "This is for us a matter of principle, we do not have a military agreement with the USSR and we don’t want to have it."

Equally important was the Marshal of Poland E.Rydz-Smigly, who publicly declared: "Regardless of the consequences, not a single inch of Polish territory will ever be allowed to be occupied by Russian troops."

Surprisingly, but a fact: talking to official Paris in this style, Polish diplomats, politicians and the military did not lose confidence that in the event of German aggression, the French would literally rush to defend them ...

In the correspondence between themselves, the gentry also made fun of the participants in the tripartite talks. 18 August Lukasevich shared his joy with Beck: because of the stubborn position of Warsaw in Moscow "there are formal meetings, empty and inconsequential."

However, he laughs best who laughs last and without consequences. For the Poles, they came within a few days ...

Ctrl Enter
Noticed oshЫbku Highlight text and press. Ctrl + Enter
We are
Diplomats of the People's Commissariat of Defense: on the eve and during the warMolotov-Ribbentrop Pact - the policy of pragmatism
87 comments
Information
Dear reader, to leave comments on the publication, you must to register.