600 million rubles stolen from the military 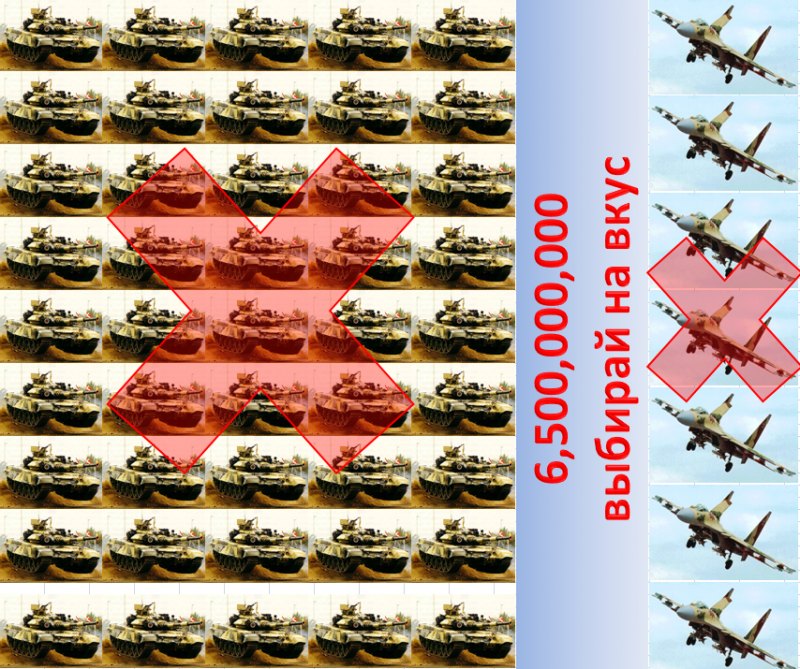 According to Sergey Fridinsky, the chief military prosecutor of Russia, every fifth ruble is being stolen from the money allocated by the budget for the army and navy. According to the National Anti-Corruption Committee, kickbacks in the Ministry of Defense are the biggest - up to 70%.

On September 27, Russian President Dmitry Medvedev sent a number of amendments concerning anti-corruption legislation to the State Duma. They give the right to dismiss employees of law enforcement agencies in connection with the "loss of confidence." Without a doubt, we are talking primarily about the representatives of the defense department of Russia.

In particular, the president proposed to introduce the article “Dismissal due to loss of trust” into the Law on Military Duty and Military Service. Apparently, this law will be supplemented with an article on the procedure for carrying out penalties for corrupt acts. In addition, a number of laws are proposed to include an article “On the recovery of non-compliance with prohibitions and restrictions, requirements to prevent or resolve conflicts of interest and non-fulfillment of duties established in order to combat corruption”.

Pavel Baev, a professor at the International Institute for the Study of Peace in Oslo, said in an interview to journalists: “Funds for the army are a tangible concept, since most of these funds go in fact not to the armed forces, but to the military industry, to the defense industry. And then where that money goes there, it’s almost impossible to answer, since it’s total opacity. ”

Leonid Ivashov, president of the Academy of Geopolitical Problems, states: “... If the chief military prosecutor of Russia has already made a statement that every fifth ruble is being plundered by the Russian Ministry of Defense. In that case, what can I say? If we evaluate everything that is currently happening in our armed forces, perhaps the Minister of Defense, and even some like it, but no more. ”

The chief military prosecutor of Russia told about the corruption scale in the army and the reasons for their causes back in May of this year in an interview with one of the print media.

Sergey Fridinsky is sure that the state defense order is nothing more than a feeder for corrupt officials of various stripes. This is due to "the imperfection of the legislation, the imbalance of the systems of financing and control, the lack of professionalism and the sluggishness of some OPK officials, as well as, most often, uncleanliness of businessmen."

He further noted that with an increase in the military budget, corruption schemes for stealing this money from the state are also improving. “For allegedly performed work, there is a whole structure of fictitious reports and forgeries. All sorts of "kickbacks" in the implementation of government contracts. Here is an incomplete list of what is included in the main arsenal of fraudsters. As a result, huge funds are being plundered, every fifth ruble is deposited in their pockets incomprehensibly from whom, and the army still receives poor quality weapons and equipment. ”

As an example, Sarapulsky radio plant in Udmurtia. He did not promptly fulfill the obligations assumed under the four state contracts for a total of almost 120 million rubles. And those advances in the amount of 80%, which were received from the budget, the management of the company spent on their current expenses. The management of the Kurgan Machine-Building Plant in the form of an advance received 350 million rubles. After that, this money “scrolled” for two whole months.
There are cases when the manufacturer for the manufacture of military equipment uses counterfeit parts or even second-hand, while giving them out for new ones. When checking aircraft repair plants, the damage that was caused to the country exceeded 90 million rubles.

In 2010, the military prosecutor’s office investigated over 3 thousands of crimes under state defense orders. The damage that could be borne by the country's budget, estimated at more than half a billion rubles, was reimbursed.

In the middle of the summer of this year, at a board meeting of the department, Sergei Fridinsky stated: violence and corruption in military life, unfortunately, are becoming a reality.

The Chief Military Prosecutor, as an example of bribery, spoke about the emergency at the aviation center in Lipetsk. There, during the distribution of additional payments to officers, the commanders “enriched” at the expense of their subordinates by more than XXNX million rubles.

Igor Sulim, senior lieutenant of the Lipetsk aviation center, said that the commanders from the pilots were collecting "tribute". According to the results of the inspection, in relation to the commander of the unit, Eduard Kovalsky and his deputy for educational work, Sergei Sidorenko, due to the abuse of office, a criminal case was opened under Part 1 Art. 286 of the Criminal Code of the Russian Federation.

On the facts of bribery and requisitions, investigations are conducted in almost all military districts and on navy. Sergei Fridinsky cited the following data: the damage to the state from corruption that his department revealed in the first half of the year amounted to more than 600 million rubles, six generals and more than 170 senior officers were brought to justice.

The share of fraud and fraud is 25% of crimes, the same amount - waste, bribery and misappropriation.

An example is the crime of the chief of the Main Military Medical Directorate of the Ministry of Defense of Russia, Alexander Belevitin. In the early summer of this year, he was removed from service and detained. According to a source from the prosecutor's office, Belevitin "is charged with receiving large sums of money as a" kickback "for the purchase of medical equipment." His subordinate, Colonel Alexei Nikitin, was detained along with him. During the investigation, both gave confessions.

Another example is the corruption scheme: on the public procurement webpage, military unit No. 55056 placed an order to hold an auction for the purchase of the patrol boat HAINES 400 Aft Cabin (Offshore) or its equivalent for the so-called state needs. The technical conditions stipulated that this boat should be equipped with two cabins, a two-zone galley, 2 bathrooms, a stove, a sink and a refrigerator, a separate shower, a spacious lounge and a latrine. Also provided for the possibility of organizing additional beds. Separately, there was talk that the boat should be equipped with additional lighting for stairs, beds and cabinets. However, all glass on the boat should be tinted. Well, to patrol the waters of the Black Sea without a grill and a 19 LCD TV with a built-in DVD is simply not possible. As they say, comments are superfluous.

The boat, according to the terms of the order, should have been sent to Sochi, its initial price - from 21 936 628 rubles. It should be noted that the value of the contract (lot) was set on the basis of the lowest prices that were submitted by suppliers.

Not bypassed the corruption scandal around the new military uniform, which was developed by Valentin Yudashkin. As a result of a massive cold, 800 was hospitalized. It happened in the Voronezh region in the garrison of the city of Ostrog 30 September. According to military doctors, the diseases were associated with a weak soldier immunity. The military prosecutor's office has established a completely different fact - the form in which “people are freezing” turned out to be guilty.
Ctrl Enter

We are in Yandex Zen
What we lost
29 comments
Information
Dear reader, to leave comments on the publication, you must to register.