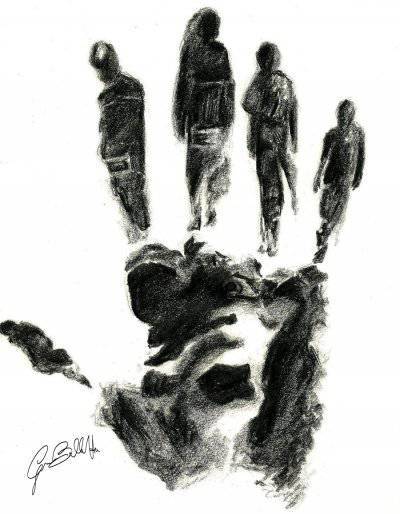 The whole world has long been saying that 99% of the total planetary capital is concentrated in the hands of the owners of major transnational corporations. However, if earlier such words remained only words, now they have a sufficiently strong basis. The basis of this is called world economic studies by specialists from the University of Zurich (Switzerland).


Scientists decided by computer simulation to investigate the level of integration of world financial institutions and various business communities. A truly impressive base consisting of 43060 TNK (transnational corporations) was used for the study. This figure was not taken, as they say, "from the ceiling", but was obtained as a result of even more global economic research. 43060 was selected by the sorting method from more than 37 of millions of TNCs studied worldwide. As a result, the uncompromising machine produced quite shocking results.

So, the calculations of Swiss scientists have shown that most of the 43060 TNCs under study have common assets, which indicates their unambiguous relationship. The financial impact model singled out 1318 companies that did not have overlapping economic potentials at the first stage of the study. However, in the course of further work, it turned out that the selected 1318 had direct or indirect connections (up to affiliates) to each other. The computer program showed that, of the number indicated, about 147 companies could be called the main core of the global economy. Most of these 147 mi belong to financial institutions, including Barklays, Capital Group, Merril Lynch & Co.

If we consider the total income detected by the computer system of the financial core, it is 40% of the entire global economy. And still 20% fall on companies that are somehow connected with the “core”. It would seem that the remaining 40% fall to the share of all the rest, but, as already mentioned, the lion's share of this amount is also divided into affiliates or subsidiaries of the same “core”.

As a result, it can be stated that out of 37, millions of 147 transnational corporations manage major wealth. It turns out that the fate of people is not even in the hands of 1% of financial magnates, but among several thousand people who are trying to continue to divide spheres of influence.

According to data published by Swiss researchers, one can say that the globalization of the modern world has reached its apogee. Every breath of the world economy can not do without the "jerking of a string" by managers from TNCs of the main financial core.

For obvious reasons, the financial collapse of one company leads to the collapse of the entire system that has been formed. And this system is becoming more and more like the dominoes placed next to each other. The closer they line up to each other, the faster the crisis wave spreads with unstable behavior of one of them. To rebuild such a system that has evolved over decades, in the near future is simply impossible. And is it necessary to reform the ideological inspirers of their “child” themselves?

It turns out that the only way of global financial change is external influence. Whether this occupation of the Occupy Your City is relevant is a very controversial issue.

Sad as it may be, even if there is some external force in the world to carry out economic reformation, the process will be extremely painful and obviously extended in time.

We are in Yandex Zen
Way out of chaos
"Simplicity is worse than theft"
30 comments
Information
Dear reader, to leave comments on the publication, you must to register.