In Donetsk, the OSCE missions painted their eyes, and in Lugansk they celebrated the 100 anniversary of the birth of Matusovsky 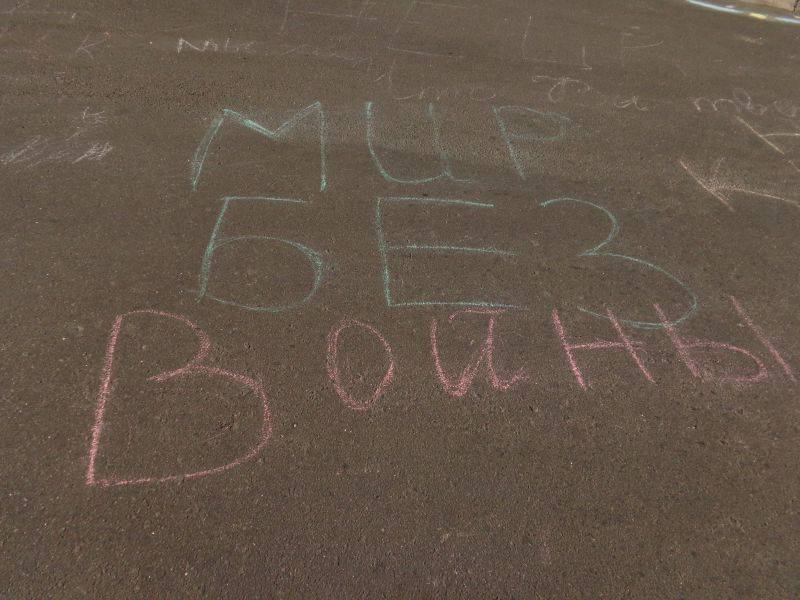 On July 23, a popular rally was held near the Park Inn Hotel in Donetsk, where OSCE observers live. Residents of the DPR resented the "blindness" of the mission, its streamlined language, and unwillingness to see the suffering of the people of Donbass.

In particular, the Pitmen raised the question of the strong shelling of the city on July 18. OSCE observers were forced to admit: the fire was fired from Avdeevka and Sand. But all the wording is so “neutral” that there is no question of bringing those responsible to justice to justice.

People brought photos of the shelling sites, portraits of the dead, as well as fragments of shells to the building. Drew on the asphalt suns and hearts, wrote slogans about the world and about the fact that the Donbass does not put on his knees. Pasted on OSCE cars stickers: "We want peace." We drew the eyes on the same machines: so that the observers would stop being blind. So they wrote: "$ sculpted" - hinting that this blindness is well paid ... 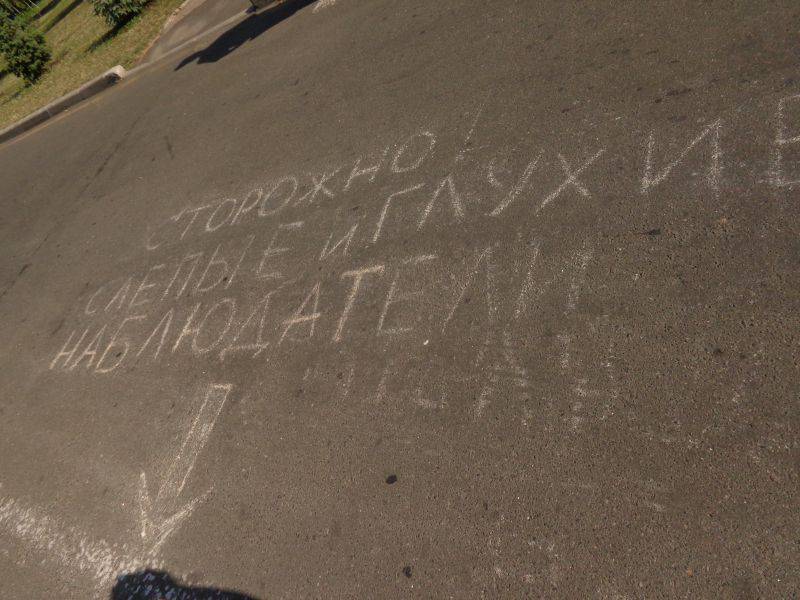 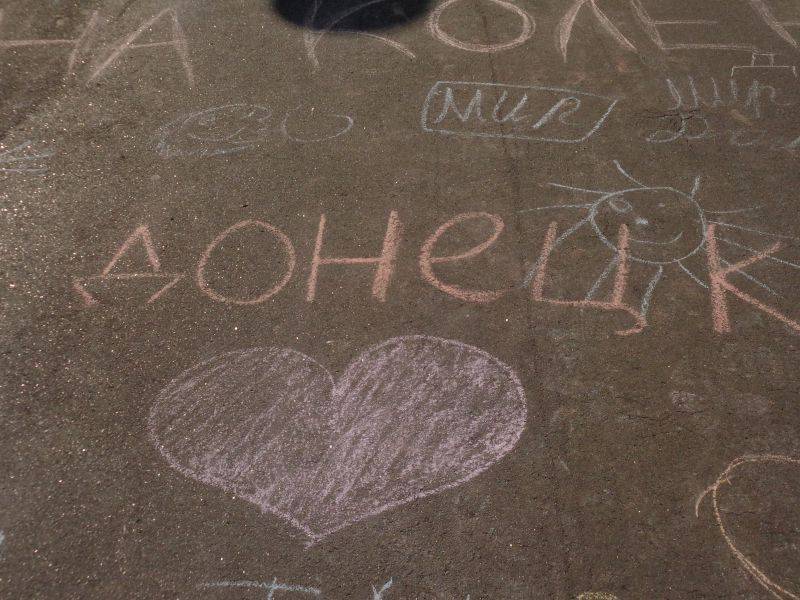 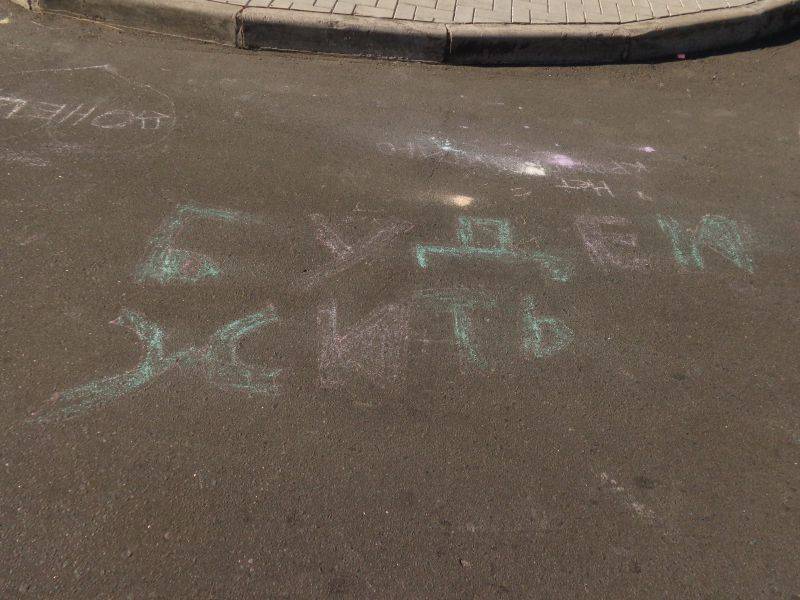 Unfortunately, I did not manage to get to the share. When I went there, the hotel had only drawings on the pavement, by then already half-rubbed.

As eyewitnesses told, the mission members personally washed the cars. “At least once the observers took up the case,” the Donetsk residents joked bitterly. After all, previously these gentlemen could only be seen sitting in the most expensive restaurants of the city - against the backdrop of the poverty of most people. And here - the gentlemen from the OSCE suddenly called upon to remember children. 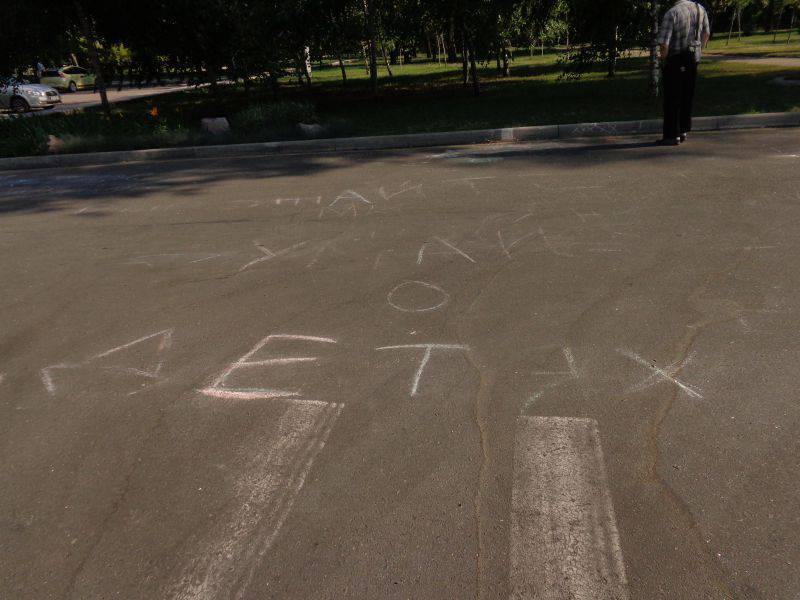 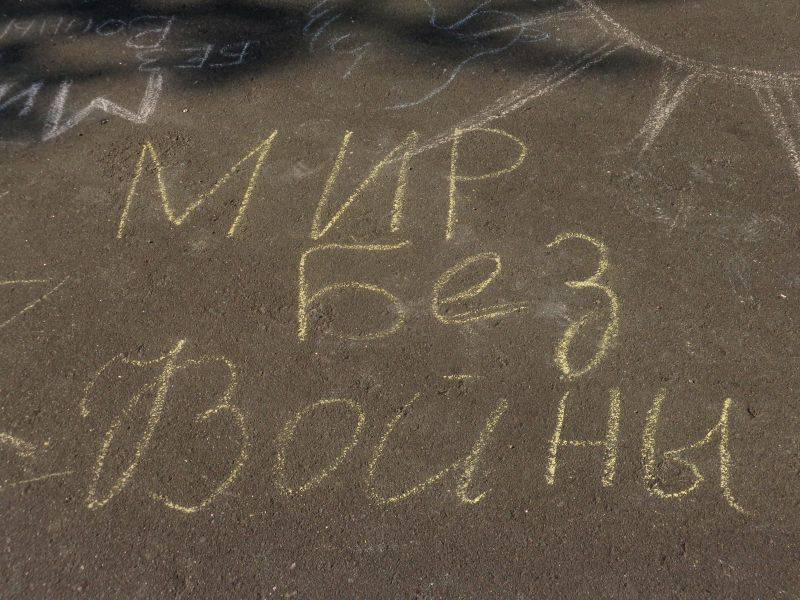 The head of the city administration of Donetsk, Igor Martynov, was with the protesters. He and several other people went to negotiations with OSCE observers and handed them a resolution demanding citizens.

According to the results of the action, Martynov said that the main task for observers is to convince the residents of Donetsk that they need them. What is necessary is to indicate exactly where the shelling is from.

The OSCE mission hastily moved. Its head, Alexander Hug, urgently arrived in Donetsk. He promised that the investigation of the July 18 shelling will continue. 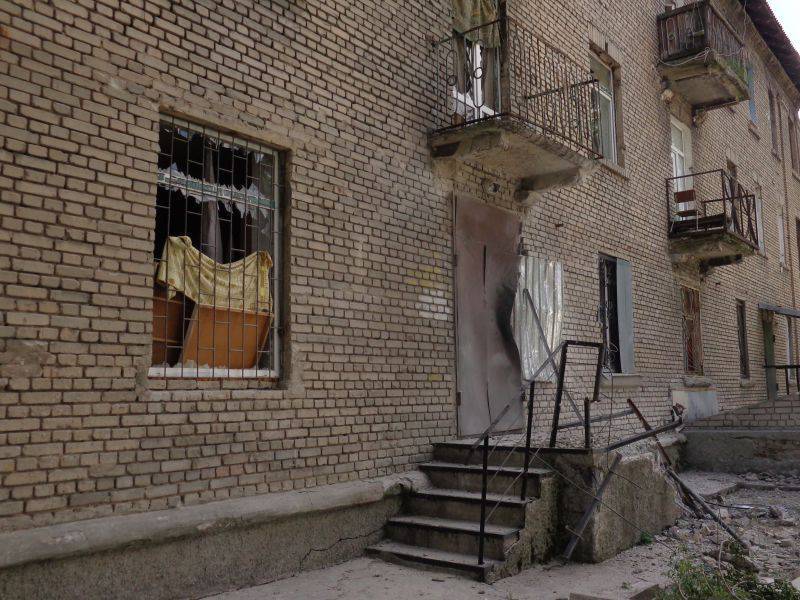 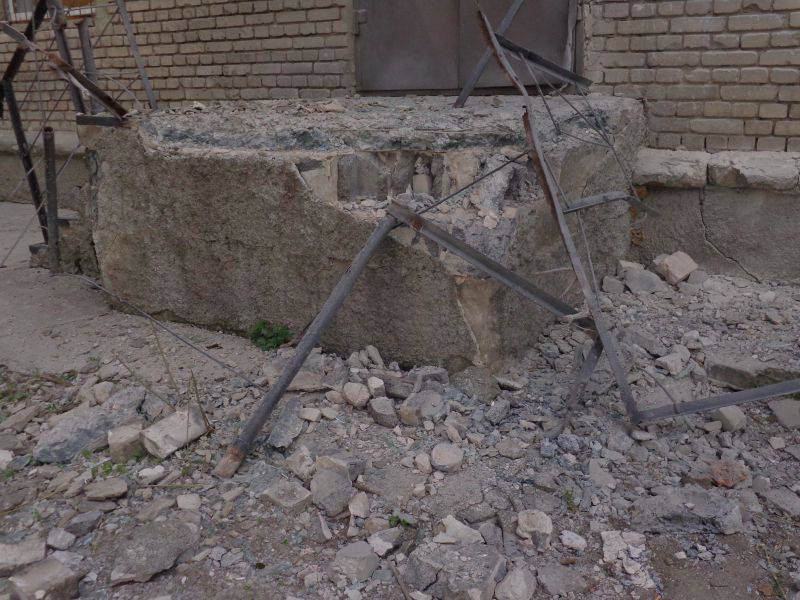 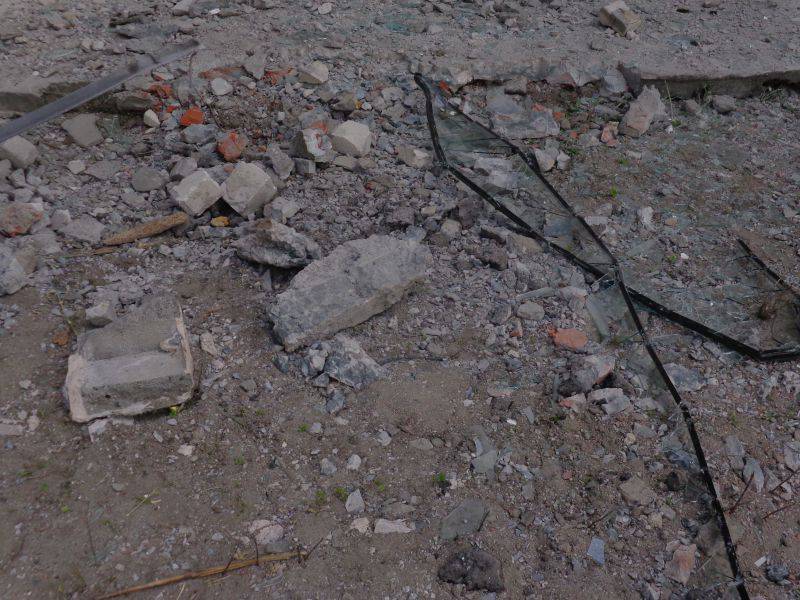 Hug demanded to punish the protesters for the painted cars. Say, they are "disabled for several days" (although everything was washed away after a few hours). 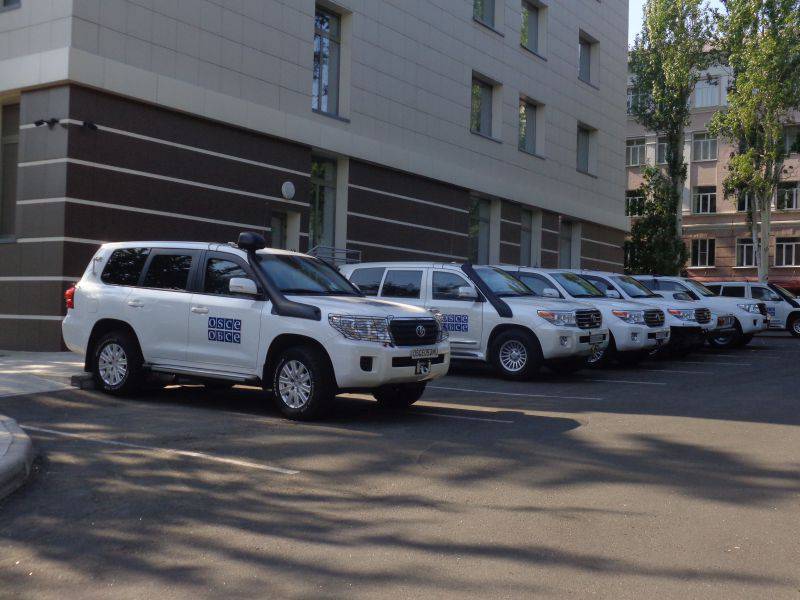 And who will punish the Kiev junta for the much greater damage suffered by the citizens of Donetsk and Lugansk People’s Republics? For ruined apartments, cars, houses? And most importantly - for the damage that is absolutely impossible to compensate - for the dead people of Donbass? Mr. Hug has no answer. Painted eyes do not help Europeans see a drop ...

Meanwhile, the Lugansk People’s Republic celebrated the 100 anniversary of the birth of the outstanding Soviet poet Mikhail Matusovsky, the author of numerous songs well known in the people. He was born in Lugansk 23 July 1915 of the year. He graduated from a construction college in the same city, worked at a factory, and during free evenings he wrote poems that were published in local newspapers. Then he went to Moscow - to study at the Literary Institute. Gorky.

During World War II, Matusovsky worked as a war correspondent. In addition to reporting, he published poems in the front-line newspapers. His first song was created together with the composer M. Fradkin - “I returned to my homeland”. Many works of Mikhail Lvovich devoted to his native Lugansk.

Perhaps the most famous song of the poet’s poetry is “The Ballad of a Soldier”:

By the field, along the steep coast
Past the hut
In the ordinary gray overcoat
It was a soldier.
He was a soldier, a servant of the Fatherland,
It was a soldier in the name of life,
Saving the earth
Defending the world
The soldier went ahead!

And today, soldiers of the DPR and LNR armies also protect the world and save the earth from neo-fascists. They save, contrary to the opinions of all European and American officials ...

And again, when now Ukrainian bombs are flying into schoolyards, you can recall the song to the verses of Matusovsky “We are children of the wartime”:

We gulped in grief in abundance
We were awakened by anti-aircraft guns at night,
Fascist bombs flew
On our school courtyards.
Under the formidable peasant sky
Blockade-fed bread,
Grown up earlier than necessary,
We are children of wartime. 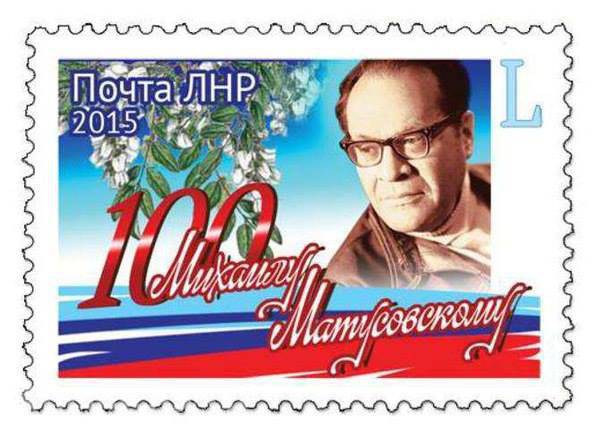 In honor of the poet's 100 anniversary, the people of Lugansk released a postage stamp with his portrait. Yes, now the mail in the Donbass practically does not work, but its work will definitely be restored. And this beautiful brand created in the most difficult time of the blockade and war will be in circulation. At a time when people often sing a song to the words of Matusovsky: “The Messers were circling around us, and it was visible, as if during the day. But only stronger we were friends under cross artillery fire. ” Indeed, under artillery fire, real people are better friends.